Mosfilm enters its 90s with some grump and a limp 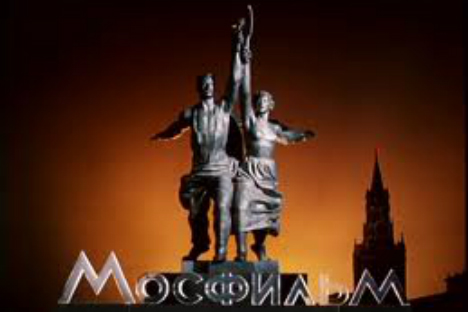 Mosfilm enters its 90s with some grump and a limp. Source: Press Photo

Television station orders now make up 70 percent of Mosfilm's total production and are putting their traditional movie projects on the back burner.

Aging is taking its toll on Mosfilm.

One of Russia's oldest and largest film studios will celebrate its 90th anniversary later this year, and befitting this hefty life experience, it is struggling to keep up with the newest trends. Mosfilm's general director Karen Shakhnazarov spoke last week about its efforts to modernize, but added that its prime years of big studios and movie theatres have flittered away.

Television station orders now make up 70 percent of Mosfilm's total production and are putting their traditional movie projects on the back burner.

“I think that we can't change this,” Shakhnazarov said. “Television stations have the money and the big production orders. They don't just film soap operas now; they work on serious, large-scale projects with huge stage decorations and big budgets.”

Shakhnazarov predicted that there would soon be fewer movie theatres as audiences switch to advanced television sets.

“In all the big studios around the world, movies are going to the wayside, and I think that this is also inevitable because the cinema, of course, will start to give way to television.”

Shakhnazarov was appointed general director in 1998. He recalled that at that time the studio had no money in its budget, its stage pavilions were in ruin, and the newest cameras they had dated back to the 1980 Olympic Games.

The most valuable thing that Mosfilm had was its collection, including iconic Soviet movies such as Leonid Gaidai's Shurik comedies and the Oscar-winning War and Peace. Shakhnazarov successfully sold the viewing rights to the movies and used the money to invest into new technology for the studio, starting with German-made lights.

These steps baffled the directors of the other movie studios in the country, which had just descended into a mass economic crisis.

“Nobody wanted to invest. Everyone thought that this was it — the end,” Shakhnazarov said.

Shakhnazarov's modernization efforts gave Mosfilm an edge over its local competitors, but now the studio has come face to face with another obstacle: Russia has few technical specialists who know how to work with the new equipment.

The most deficit professions in the Russian film industry now are not directors or actors, but specialists who can wield a digital camera, Shakhnazarov said. Contrary to Hollywood, where there are thousands of professionals working in various industry segments, in Russia there may be just one or two experts working in a particular field.

To make matters worse, there are few places where people can get training on modern equipment. Mosfilm offers free courses to train video engineers, but its next graduating class is made up of just four students.

At this point, it even appears easier to recruit foreign stars into Russian films. One option would be new Russian citizen Gerard Depardieu. Shakhnazarov said he doesn't yet know of any plans to invite the actor to take part in Mosfilm's productions, but added that he would welcome such an initiative by the other directors.

“That wouldn't be a bad thing. We do little work with foreign film studios. That is, of course, a problem for Russian film because by its nature the film industry needs foreign contacts,” he said.

And while Mosfilm directors wait for Depardieu to make his characteristically flamboyant entry onto their movie sets, the esteemed film studio can settle into the familiar task of educating the youth. Many of Mosfilm's works are included on the list of 100 Soviet and Russian films that the Culture Ministry is advising teachers to show their pupils. Among them are such Mosfilm classics as Battleship Potemkin about the sailors' mutiny and the Stalin-era comedy Jolly Fellows.

Shakhnazarov said the idea to have such a list was generally a good idea, but advised against including any movies that were made during the last two decades on the roster because these movies have not yet withstood the test of time.