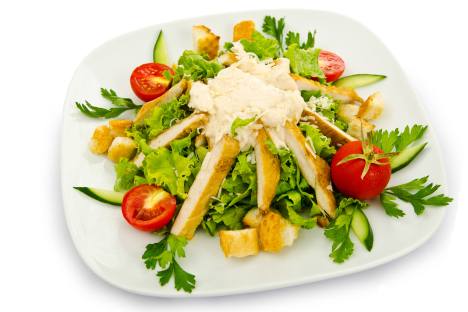 Some imported dishes are becoming local favorites among Russian restaurant-goers.

Over the past 20 years, Russia has seen a parade of national cuisines come through: There are pizzerias, sushi bars, Arab cafés with a hookah lounge and food kiosks with Uzbek flatbread nestling next to each other on the same streets. Russky Reporter picked 10 of the most popular imports and discovered how immigrating to Russia has affected each of them.

Russia has quite a history with French cuisine. In fact, in tsarist Russia, Russian haute cuisine was very much under the influence of French and the Russian nobility inclined were to employ French chefs. Half the menu at Moscow’s Café Pushkin, which boasts “old Russian noble cuisine,” is actually French.

Contemporary French cuisine has, however, penetrated Russia from a different – and much less grand – entrance: mini bakeries, small cafés and bistros. Baguettes, croissants, brioches and La Tarte Tropezienne are no longer exotic, while the Jean-Jacques bistro, offering what could be described as an unsophisticated menu, has become a favorite haunt of progressive Muscovites.

Meanwhile, cheese in Russia most often comes in a sandwich and is served as a snack. This tradition, however, runs counter to the French one, which presents an assorted cheese platter as a dessert, and the most popular one at that. Most Russian restaurants offer a compromise: they usually feature a cheese platter on their menus but in the opening section, among the hors d’oeuvres.

If a small Russian town has just two restaurants serving imported dishes, one of them, whether it be an expensive restaurant or a mere snack bar, is bound to serve pizza and pasta.

Russia has actually the same preferences as the rest of the world: spaghetti carbonara and pizza. Russia's favorite drinks include wine, grappa, and various sweet liqueurs served after dinner “for digestion.”

Yet Russian chefs do not confine themselves to the few hundred pizza recipes known in Italy. Russian cooks have created their own versions, giving a wide berth to their imaginations. For instance, they are prone to top their pies with foods that would make a genuine pizzaiolo shudder: pickles and mayonnaise. The resulting dish may be dubbed, for example, a “Siberian” pizza.

Many people believe that the United States hardly has cuisine. The general misconception is that it is either non-existent or it is pure McDonald’s. American cuisine is often renounced even by those who prefer Tabasco to all other sauces, Caesar salad to all other salads, and cheesecake to all other desserts. Even so, American television series like Sex and the City have done a lot recently to popularize U.S.-style city cafés among young ladies. Even the hamburger has, to a certain extent, been acquitted.

In Russia, onion potato chips with mushrooms and beetroot salads often go down as traditional American snacks and side dishes, while they are not exactly popular overseas. Conversely, menus rarely offer Waldorf salad with chopped apples, celery and walnuts, although it matches in popularity in the United States the Caesar salad so loved by Russians. Of all American drinks, Russians have developed a liking for beer, bourbon, California wines and, of course, Coca-Cola.

Latin American outlets have skyrocketed in popularity among Russians, although they are most often visited in order to watch a soccer game in the company of friends, dance salsa or have some beer or tequila, rather than to enjoy the exquisite cooking. This has simplified Latin American food served in Russia – not too complicated in itself – almost to the level of fast food.

The most popular dishes here are burritos and nachos and, as a rule, no chili con carne or mole sauce, are featured on the menus of Russian restaurants. Beer, tequila, Margarita cocktails and sangria are a hit, however.

Japanese cuisine has established itself so firmly in Russia that many are already anxious for it to fall out of vogue. It is quite possible that this will never happen, though. Simple as far as the actual cooking is concerned, healthy, low-cal and delicious, Japanese food has almost become national in Russia. You can find sushi bars everywhere: at railway stations, airports, megamalls and lobby cafés in movie theaters.

But they are not taking risks by serving live seafood in Russia so far. Likewise, you will never find pufferfish here, since, if handled incorrectly, it can cause paralysis and even death. The Japanese consumption of the fish, however, reaches 2,000 tons a year.

The Japanese are indifferent to confectionery, favoring fruit or the local jelly-like sweet bean paste on cakes. Russian restaurants are not, however, that austere, offering the conventional fatty cream desserts to round off a dinner, but serving these in Japanese-style smaller portions. Sake, shochu (rice, barley or sweet potato spirits) and green tea are also popular.

Chinese cuisine had a bad reputation in Russia for years. It was assumed that people in the land of Chairman Mao ate mostly fairly inedible things: rotten eggs or birds’ nests. Yet, as Chinese restaurants started to pop up here, it turned out the actual dishes were much less scary.

The most popular Chinese dishes in Russia are Chinese dumplings (dim sum) and Chinese noodles with various toppings. Additionally, almost every restaurant decorated with Chinese lanterns and lacquered dragons offers Peking roast duck. Favorite drinks are rice wine, beer, maotai (sorghum spirits), and different sorts of tea (including white tea from tea buds that have not yet fully opened).

Vietnamese outlets offer their guests dishes that are no less exotic than Japanese but much more authentic, and at astonishingly low prices.

The most popular dishes include a variety of noodles with different toppings. Russian clients have not yet learned to consume a wide range of Vietnamese dishes with a variety of meats. Vietnamese chefs in Russia never go more exotic than snails or moray eels.

Most fans of Indian cuisine in Russia are vegetarians. Vegetarian cafés and restaurants do not always claim to be Indian, but their walls are certainly decorated with pictures of multi-armed gods, the menu proudly features Paneer cheese and lentils, and invitations to take up yoga or advertisements of Goa tours are laid out at the entrance.

The most beloved dish is curry. The drinks most often ordered are Masala chai with milk and sugar and lassi (a yogurt, water, juice and fruit shake).

Meanwhile, mixes of various dishes on a single plate are not as common in Russia as they are in India. Furthermore, the menu of a restaurant in India would never include beef, while the menus of what is claimed to be Indian restaurants in Russia quite often feature the meat of this sacred animal.

Georgian food is the most popular of the former Soviet cuisines in Russia. In some Russian towns, it is far easier to find a good Georgian restaurant than an outlet offering traditional Russian fish broth or pies.

The most popular dishes with Russians are lamb and veal shashlik. In the Caucasus, the meat is usually marinated in red wine or pomegranate juice. Russians like to add a drop of vinegar to it. Shashlik is roasted over an open fire.

Lobio (stewed beans), khachapuri (a piece of flatbread with cheese, meat or steamed fish), and tkemali (a sour sauce made of plums) are also in great demand. Fresh greens (sweet basil, parsley, coriander, fennel) are used in almost all the dishes or even eaten alone in bunches. Russians also like Georgian wine, with the semi-sweet Khvanchkara and Kindzmarauli being the most celebrated brands.

The only drawback of nearly all the dishes of the appetizing and delicious Central Asian cuisine is that none of them is exactly good for you.

The best-known dish in Russia is pilaf, and there is an abundance of different recipes for it. Yet, whatever the recipe, the tradition has it that it should be cooked by a man, and eaten with the hands. A samosa – unleavened puff dough pastry with meat, greens and vegetables spiced with jeera and black pepper – are usually tasty irrespective of the cook’s gender. Russians wash this down with green tea with orange or lemon juice, followed by desserts of pomegranate, strawberry or unripe grape sherbet.