Secrets of the Russian publishing world 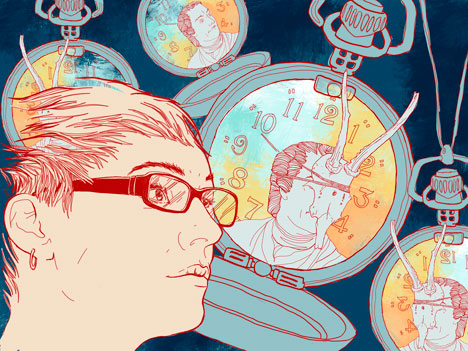 The prominent publisher of Viktor Pelevin's and Dmitry Bykov's books reveals the tenacity of submissions in a country with few literary agents.

There are hordes of writers in modern Russia, a good 20 of them for every 24 hours, seven days a week. Why am I quantifying writers in hours, you may ask? Because it is the busy publishing house editor’s most reliable means of logging the deluge of submitted manuscripts.

Day after day, Russian-speaking authors from around the country and abroad send me novels, novellas, short stories, poems, essays, articles and items that often defy categorization (although they are for the most part political propaganda). I find up to 20 texts when I open my mailbox each morning, file them in folders, peruse the content and assess there and then whether or not I can get them into print.

Sometimes it seems that I am dealing with a Russia that has no collective consciousness and is geographically disembodied, strewn across every continent. And in itself, this might be regarded not as literature per se but as a kind of living flow of written human expression - just recall how Anna Akhmatova wrote about “the tormented mouth, through which one hundred million people scream.”

Here we have a somewhat similar situation, only the one hundred million scream straight into my email inbox. Obviously it is physically impossible to publish every one of these writers. But publishers do, in my view, fulfill a certain social function; in today’s socio-political and cultural conditions, people simply have nowhere else to take their problems (mostly of a worldly rather than philosophical nature), since the institutions that should deal with them are in a continual state of collapse.

And so you find yourself sitting one-to-one with the one hundred million, wondering what to make of it all. The late autumn and early spring months are the busiest, when all kinds of upheavals beset our country.

During the most active days of the protest movement, when people started to attend demonstrations like they would class reunions, the editorial staff was inundated with submissions about “thieves and swindlers.” Their artistic virtues were extremely dubious, but the striving of the authors shone through nonetheless, namely to strike this vile metal while it was still hot.

Who could put a price on that one submission to me recounting a love story that blossomed at the barricades between a female revolutionary and an OMON riot cop.…

Then this protest movement gradually settled down and everyone started to count down the days to the end of the world. I myself awaited it with poorly concealed sarcasm, since I knew that on December 21, 2012, my inbox would be transformed into the very gates of Hell. First came the timid offerings of a sudden flux of esoteric contributors, ultimately crowned by the author who informed me that a fleet of alien spacecraft was heading towards Earth.

While I was not directly tasked with the neutralization of these extra terrestrials, it still fell to me to ensure, through the book’s publication, that the population of the southern hemisphere knew it had to perform an emergency evacuation (although the small matter of where to this day remains unresolved).

The author, a woman I’ll call K, informed me of this impending alien onslaught by email and telephone daily till the very morning of December 22, which had without incident followed the end of the world. Moscow’s roofs were covered with snow, people hurried to work and made plans for the future, and I didn’t manage to save the southern hemisphere after all.

Of course, like their authors, the manuscripts are subject to a variety of fates. And among this occasionally insane deluge of material there are sometimes, albeit very rarely, texts that usher the author into the publishing world and spawn a series of subsequent works. This was the case with Igor Savelyev’s “Tereshkova flies to Mars.”

The 27-year-old journalist from Ufa sent me a novel that was basically about himself and the young dreamers of his generation. I saw in this novel not just a philosophy for a generation, but a clean and concise dispatch addressed to those gifted with clarity of mind, a quality that vanishes very quickly among literary artists.

Another lucky stroke occurred with the manuscripts of Carpathian writer Mariana Goncharova, and with the wonderfully incisive and topical “Ursula’s Monogrammed Shoulder,” by Samara-based writer Nalatya Fomina.

So you can never tell what you will find in your mailbox any given morning, whether it will be a warning about yesterday‘s end of the world, or tomorrow’s new bestseller.