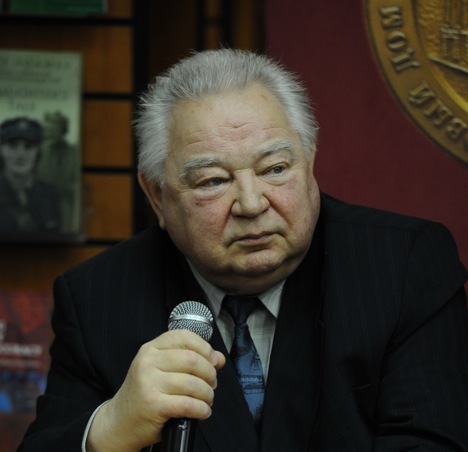 Georgy Grechko: "I do believe that space projects should be international, and that a manned flight to Mars when it takes place will be an international effort". Source: Photoshot / Vostock-Photo

Retired Soviet cosmonaut Georgy Grechko, who was awarded the Hero of the Soviet Union title twice, spoke to RIR about the times of the Space Race between the USSR and the USA.

Could the Space Race be described as an extension of the Cold War into space?

I don't know how the politicians viewed it but we the cosmonauts and those who took care of the technical aspects of the space programme did not think of the Americans as our enemy. We thought of them as our colleagues. We were doing the same thing, we faced the same dangers, and in joint projects such as Apollo-Soyuz we relied on each other's professionalism, not on politicians. For us, politics took a back seat to everything else.

The Soviet Union had a history of major breakthroughs in space exploration; it was leading in virtually all areas, including the first artificial satellite, dogs in space, Gagarin's flight, the first EVA, the first space rendezvous, and photographing the far side of the Moon. However, even though the USSR became first to reach a lunar orbit, it was the USA that eventually landed on the Moon. Why so?

If you open a Soviet dictionary of philosophy published in those times you will discover that cybernetics was treated as a pseudo-science. Specialists in cybernetics were actually persecuted for their “ideologically wrong” views. But advances in cybernetics were essential to the development of spacecraft control systems.

I once saw examples of Soviet and US instrumentation from that period demonstrated side by side. Our device was the size of a fist, whereas its US equivalent could be placed on a fingernail. Quite simply, our lunar craft could not have accommodated all the necessary equipment. We used to joke that Soviet calculators were the biggest in the world.

We lost the race to the Moon because we didn't have enough time. As the Americans were already preparing to land on the Moon all we could realistically do at that moment was orbiting the Moon and returning to Earth. That mission got scrapped by the politicians who decided there was no point in proceeding with the plan now that the Americans had landed on the Moon. Although everyone involved in the planning of that project believed that we should have proceeded with it in order to gain valuable experience and test new technology.

To what extent did the death of rocket engineer Sergei Korolev affect the Soviet space industry?

Korolev was the person that consolidated everyone. So great was his authority that all the veteran designers who knew their worth were working under him as a single team, which not just added up their individual skills but multiplied them. Under Korolev, the Soviet space designers were truly united.

When Kennedy became US president he invited Khrushchev to unite efforts in space exploration. Do you think the USSR should have accepted that invitation?

Had our two countries' capabilities been roughly similar at the time, then perhaps Moscow would have accepted the offer. But we were then miles ahead of the USA in space exploration, and Khrushchev was loath to share our achievements. Then the Americans outstripped us and it was their turn to decide that they did not want to share with us. In general I do believe that space projects should be international, and that a manned flight to Mars when it takes place will be an international effort.

Does this mean that the Apollo-Soyuz project became a breakthrough in the relationship which was otherwise based on competition?

It certainly did. Not only was it a breakthrough in space exploration, it became an important milestone in the relationship between our two countries. The Soviet and US leaders and ordinary people said: now that we work together in orbit why cannot we work together on Earth? It was a very important mission in that it changed people's way of thinking, which is much more difficult to achieve than changing a rocket design.

The so-called market reforms have virtually ruined the space sector, which has long lead times and cannot bring a quick buck. Industry veterans with their colossal expertise were given the boot, and those young specialists who came in their place had to restore the lost knowledge from scratch. They are now gaining the experience that we had back in the 1950s and 1960s. Their best performance indicators roughly coincide with how we used to perform in our worst years. Perhaps in 10 to 15 years from now the situation will improve, but where our competition will be by then is anybody's guess.

During the Cosmonautics Day celebrations President Vladimir Putin spoke at length about the need to revive the space industry and promised hefty funding for the sector. Do you think this will work?

I am 80, and all these past years I have heard the country leadership repeat the same words over and over again. Korolev once said that after the Sputnik launch Khrushchev summoned him and told him to produce some new achievement within a month's time. To which Korolev replied that not everything depended on himself and his team; that other ministries were involved in the process and could miss the deadline. Khrushchev then gave him an office in the Kremlin, vested him with the power to issue any orders to anyone, “and whoever dares disobey you will deeply regret it.” But what do we have now? Can Russian Space Agency head [Vladimir] Popovkin actually issue orders to ministers, tycoons, etc.?

The space industry used to be a driver for many other industrial branches. We had unique workers that could work miracles with metals, for example. We had outstanding engineers who needed no blueprints but could work from sketches. We had ingenious scientists. Now our geniuses are being mistreated at home but have a red carpet rolled out for them [at NASA – RIR]. No amount of good words can satisfy the need for concrete actions.