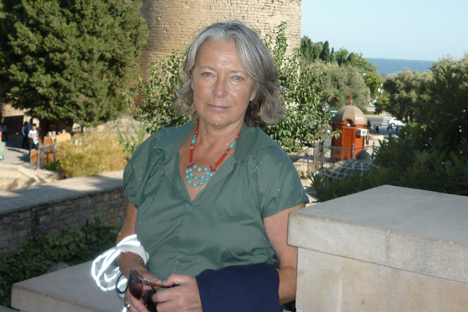 Anna Worontzoff-Weliaminoff, linguist and great granddaughter of the iconic Russian writer, recommends reading his works in their original language and opens a treasure chest of memories with RIR on his 214th birth anniversary.

What does it mean to be a descendant of a world-renowned literary genius such as Alexander Pushkin? Is it difficult to carry on his legacy? We talked to well-known linguist and descendant of Pushkin, Anna Worontzoff-Weliaminoff on the 214th anniversary of the poet’s birth.

Professor Worontzoff-Weliaminoff, how difficult is it to carry on the cultural legacy of an ancestor as important as Alexander Pushkin?

It is very difficult, and something that has always surprised me is how the descendants of Dante and Leopardi in Italy and Shakespeare in England are not as well-known as we are here: it’s amazing how the love that Russians have for Pushkin also extends to his descendants and his entire family. I find this affection they have for Pushkin very beautiful and moving – it is he, after all, that best portrays Russian culture and spirit.

Which country, besides Russia, loves and is most familiar with Pushkin?

Pushkin is pretty well known in Italy, as well as in France and in the Anglo-Saxon countries. Of course, Pushkin suffers from the fact that his poetry loses a lot in translation. So, to understand and really love Pushkin, you need to know Russian and so this limits the dissemination of his works. However, I believe that Pushkin is increasing in popularity, even among those who do not have direct knowledge of the language.

Are there any secrets or unpublished stories about the great Pushkin kept by his family?

There is nothing new or unknown about Pushkin. There are dozens of Pushkin scholars who have studied everything there is to study and have ransacked all the files and archives, so there is no longer anything new.

Does his family conserve any objects that belonged to the great poet?

No, Pushkin’s children have already donated everything to museums, especially to the Institute of Russian Literature (Pushkin House) in St Petersburg. My father owned the seal of Pushkin’s wife, Natalia Goncharova, but then gave it to the Pushkin House Museum, which is located at number 12 Moika Street in St Petersburg – the last flat in which Pushkin lived.

Have you visited the places connected with Pushkin?

Of course. I’ve visited several museums dedicated to him, and there are many in Russia. Tsarskoye Selo, the high school where he studied and where he spent his youth. And most importantly, I had the pleasure and the privilege of visiting Mikhailovskoye, the property where he spent years in exile and where he began to write some of his most famous works.

What would you recommend to keep Pushkin's name alive around the world?

We need to find brilliant translators, maybe even poets that are capable of undertaking new translations of Pushkin’s works to make the most of his poetry.

On the occasion of Pushkin's birthday, what message would you like to send to our readers?