Moscow museum brings public face to face with the USSR 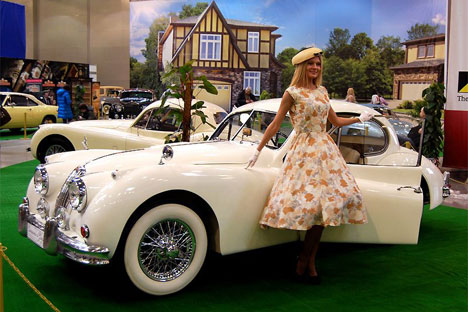 The organizers of the museum are helping people to remember their childhood and youth. Source: Facebook.com / museumic

A unique place where a Maxim gun lies peacefully alongside toys and early computers are displayed next to milk cartons.

The Museum of Industrial Culture is reminiscent of a storeroom, shed, or closet, with tons of things that you cannot let go of — although you are sure you will never use them in your life again.

There is no entrance fee, and there are no museum attendants watching your every step; yet this museum seems to have all of the things that used to define the Soviet lifestyle.

Even the staff cannot say for sure how many exhibits there are in the museum. The display has formed over the years: Exhibits are added by the founders of the Museum of Industrial Culture, and by visitors, too.

“The collection is constantly being replenished,” says Lev Zheleznyakov, director of the museum. “You couldn’t call us a classic museum in the proper sense of the word. When we had this idea, our mission was to welcome people and their families, who will share the stories of the things they had encountered in their lives.”

The collection is amazingly varied: A Maxim gun lies next to toys; the first Soviet washing machines are placed beside early personal computers and an ancient dental drill.

Radios and radio recorders are arranged around a gramophone, which can be wound up to play one of the many vinyl records displayed in the museum.

The public is understandably fascinated by the first Soviet, mass-produced, TV set — the KVN-49. This black-and-white “dream of millions” was produced from 1949 to 1967, with some modifications.

The screen was tiny and a plastic magnifying lens was used to make the picture appear larger.

“Take a look: There is a hole in the back of the lens to fill with water or glycerin,” says Lev Zheleznyakov. “The filled lens made the picture look twice as large, and you could watch TV without sitting right next to it.”

Because it broke down too often, the acronym KVN was wittily deciphered as “Kupil—Vklyuchil—Ne rabotaet” (“Bought it—Turned it on—Doesn’t work”).

Old cars stand side-by-side with a postal sledge, the first Soviet motorcycles, sewing machines, motor boats and film projectors that rattled and chewed up film in cinemas only a few decades ago.

The “school corner” features a school uniform, backpack and school supplies, as well as a real wooden desk with a round socket for a no-spill ink-well and an oblong slot for a fountain pen.

Such desks were in use in some Russian villages up until the 1970s.

“Fyodor Erisman, an ophthalmologist and professor at the Imperial Moscow University, proposed the design of the desk in the 19th century,” Lev Zheleznyakov says.

“As you can see, the bench, the table with an inclined board, and the foot rest form a single whole. Such a design helped students maintain a correct posture and preserve their eyesight.”

The Museum of Industrial Culture has a variety of Soviet packs, bags and wraps.

It seems that only yesterday people were buying all of the things on exhibit at the museum in grocery and hardware stores: turning them on and off, wearing them, or giving them to each other.

In short, the organizers of the museum are helping people to remember their childhood and youth.

3A, Zarechye Street, Moscow; Take the Metro to Lyublino or Volzhskaya station

Entrance is FREE OF CHARGE