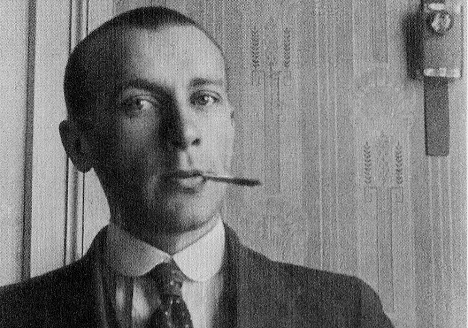 Bulgakov’s philosophy and style are embodied in the works of one of the greatest contemporary Bengali writers.

If Russian and Bengali literature are ever mentioned in the same breath, there’s usually talk of the influence of Marxism on Manik Bandopadhyay or how the Russians were inspired by the works of Rabindranath Tagore. Little known to those not familiar with contemporary Bengali literature is the influence of Mikhail Bulgakov on Nabarun Bhattacharya. ‘Nabarun’ as he’s widely known in West Bengal is a critically acclaimed contemporary writer of Bengali fiction and poetry.  Just like Bulgakov’s ‘The Master and Margarita,’ was made into a film, Nabarun’s ‘Herbert’ was also adapted for the silver screen.

Bulgakov was essentially anti-establishment. He wanted to take on what he felt was a stuffy bureaucratic order and did not just stop there. The author of ‘The Master and Margarita’ took on what he felt was a superficial part of society: The vain and the rich. However, he did not just rave and rant in a usual way. Instead he created a world of fantasy where he introduced us to the devil in the guise of Professor Woland and his entourage, a bunch of weird and crazy characters (including a black cat who loves chess, vodka and pistols) who descend upon Moscow to wreak havoc on the literary elite. Whilst this book is hilarious and brilliantly witty it also brought into perspective that Bulgakov was essentially bringing literature to the masses.

“Manuscripts don’t burn” is one of the most famous quotes of Bulgakov from his masterpiece ‘The Master and Margarita.’ It is an autobiographical quote in the sense that the writer actually burnt the first draft of the book thinking that no one in the Soviet Union would actually publish it. He did however rewrite the book from memory and subsequently the book went on to becoming one of the most brilliant pieces of fiction and satire ever to be published.

It’s Bulgakov’s philosophy and style that are embodied in the works of Nabarun. Like Bulgakov, Nabarun is also known for being anti-establishment. He is one of the few Bengali writers who refuses to write for the Calcutta-based Anand Bazaar group, one of the biggest publishing houses in India.

Nabarun also uses the medium of fantasy and magic to convey his thoughts. “Why there isn't any drama in my life So I'll crawl on the cotton field with a fife”…this is a quote from a poem written by a character who goes by the name of Purandar Bhatt. He is one of the series of characters called Fyatarus. Fyatarus are a strange bunch of human beings who can fly by chanting a mantra. They belong to the underclass and have great fun by indulging in activities such as sabotage against evil political powers.

What is interesting about both Bulgakov and Nabarun is that although they are extremely political and anti-establishment, it is the methods they use to voice their opinions which make them extremely unique writers. The way in which they use magic, fantasy and black humour to convey their take on what they feel is going wrong with the world is brilliant. They are also both known to use real life incidents as influences on their work. Bulgakov based the event ‘The Spring Ball of the Full Moon’ on an actual diplomatic event in Moscow which he had attended where there were exotic animals and outlandish decorations such as a lawn made of chicory grown on wet felt. Similarly Nabarun based his short story ‘Amar Kono Bhoy Nei Toh? (I Have Nothing to Fear, Right?)’ on an incident in his locality where a young boy was shot by a friend.

Although both writers are from different generations and countries they both seem to face similar problems with regard to the state. Bulgakov was repeatedly refused publication for his works especially those which ridiculed the Soviet systems. He even begged Stalin to allow him to leave the USSR as there was no place there for a writer such as him. Back in Calcutta the film adaption of Herbert was refused screening at Nandan which is a state owned theatre. A stage adaptation of the Fyatarus was also disrupted by local politicians.

Both writers are also people who champion the cause of the middle classes and are firmly against people in power and those who abuse it. What is even better is that they make it fun by using tongue and cheek wit and a zany sense of humour. Above all they challenge you to think and to push yourself and also have a great time doing it. As Bulgakov said, “Do you want to strip the earth of all trees and living things just because of your fantasy of enjoying naked light? You're stupid.” Nabarun would most likely agree.