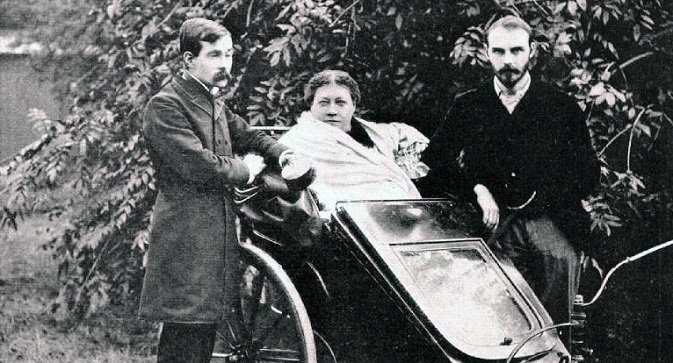 Mystic, writer and world traveller Helena Blavatsky, a co-founder of the Theosophical Society, wrote many of her philosophical texts in Bombay and was a social reformer in pre-independence India.

Magic,enigma,the occult,clairvoyance...these are just some of the words that come to mind when you talk about Madame Blavatsky. Little remembered in India, a country where she spent around six years, is her impact on societal reforms, women’s liberation and education.

Born in Yekaterinoslav (in modern-day Ukraine) in 1831 in to a wealthy family, Helena Blavatsky was known to be a special child from the time she was very young. There are numerous stories of how she used her clairvoyant powers to help the police and other nobility in solving cases and personal problems. She probably did have these special powers but how they were developed and used for a larger purpose is of far greater importance.

Madame Blavatsky is credited with setting up the Theosophical Society along with H.S Olcott, an English colonel, in 1875. The theosophical society is an international organisation which is dedicated to the promotion of universal brotherhood and encourages the study of religion, philosophy and science. It also stands for complete freedom of individual search and belief.

Madame Blavatsky’s journey to India began in London, while taking a walk with her father. She saw an Indian man whom she recognized as a protector who she had seen in her visions as a child. The man, a Rajput (a traditional Indian warrior clan), told her that she would have work to do in the future under his direction in the East. A few years later, she made her way to Tibet where she trained in spiritualism and other occult forces under the guidance of the masters. During these years she also made a name for herself as a talented pianist as well as an artist. In the years to come, she received further instructions from the masters to travel to other places in the world to carry out their work.

It is largely forgotten that that the Theosophical Society is still very much in existence and has numerous branches all over India. What is even more fascinating is that in a country where religion plays such a dominant role there still exists an organisation which believes that “there is no religion higher than truth.”

Madame Blavatsky’s legacy can be defined by her the pursuit of knowledge. She encouraged people to open their minds and learn to be better in all aspects of their lives. While she was in Bombay, it is said that she copiously wrote pages after pages only so that she could share her knowledge and her learnings with other people. These writings came in the form of her books such as Secret Doctrine,2 volumes (published in 1888) and The Key to Theosophy (published in 1889 ). She was also the only person who the masters would communicate directly with. Stories of the masters magically appearing at various places to talk to her are well-documented. What is important though is that she chose to share this knowledge.

Apart from all the talk about occult and mysticism, Madame Blavatsky was also a pioneer, at a time when very few women actually dared to travel around the world and that too in such arduous conditions. She was quite the adventurer given that she travelled all the way to places such as Egypt and Tibet. She also devoted her life to education and teaching which was not very common for women back in the day.

The Theosophical Society lives on with Madame Blavatsky’s legacy and philosophy. They believe in the progress of mankind and that education and knowledge are how mankind better themselves. They were some of the first people who led the movements against social evils such as caste-discrimination.

Col Olcott also started the first school for the so-called untouchables in India. Madame Blavatsky encouraged Indians to look into the finest aspects of their own culture. It is believed that one of the secrets of her remarkable power was her ability to change the lives of people around her. Her insight and depth of learning brought forward a change in society which very few people can achieve. At time when India was yet to be independent, this Russian woman brought us the most powerful instrument of change; that is “knowledge is power.”

Madame Blavatsky was in all senses, an independent woman, something that many of us still strive to be even in this day and age, in a society that is still plagued with a great degree of inequality.