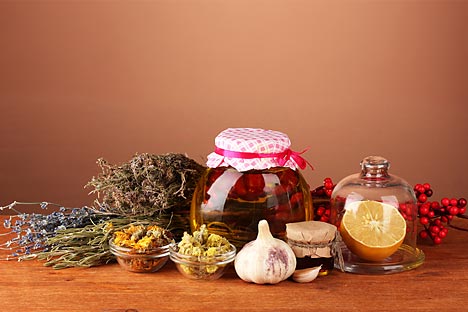 There are many different recipes for non-traditional medicine in existence, and despite the fact that many Russian doctors actively call upon people to consult a specialist for any ailments, to the present day many Russians prefer to heal themselves. Source: PhotoXpress

Despite the progressive development of contemporary medicine, the majority of Russian citizens prefer “grandmother’s” tried and tested remedies to cure diseases. RBTH chose the most popular ones and asked an expert why it is that doctors are not much trusted in Russia.

In Ancient Rus, wise men and healers were worth their weight in gold: They were the ones who knew the secrets of the wonderful influence that herbs can have on the human body.  Later on, monasteries in Ancient Rus became healing centers, where medicinal plants would be harvested and recipes put together starting in the 11th century.

St. Seraph of Sarov and Sergiy Radonezhskiy were among the most famous monastery healers. According to the testimony of his contemporaries, the latter performed a great many miracles. Legend has it that he once brought back from the dead a boy who had died in his father’s arms, after his father brought him to the priest for healing.

Non-traditional medicine at that time was divided into a number of areas: herbalists and sorcerers used herbs, while healers practiced magical healing methods. Midwives were set apart, their task to assist pregnant women and to practice maternity care using homemade medicines.

Special educational institutions existed in Russia, even right up until the beginning of the 20th century: They were schools of midwifery teaching the basics.

Herbalists and sorcerers exist to this day. Moreover, they enjoy great success in contemporary Russia—especially among the elderly. Healing with the use of herbs has steadily become a business industry in Russia in which phytotherapists are earning big money. Herbal centers have appeared in many Russian cities in recent years.

Natalya Nikolayevna, director of the healing center of herbalist Mikhail Gordeyev, noted: “Today Russia is overtaking Europe’s experience in this regard; we realize how important it is to lead a healthy life.” She continued: “We have been to several seminars in Europe, and we have seen specialist herbal stores where specialists perform consultations and administer the required medicines.”

According to Natalya, dietary supplements now popular across the globe are often copied, and many people are simply afraid of buying them. “They are not cheap—on average from 500 rubles [$15] up to 1,500 [$45]—and many people just can’t afford them. Therefore, I think that many are resorting to herbs and phytotherapy for help,” the specialist said. 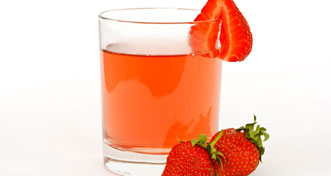 According to Natalya, often men and women suffering from infertility, as well as mothers with children, are the ones who turn to phytotherapists.

“More than 20,000 patients are undergoing treatment at our center. We have already seen a great number of miracle cures,” said Natalya. “One recent case is even amusing. We had a patient with cirrhosis of the liver — an old woman who had been registered as an invalid due to her cirrhosis. Following a course of treatment, she went to her doctor’s surgery and began to cry. She was told that she was in good health and that her invalidity would be removed. ‘Why are you crying?’ asked the doctor. ‘Now I won’t be paid invalidity benefit,’ she replied.”

There are many different recipes for non-traditional medicine in existence. Despite the fact that many Russian doctors actively encourage people to consult a specialist for their ailments, many Russians still prefer to heal themselves to this day. For those who prefer waiting in line to see a doctor to healing themselves at home, we present Russia’s most popular recipes for homemade medicine.

For coughs and throat diseases