Is Russian as difficult to learn as they say? 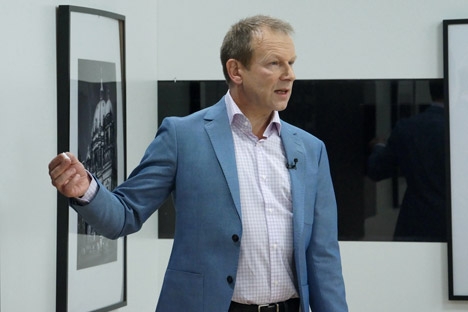 Dmitry Petrov is sure sure that interest in the Russian language will be on the rise. Source: PhotoXPress

RBTH: What is the role of psychology in foreign language learning?

Dmitry Petrov (D.P.): Learning a new language is about both psychology and mathematics. A range of basic algorithms makes language learning akin to mathematics, and psychology is about removing barriers, feeling at ease, having an enjoyable experience. Many learners panic about making mistakes, which often is more of a problem than the objective challenges of taking in new information.

RBTH: What could be the motivation for learning Russian?

D.P.: I used to teach Russian as a foreign language to diplomats and businessmen from various countries. Their motivation is clear, as the language is crucial for their job. For these people, their career or their own business is the main focus in life, and the next development opportunity comes up in Russia.

But it often happens that somebody who has never been to our country gets interested in the language. This is usually the case when the person is interested in Russian culture, and the curiosity toward the language emerges from this experience.

By the way, many foreigners are pleasantly surprised by the vibrant and quite accessible cultural life in Russia. They get to know that there are plenty of fascinating places in this country—apart from Moscow’s Kremlin and St. Petersburg’s Hermitage—and they have a good reason to wonder why Russia is not paying more attention to promoting in-bound tourism.

RBTH:There’s a deeply engrained stereotype with foreigners that Russian is extremely difficult to learn. Isthistrue?

D.P.: Teaching a foreign language means that its advantages and wealth should be revealed to the learner. While the Russian language has a system of inflections, it has no articles. It has a system of verb conjugation, but tense forms are much fewer than, for example, in English. Russian is based on the Cyrillic alphabet, but its orthography is much closer to phonetics than in some other European languages. In other words, there’s a silver lining to every cloud, and that’s the attitude to take!

RBTH: Are there ways to make the learning process easier?

Learn Russian language with us

D.P.: It is extremely important to learn a language gradually, starting with the very fundamental level. You can’t start teaching foreign students by spelling out the participial clauses, which went out of use in spoken language a long time ago.

In other words, if you are not at the stage of reading Dostoevsky in the original, you can easily do without them. And there’s nothing to be ashamed of here: Not all Russians read Dostoevsky; similarly, not all Brits read Shakespeare.

RBTH:Is there a practical point in learning Russian? English is so ubiquitous in communication with people from all over the world, including Russians.

D.P.: I’m sure that interest in the Russian language will be on the rise. And there are objective reasons for this: Russia is a significant country, beyond its geographical scope. On the other hand, English as a universal means of communication will certainly keep following the route of simplification, paying a high price for becoming the language of economic and cultural globalization.