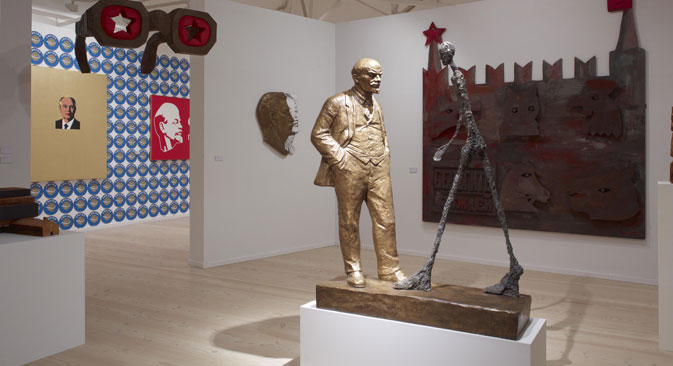 The famous London gallery has teamed up with the Tsukanov Foundation to promote art from post-Soviet states in London.

A new five-year partnership between the Saatchi Gallery and a Russian cultural foundation is poised to bring fresh artists to London audiences though a series of exhibitions.

The Tsukanov Family Foundation, which collects non-conformist works from late-Soviet Moscow, staged the show Breaking The Ice: Moscow Art 1960-80s at the Saatchi Gallery earlier this year. The foundation also supports educational and cultural programmes in the UK and Russia.

Igor Tsukanov, who is based in London, calls the city “undoubtedly the world art capital”. He recently told RBTH that he hoped the new collaboration with the Saatchi Gallery would see artists from the former Soviet Union “properly represented in the global art landscape”.

Breaking The Ice claimed to be the first major UK exhibition of post-war Russian art and was a comprehensive look at a group of artists who have had relatively little exposure in London so far.

The idea for the partnership emerged “almost immediately after the closing of the two Russian exhibitions held this year at the gallery. Both the gallery and myself were quite impressed by the level of interest from public and press to these shows,” says Tsukanov. Breaking The Ice attracted more than 600,000 visitors during its three and a half months run.

The gallery’s CEO, Nigel Hurst, said in an interview with RBTH: “Our audience appears to have an appetite for contemporary art wherever it is being made, but particularly for work being made in emerging art markets, from cultures that are less familiar.”

The viewing figures for both Russian exhibitions earlier this year were high and Hurst commented: “The Post-Soviet region has a vibrant art scene supported by an active group of collectors and galleries, so there have been a growing number of local and international exhibition projects that have marked the area’s presence over the last few years.”

Gateway to a wider culture

The new partnership aims to provide “impetus to this growing interest”. Building on the success of the earlier shows, Hurst says: “We decided to explore ideas for showcasing new art from the wider former Soviet Union.”

The project kicks off immediately with a short exhibition of contemporary Ukrainian artists this month and the gallery is planning a huge joint exhibition with the Tsukanov foundation that will take over the entire space in late Autumn 2014.

“Artists tend to be creative, problem solving sole traders who reflect on the world around them and visualise their ideas based on what they see or feel,” explains Hurst. “So their work often provides an important gateway to the wider culture of their homeland.”

Hurst is proud of the gallery’s impressive statistics. He says: “All exhibitions at the Gallery are entirely free, and we have held 10 out of the top 15 most visited exhibitions in London over the last four years. We are also one of the world’s top three most liked museums with over one million on Facebook, 968,000 Twitter followers and a website that has become a global meeting place for people interested in art.”

The massive, multi-floored Saatchi Gallery is certainly a good venue for this kind of innovative plan. Hurst points out that it is “fairly unique in offering a privately owned museum-scale gallery space with a team that is used to reacting quickly to new developments in contemporary art”.

The gallery’s flexibility, compared with public institutions that operate at a slower pace, is also something Tsukanov appreciates, making it “much easier to approach and deal with new, fresh ideas”.

He agrees that Saatchi is a powerful brand in the contemporary art world: “They are extremely strong in delivering the right messages to the art community and media.”

Igor Tsukanov began collecting Russian art in 2000 with avant-garde paintings from the early twentieth century, but quickly found “it was impossible to build up a recognisable collection of these artists” because the museums owned all the best pictures and “the market supply is limited”. 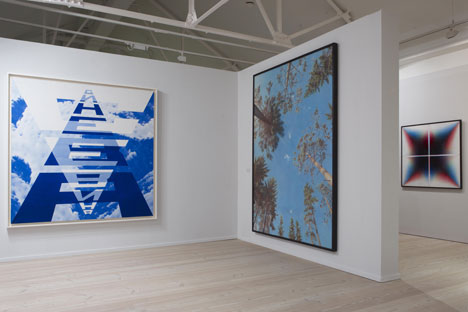 Tsukanov told RBTH that, with the exception of the Zimmerli in New Jersey, “there is no Russian or international museum… that possesses a world class collection of the second Russian avant-garde from ‘60s-80s and I decided to build up the most important collection of this period with a view to converting it eventually into a museum collection”. 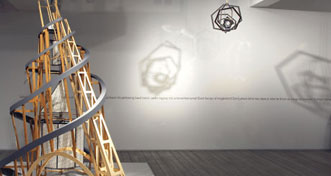 The foundation now holds the world’s biggest collection of works by at least six artists from the chosen era. “Of course, to achieve that level of representation I was buying the best pieces almost regardless of price sometimes,” Tsukanov said describing “very tough competition at the auctions” but feeling that the expense was ultimately justified.

He predicts that the works will become as much as ten times more valuable, but says: “Neither I nor my family will benefit from it as the collection is not and will not be for sale. It is dedicated to a future museum of Russian post-war art.”