Russian comics: The past, present and future 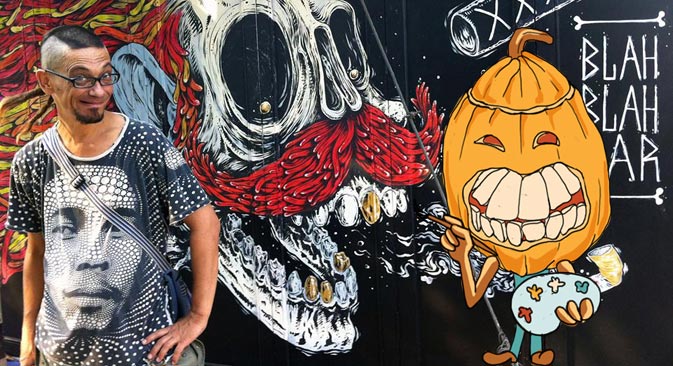 Khikhus would like to popularize comics in Russia. Source: Press Photo

The Flacon exhibition and retail center in Moscow will soon host the Open Worlds Day festival, which opens on Nov. 1. The focus of the event is on comics, which are something of a new genre in Russia.

The traditional Russian version of comics, called lubok, has been part of Russian culture for centuries. In fact, as a way of telling a story in images and captions, lubok is not very different from comics at all.

For a long time, the only official Russian publication that carried comics in the traditional Western sense of the word was Veselye Kartinki (Merry Pictures), a children’s magazine that first came out back in 1956. This was something of an exception, however. The official government line was that Soviet people had no need for such a primitive, vulgar and blatantly American form of entertainment.

Several new publishing houses specializing in comics sprang up in Russia in the 1990s, after the Soviet system came crashing down. These included Tema, KOM and Mukha. In 1990, Tema released a cult Russian comic series called Adventures of Captain Donki.

The Adventures of Captain Donki (in Russian). Source: Press Photo

The series is still fondly remembered by the generation of Russians who are now in their 30s, although its subject matter is rather grim and not really meant for children. It describes the adventures of the protagonist — a police captain with the strange surname Donki — in a version of hell that looks suspiciously like reality.

“The real comics boom came in 2004-2005,” says Vladimir Kunin, one of the organizers of the Comics Center in Moscow. “A whole number of new outfits started publishing imagery-based literature. Most of it was translations of American comics and Japanese Manga novels.

Back at the time, that was still an exotic genre in Russia. But now the sociologists all agree that, in this day and age, teenagers and young adults tend to see the world through images rather than text, as the older generation did. Just look at the way people communicate in the social networks — pictures with captions. Comics have become yet another way of self-expression and discovering the world around us."

Some of the key Russian players in the comics world are the Bubble studio and the artist Pavel Sukhikh, a.k.a. Khikhus, who has probably done as much as anyone for the comics genre in Russia.

Bubble has been publishing four monthly comic magazines since 2012. The heroes of the original comic strips they carry are all Russian, with names to match: Krasnaya Furiya (Red Fury), Major Grom (Major Thunder), Besogon (Demon Chaser), and Inok (an Orthodox Christian monk). But, even though the heroes are Russian, the aesthetics of the comics are universal.

“I don’t really understand what people mean when they speak of some ‘traditionally Russian' or ‘Western' style of comics,” says Bubble chief Artem Gabrelyanov. “The styles are all mixed up by now. Take, for example, such a remarkable artist as Joe Madureira. His comics are a combination of two seemingly incompatible schools of drawing: the American and the Japanese. As for our own Russian comics, each artist has a unique and distinctive style, and they all have huge numbers of fans.”

Khikhus did not win his fame overnight. He used to be a poet and a painter. In the late 1990s he moved to Denmark; this is when he realized that his true calling was comics.

More: Russian superheroes on the big screen and TV

“I discovered comics when I walked into a town library in Denmark," the artist says. “I suddenly realized that comics were a whole new world, a world of art — and I mean proper art, as opposed to a product of ‘corrupting Western influence,’ as we were told back in Soviet times. When I came back to Russia, I tried to introduce a new term for comics. I preferred to call them ‘image stories,’ because the word ‘comics’ still had some negative and demeaning connotations for me — and for many other people, come to think of it. The term was too long and did not catch on. But the word ‘comics’ in Russian no longer has any denigrating ring to it.”

Khikhus then decided to popularize the genre in Russia by bringing the comics artists together. That is how the People of the Dead Fish community and then the ComMission festival came to be.

“We launched the festival in the 1990s, to give talented comics artists from far-flung corners of the CIS a chance to meet each other, and to find new customers," Khikhus says. “And it has worked! Every passing year demonstrates that the festival is well-known and much loved. We have had some proper stars of the comics world as guests.”

ComMission has not had any support from the Russian government. Nevertheless, participation in the event is an opportunity to get some PR and find customers. Khikhus thinks that the future is bright for Russian artists.

Cosplayers take the stage in tape and cardboard

“For those who want to get into the comics business in our country, things are getting better. The system of master classes in Russia is already up to the best world standards. One just needs to do some research and find out who is giving master classes and lectures at any given moment. Even more importantly, Russia’s first comics department has opened at the Synergy University. One can now get a proper degree in comics. But it is important to understand the specifics of comics. It's not just about drawing well. Comics are a bit like feature films. The author must develop a good storyline and draw a storyboard, as film directors say. That's what it takes to make a good comics series."

“The Russian comics market is still in the early stages,” says Alexander Kunin of Comics Center. “But beginning comics artists have a choice: They can produce comics adverts and make good money out of it; they can release their own books and win fame for themselves; or they can work on projects commissioned by their publishers."

Russian artists have also begun to win international recognition. There has been a lot of interest in ComMission from cultural centers in several countries. Every year, the festival gathers excellent artists from all over the world. There have also been expressions of serious interest from publishers.

Recently, it also turned out that the genre can be used to address social problems as well. 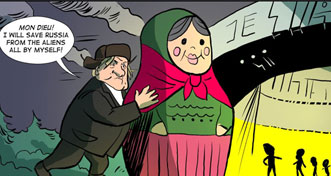 “Khikhus once invited me to take part in creating an anime documentary series for young people; the subject was ‘Youth against Drugs and Alcohol,’” says Mariya Byalko, a documentary film director and organizer of the Open Worlds Day.

"So instead of the traditional lecturing, we decided that our film should show better ways of spending time than drinking or taking drugs. The series we have made, called SUPkultur, laid the foundations for cooperation between ComMission and Open Worlds Day. The two festivals are mutually complementary. ComMission is a great comics exhibition; it offers lectures, master classes, etc. Open Worlds Day, on the other hand, features cosplay, video games and steampunk; it’s an opportunity for socializing and spending time in a creative way.”