Culture
Irina Yazykova
Neskuchnyy Sad
The Russian Orthodox Church has had several prominent painters of icons and frescoes over the centuries – but Andrei Rublev is undoubtedly the most famous. 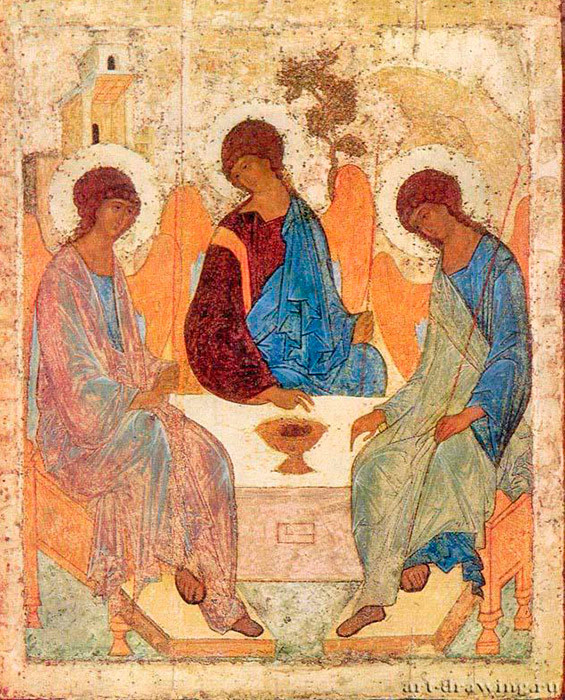 It is safe to say that fate was kind to Andrei Rublev. He gained fame and recognition while he was still among the living, and there are numerous mentions of him in historical chronicles.

Rublev’scustomers included princes and large monasteries, and he lived and worked in Moscow, Vladimir, and Zvenigorod. He was not forgotten after his death; Rublev’s fame as Russia’s most eminent iconographer has survived through the centuries. The Stoglav church synod of 1551 recognized his works as a standard to emulate.

The Russian Old Ritualists also thought very highly of Rublev’s work. His icons were valued by art collectors, who saw them as an embodiment of canonical iconography and ancient piety.

That is why even in the 19th  when the art of iconography seemed to have been forgotten, the name of Rublev was still famous as the golden standard of ecclesiastical art.

During the Soviet period, Rublev was a symbol of medieval Russian culture. In 1960 UNESCO held international events to mark Rublev’s 600th anniversary. There is a museum of medieval Russian art in Moscow named after Rublev. Meanwhile, scientists have studied meticulously the collection of his icons and frescoes in the Tretyakov Gallery.

But what do we really know about the iconographer's life as a man of faith? Biographical information about him is extremely scant; have had to piece the story of his life together bit by tiny bit. 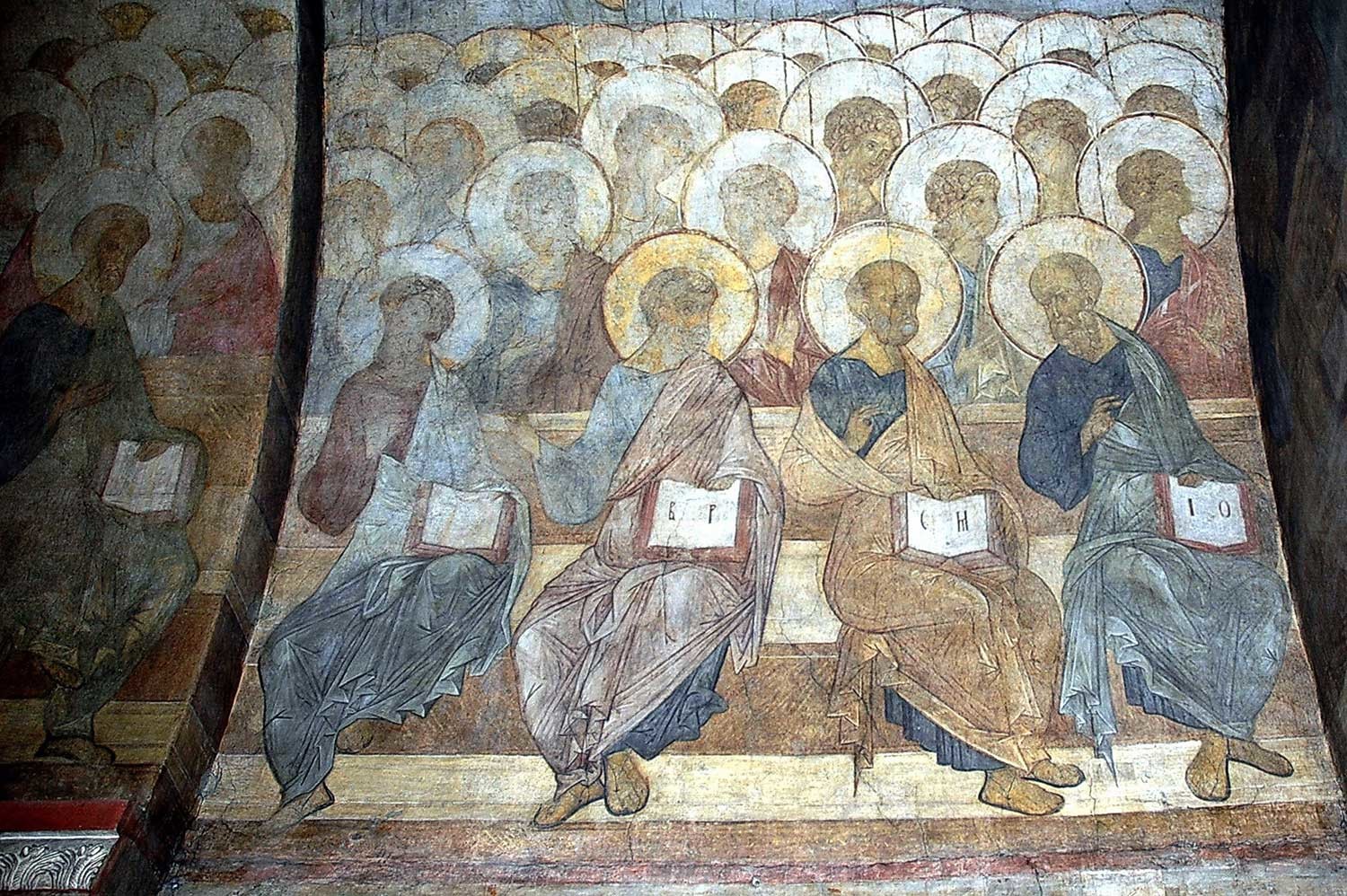 Those were dark times in Russia: The country was occupied by the Tatar invaders, who pillaged towns, and monasteries, and took people into slavery.

Meanwhile, the vassal Russian princes kept squabbling for power between themselves. Moscow and Nizhniy Novgorod had two epidemics of plague in 1364 and 1366. A large part of Moscow burned to the ground in the devastating fire of 1365. In 1378 the city was invaded by Lithuania’s Prince Algirdas, and there was a famine in 1371.

It is amid that chaos that the future creator of the images of heavenly harmony was brought up. Unfortunately, we know nothing about Rublev’s parents or his social background.

Nevertheless, the very fact that he even had a surname is quite telling, at the time, only members of the nobility or very wealthy people had surnames. Besides, "Rublev” may be an indication of his forefathers' trade. The name Rublev probably derives from the verb  (to cut wood) or from the noun rubel, which can be either a long wooden pole or a tool used by tanners.

We don’t know where Rublev learned iconography, or who his teacher was. Neither is there any information about his early works. The first mention of Rublev is made in a 1405 chronicle, in which it states that the Annunciation Cathedral of the Moscow Kremlin was decorated by a team of three craftsmen commissioned by Grand Duke Vasiliy Dmitrievich.

The craftsmen were Feofan the Greek, Prokhor the Elder from Gorodets, and the monk Andrei Rublev. The fact that Rublev’s name is mentioned at all in the suggests that he was already a highly respected craftsman at the time. But he is mentioned as the last of the three, which means that he was a junior member of the team.

Since Rublev was a monk, his name, Andrei, was probably given to him when he took the vows; his birth name must have been different. The vows were probably taken at the Trinity Monastery under Nikon Radonezhskiy, a and successor of the Reverend Sergiy Radonezhskiy.

This is mentioned in chronicles dating back to the 18th century. Many of Rublev’s most famous works were created at the Trinity Monastery, or at the monastery’s commission. He spent his last years at the Spaso-Andronikov Monastery, which was founded by another of Sergiy Radonezhskiy's disciples, Reverend Andronik.

A standard of ecclesiastical art

The second mention of Rublev’s name is made in a 1408 chronicle in connection with the decoration of the Assumption Cathedral in Vladimir. 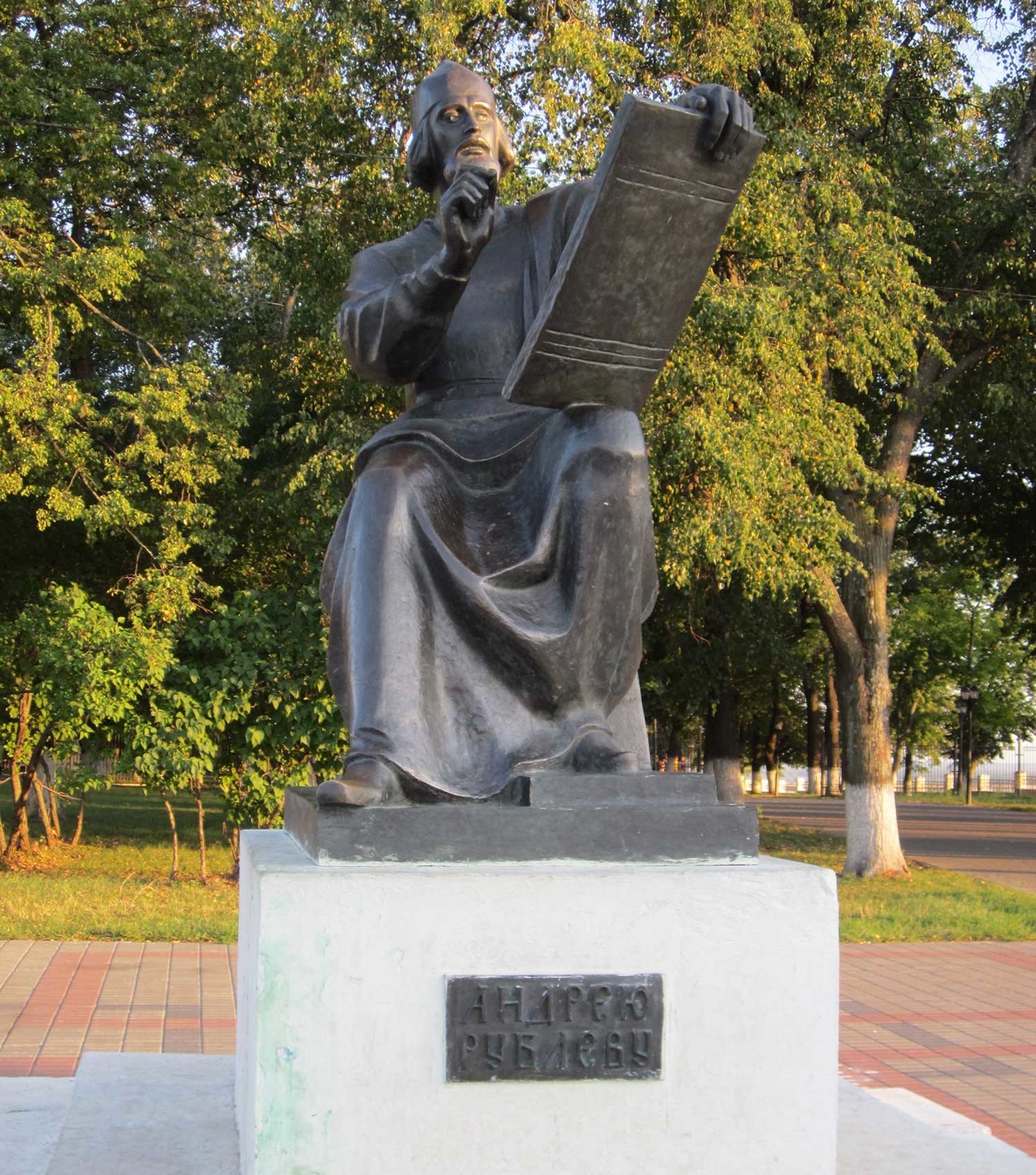 The monument to Andrei Rublev in the city of Vladimir

Rublev worked on that project with another iconographer, Daniil Cherny, who is described as Rublev’s “friend and fellow-faster."Cherny was also a monk, probably a Greek or a Serb, as his last name suggests.

Cherny is mentioned first in the chronicle, meaning that he was either the elder of the or held the more senior rank. He figures prominently in Rublev’s subsequent life.

The Assumption Cathedral in Vladimir was one of the main cathedrals of the Russian Church, so decorating it was an extremely important project.

The cathedral itself was built in the 12th century, but all its frescoes and icons were lost in 1238 during the Tatar-Mongol occupation. Grand Duke Vasiliy commissioned a restoration project.

In the mid-1420s Rublev and Cherny oversaw another project at the Trinity Cathedral of the Troitse-Sergiev Monastery. The frescoes have been lost, but the iconostasis has survived.

Rublev’s famous Trinity icon, which is regarded as the highest artistic expression of the Trinitarian Dogma, was also created for the Trinity Cathedral. According to the chronicles, Nikon Radonezhsky commissioned the icon “in memory and glory of Reverend Sergei.”

He spent his last years at the Spaso-Andonikov Monastery. Unfortunately, the frescoes and icons of the monastery’s Spassky Cathedral created by Rublev have not survived.

Shortly after Rublev’s death in the 15th century, locals revere him as Reverend Andrei the Iconicist at the Troitse-Sergiev and Spaso-Andronikov monasteries, where he had spent many years. He was canonized a saint by the Russian Orthodox Church in 1988.