Five cultural events for the week of Jan. 20-26 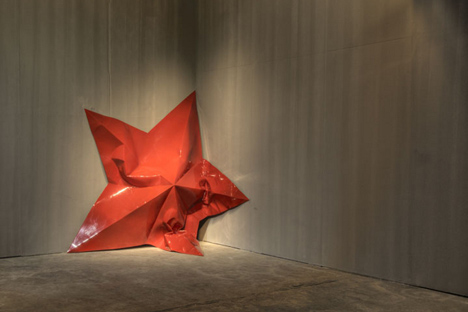 Festivals and photos of sacred music in Moscow; Scottish-Ural friendship in Yekaterinburg; Star Wars and robotics in the Stalinist buildings, and an exhibition of Chinese artist Zhong Zhen about life and death.

Last year, Shanghai artist Yang Zhen Zhong showed his cycle of installations "Reflecting about death" in Moscow. His visit to Russia this time the will bring objects and video installations on the same subject entitled "The eternal return."

The exhibition will be held in Moscow's Manezh exhibition hall. The theme of death is present in many works of art but usually in a disguised form. Zhen Zhong’s media power comes from the fact that he is one of the few who are not afraid of talking about death openly.

The Patriarchal Choir of Moscow’s St. Danilov Monastery will perform in the Moscow House of Music.

The choir has been performing for more than 25 years and sings not only sacred, but also secular music, including Cossack songs, romances, war songs, and popular classics. The concert will be held as part of the Christmas Festival of Sacred Music.

It will be directed by the president of the House of Music, the renowned conductor Vladimir Spivakov and Metropolitan Ilarion. At the closing of the festival, the big chorus "Masters of Choral Singing" and the Russian National Symphony Orchestra will perform.

Yekaterinburg, the unofficial capital of the Urals, will host Thomas Beavitt’s concert.

He is a singer-songwriter originally from Scoraig, Scotland, who sings songs with lyrics from Robert Burns’ poems. He also collects folklore from around the world. The concert will be held at Ever Jazz. This event of the Urals Scottish Festival is called "Burns and Vysotsky: One soul – two poets."

The main idea of the festival is to convey that the tradition founded by the great Scottish singer-songwriter of the 18th century Robert Burns has stretched through the centuries to the great Russian singer-songwriter of the 20th century Vladimir Vysotsky. A mythology of its own has developed about the festival: as Burns and Vysotsky were both born on the same day – January 25. The famous Scottish geologist Sir Roderick Impey Mersinson visited the Chusovaya village near Yekaterinburg in 1841.

The exhibition of the nominees of the "Silver Camera 2013" photo competition will take place in the Imperial tower of the Kazan Station.

More than 700 amateur and professional images are divided into three categories: "Architecture," "Events and Everyday Life," and "Faces." The competition is sponsored by the government of Moscow. The Moscow House of Photography will also be involved in the final, where the finalists’ exhibition opens on January 25.

The All Russian Exhibition Centre, formerly the Exhibition of Achievements of the National Economy, a huge park complex with pavilions, fountains and sculptures built under Stalin, will host the lively Geek Picnic Festival 2014: Winter Edition.

This will include a robotics exhibition, an unmanned aircrafts championship, role-playing games, as well as an extensive educational program. Serious work of thought is usually hidden behind the carnival fun at such exhibitions. In Russia, there is a tradition of conducting educational scientific meetings and youth forums, during which scientific and technological discoveries are often born.