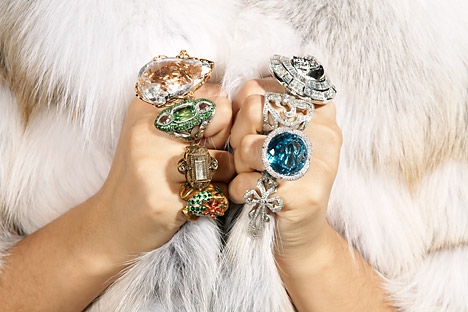 Today Russia is a true trendsetter when it comes to fur fashions. Source: Getty Images / Fotobank

To Russians, a proper winter implies temperatures of 15-20 centigrade below zero, sunny skies, crunchy snow under one's feet, red noses and cheeks, white frost in one's hair, and of course a fur coat, the only kind of clothes that can save you in really cold weather. People have so far been unable to come up with a better option.

By mid-January, proper winter weather has at last reached Moscow. A fur coat has long ago stopped being just a source of warmth in a cold climate and has developed into a full-fledged cultural phenomenon, with its stylistic and social subtleties, and rich history.

In ancient Rus, outdoor clothes made of fur were an essential element of wardrobe. The most widespread type of winter coat was a kozhukh, a long coat made of about nine sheepskins with a turned-down collar, which could be turned up to keep warm.

Another option was a dokha, a coat made of foal or calf skin with fur on the outside. There were also tulups, long and loose-fitting sheepskin or hareskin coats with big fur collars. Furs have always been expensive (often serving as a currency themselves), that is why poorer families often had just one tulup for all and it was passed from generation to generation. 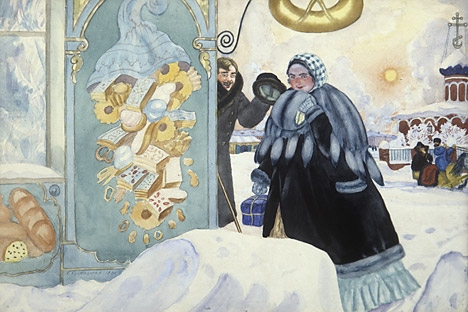 From the 15th to 17th centuries it was fashionable to decorate fur coats with gold and precious stones. Source: A. Sverdlov / RIA Novosti

Things were much less austere for the more prosperous classes in medieval Russia. Princes' and boyars' fur coats were long A-shaped garments with wide long sleeves and turned-down collars that were worn unfastened.

It was fashionable to cover them on the outside with expensive fabrics: brocade, satin or velvet, and to use cords for fastening. Well-off people could afford to have many luxury fox, blue fox or sable coats, and would sometime wear several of them at the same time.

From the 15th to 17th centuries, it was fashionable to decorate fur coats with gold and precious stones, and proud owners would often put their fur coats on even in summer, just to demonstrate their status. Also, fur coats would often be worn indoors too, for instance when welcoming guests. 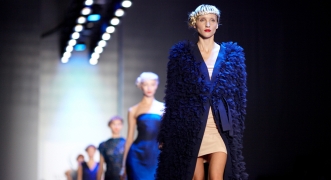 Members of the royal family were expected to have a large number of furs for various occasions: coronation, hunting, or feasting. For each of these, the tsar would wear a special fur decorated with precious stones. That may have been the legendary Monomakh's Cap or an imperial ermine coat. Thus fur coats also were an attribute of court etiquette.

Models of fur coats changed together with the country. Peter the Great, a reformer tsar who was opposed to any excess and exuberance, banned exaggeratedly long sleeves and hems on coats. The spread in the 18th century of West European fashions in Russia resulted in that traditional Russian fur coats continued to be worn only by low-income city dwellers, Cossacks and peasants.

And yet, when winter came, fur coats became true saviors even for the most fashion-conscious. There was a wide variety of models. One of the more popular ones was a double-breasted coat with a straight back and laps, long straight sleeves and a turned-down collar.

The 19th century saw the arrival of slim-fit coats, which had gores on the sides, down from the waist. Irrespective of the cut, fur coats were wrapped from left to the right and fastened with hooks or buttons. The length of coats could vary from very long to relatively short, but women's models were almost invariably short. In truth, fur coats for men and women differed only in size. 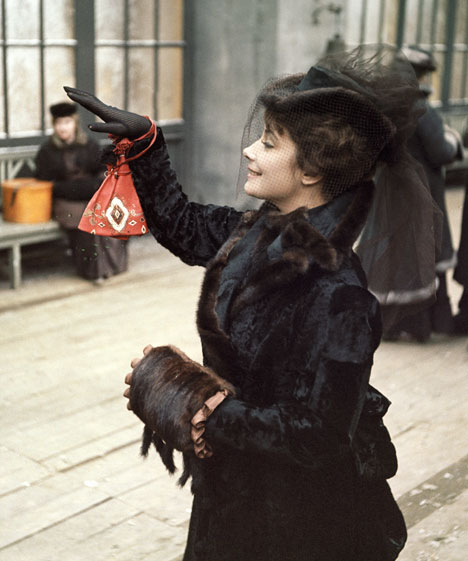 According to historians, in the last quarter of the 19th and early 20th century the most fashionable styles, even in villages across Russia, were those inspired by West European trends: with folds round the waist, making them look more elegant.

In Soviet times, Russia's wealth of furs and pelts was in no way diminished; on the contrary, there emerged large fur animal farms, specializing in breeding fur animals. Yet, individual and small-scale dressmakers were replaced by fur factories making a limited number of models.

One of the largest such factories was based in Chita and serviced mainly the needs of the army, producing endless sheepskin coats, fur hats and gloves for the huge Soviet army.

During the war from 1941 to 1945, the factory operated non-stop, day and night, and without days off: two 12-hour shifts every day, apart from Sundays, when the shifts were eight hours long.

The traditional Russian sheepskin coat was just as crucial for the victory as tanks and guns.

In addition to military uniforms, the Chita factory also produced children's beaver-lamb coats and several models of fur coats for men and women. Their quality was superb. Even today some of the 1970s models are worn still by their owners, with only the quaintness of their styles giving away their age. 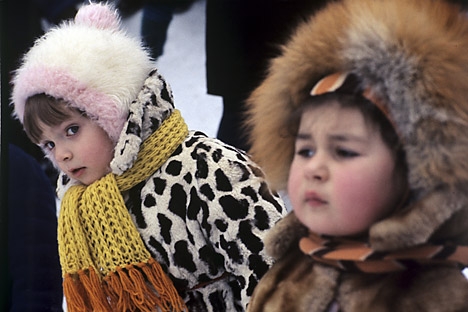 Back in Soviet times however, residents of Chita, just as ordinary people all over the country, would have found it almost impossible to buy those fur coats.

Only the wives of high-ranking officials and politicians could afford expensive karakul coats, although they were not that spoilt for choice either: the models were largely classical in style, with only available colors being black and gray.

After the break-up of the Soviet Union, fur coats became all the rage once again, as a status symbol, as a sign of newly re-claimed middle-class tastes and as an opportunity to stress one's femininity. The market economy allowed the Russian fur coat to make a real breakthrough. 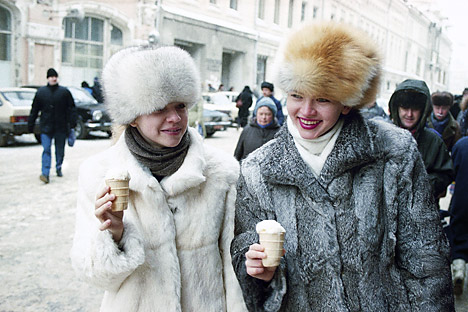 After the fall of the USSR, fur coats became all the rage once again, as a status symbol. Source: AP

There are now several large fur factories operating in the country, all using most advanced technologies and boasting a variety of styles.

Walking the streets of Russian cities today, you can spot a long robe-like mink coat, a half-length rabbit coat, a more elegant modern interpretation of the traditional sheepskin, or an A-shaped chinchilla coat. 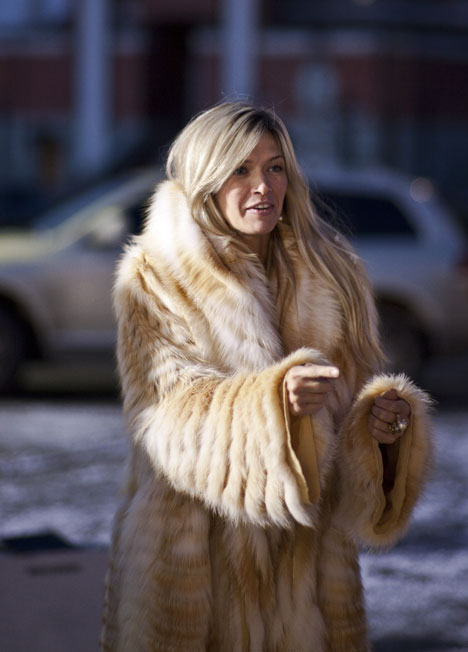 There are even more of thin short karakul coats with three-quarter sleeves, which would be more suitable for women driving their cars somewhere in a warmer climate.

Experts agree that today Russia is a true trendsetter when it comes to fur fashions. And the good old Russian "hareskin coat," together with all its subsequent permutations, is keeping a good many people warm, and not only in Russia.