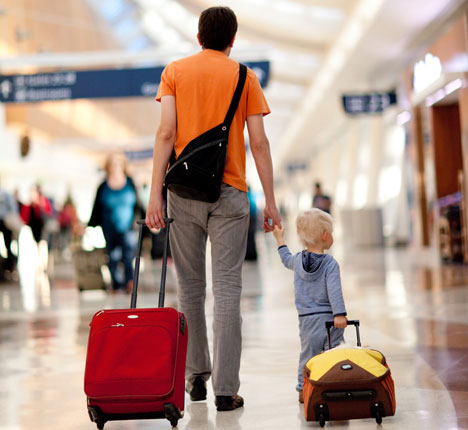 According to data from Russia’s Ministry of Culture, 110,000 British tourists visited Russia in the first 6 months of 2013. Source: PhotoXpress

The UK could become one of the top destinations for Russian tourists as their travel budgets continue to grow.

Russians plan to spend some 40 billion rubles (£700 million) on tourist trips in 2014, an 11 per cent increase year on year, and the figure will continue to grow, says Russia’s Deputy Minister of Culture Alla Manilova.

The minister made the prediction at the Culture-Tourist forum at London’s Royal Geographical Society. Preceded by a concert of the Mariinsky Theatre soloists, the forum became one of the first events of the Russia-UK Year of Culture aimed at strengthening bilateral ties in tourism.

In her welcome address to participants, Manilova expressed confidence that the cross-cultural year will help to attract more British tourists to Russia. “We have no doubts that the British will be travelling to Russia a lot more once they have a better understanding of our culture. Besides, no country in the world can offer them such natural diversity,” she said.

According to data from Russia’s Ministry of Culture, 110,000 British tourists visited Russia in the first 6 months of 2013, 10 per cent more than in 2012, though most of these were business trips. Some 165,000 Russians also traveled to the UK, a 17 per cent increase.

Manilova is confident that if the visa regime with Britain was loosened, the influx of tourists to the UK from Russia could double. “Russians have quite a taste for travelling. Last year we registered 40.5 million visits abroad and this number is growing by 10-15 per cent every year”, she said. “According to a survey made by VISA, Russians are Europe-wide leaders in the number of tourist visits abroad, with some 4 trips per year.”

Manilova: If the visa regime with Britain was loosened, the influx of tourists to the UK from Russia could double. Source: Michael Sinitsyn / RG

Manilova said that Russians are also among the most high-spending travellers with the average budget per trip exceeding $2,500. Many are prepared to increase their holiday budget even further, by up to 36 per cent, according to the Deputy Minister.

Apart from softening the visa regime, Russian officials also see that improving tourist infrastructure is key to boosting the tourism market. Developing world-standard tourist navigation systems, for example, is a priority. “We understand that this is absolutely necessary in order to make our country more tourist-friendly and easy to explore”, Manilova said.

The first official event of the Russian programme in the UK takes place on February 24, when Russia’s Big Symphony Orchestra conducted by Vladimir Fedoseev performs at the Royal Festival Hall. The Year’s opening in Moscow will kick off with a multimedia exhibition of the famed British director and author Peter Greenaway, “The Golden Age of Russian Art” in Moscow’s Manezh Exhibition Centre.

The events’ programme in the UK will feature dozens of high profile events. Among the highlights are the Kazimir Malevich exhibition at the Tate gallery, a celebration of modern Russian art at the V&A museum and an overview of Soviet and Russian space exploration in the London Science Museum in the autumn.