Five cultural events for the week of Feb 17-23 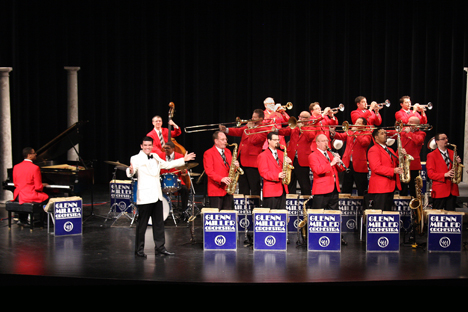 An exhibition dedicated to the 400th anniversary of the Imperial House of Romanov opens at the Lenexpo Complex in St. Petersburg.The exhibition, which was a huge success in Moscow at the end of last year, combines unique Russian history with mind-blowing multimedia content.

An exhibition dedicated to the 400th anniversary of the Imperial House of Romanov. Source: Press Photo

While some of the viewers focused on communing with tradition, others came to marvel at the show’s technical implementation. In the light of the exhibition’s popularity, the organizers have now decided to bring it to St. Petersburg, the former capital of the Russian Empire and the seat of the Romanov dynasty for over several centuries. The 210-square-meter pavilion, comprised of 21 rooms, will present the exhibition - spanning 400 years of Russian history - in three-dimensional installations, animated collages, and touch-screen panels. Films will be shown on giant plasma screens.

The Department of Private Collections of the Pushkin State Museum of Fine Arts opens a new exhibition of book illustrations by French Surrealists, featuring over 400 works taken from 60 key publications.

Lithographs by Salvador Dali, Pablo Picasso, Joan Miró, Giorgio de Chirico, Max Ernst and other artists will be displayed across 12 rooms. The genre “livre d'artiste” (artist's book) was introduced by the gallery owner and publisher Ambroise Vollard in the early 20th century. The exhibition will feature the Picasso anti-war series titled Sueño y mentira de Franco, frottages and collages by Max Ernst, Joan Miró’s and Roberto Matta’s illustrations to Ubu Roi, a play by symbolist writer Alfred Jarry, and many other superb graphics.

The Moscow Photobiennale 2014 kicks off at the Moscow Multimedia Art Museum.

The international festival of photography will take place over the course of several months. One of the Biennale’s most anticipated exhibitions is titled “Another London: International Photographers Capture City Life 1930 – 1970”, and is part of the Tate collection. It captures an “outsider” perspective on the British capital through the eyes of non-UK photographers. The crown jewel of the exhibition is a series of photographs by the world-renowned luminary Henri Cartier-Bresson.

The Glenn Miller Orchestra will perform at the Moscow International Performing Arts Centre.

The Glenn Miller Orchestra - In The Mood. Source: YouTube

Having garnered international acclaim after appearing with his band in Sun Valley Serenade (1941), Miller himself disappeared under mysterious circumstances in 1944. But his band continues to play to this day – in fact there are altogether three Glenn Miller Orchestras performing today. All three have attained the authentic sound of 1940s American jazz. The European orchestra, which will perform in Moscow, was founded in 1990 and is currently headed by Wil Salden. Assembled from top-notch jazz musicians (from Germany, Holland, Belgium, France, and Italy) under the patronage of the Miller heirs, the orchestra has toured all around the world. Its repertoire includes works of Sinatra, Presley, Armstrong, Ella Fitzgerald and, of course, the late maestro himself.

It will encompass a broad assortment of artists representative of different schools and styles. The unifying thread is the subject of circus. Works by Russian avant-garde practitioners of several generations have been amassed from the collections of a number of Russian museums, resulting in an exhibition of paintings and photographs by artists of the highest caliber, both classical and contemporary: Marc Chagall, Alexander Rodchenko, Alexandra Exter, Konstantin Batynkov, Oleg Kulik, and Sergei Bratkov. The exhibition rooms are decorated to resemble circus facilities – including dressing room and backstage area – inviting the viewers to immerse themselves in the atmosphere of the circus.