The timeless allure of Anna Karenina 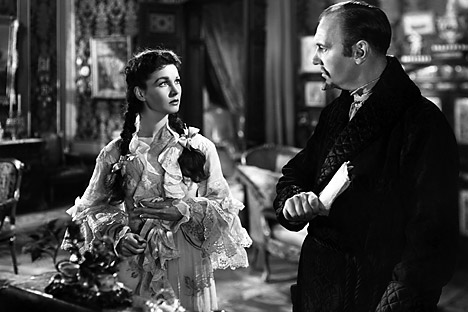 Almost a century and a half after the publication of Lev Tolstoy’s novel, the tragic heroine’s graceful wardrobe continues to inspire filmmakers and designers.

“Anna was not in lilac, as Kitty had absolutely wanted, but in a low-cut black velvet dress, which revealed her full shoulders and bosom, as if shaped from old ivory, and her rounded arms with their very small, slender hands.”

In the late 19th century, the concept of beauty was vastly different from today. Feminine, almost Titianesque, figures and dresses were in style, emphasizing and sometimes exaggerating the figure. This is why none of the actresses in the new film version of Anna Karenina fit Leo Tolstoy’s concept or description of female beauty.

At the time, beauty demanded of its victims a lengthy and laborious process of equipage: “Though Kitty’s toilette, coiffure and all the preparations for the ball had cost her a good deal of trouble and planning, she was now entering the ballroom, in her intricate tulle gown over a pink underskirt, as freely and simply as if all these rosettes and laces, and all the details of her toilette, had not cost her and her household a moment’s attention, as if she had been born in this tulle and lace, with this tall coiffure, topped by a rose with two leaves.” 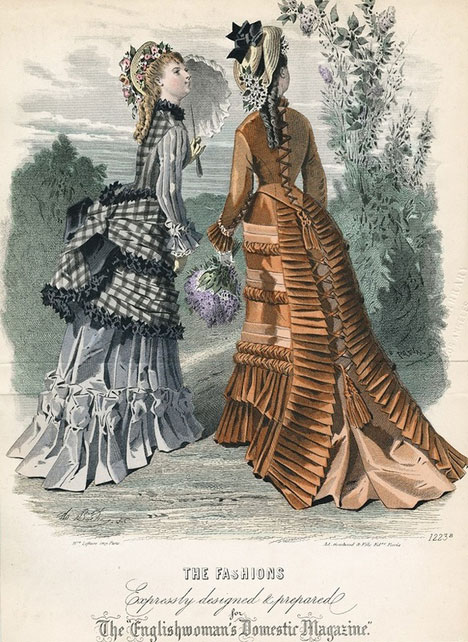 An illustration from The Englishwoman's Domestic Magasine. Source: Press Photo

Bustles (a framework worn under the back of a dress to support and expand the skirt) and trains, lace and pearls, form-fitting coats and tall hats were all found in the fashionable wardrobe of the day.

“Elegant overabundance” was in fashion; the abundance of drapery went hand in hand with the lack of openings on the back, while the length of the skirt was offset by its modest volume. Women were in love with accessories: gloves that buttoned, hats with veils, and the triumphs of the jeweler.

All of this splendor, with a few adjustments, would be surprisingly relevant in today’s fashion milieu. In 2008, Tolstoy’s masterpiece was curiously reinterpreted by famous Russian designer Igor Chapurin. 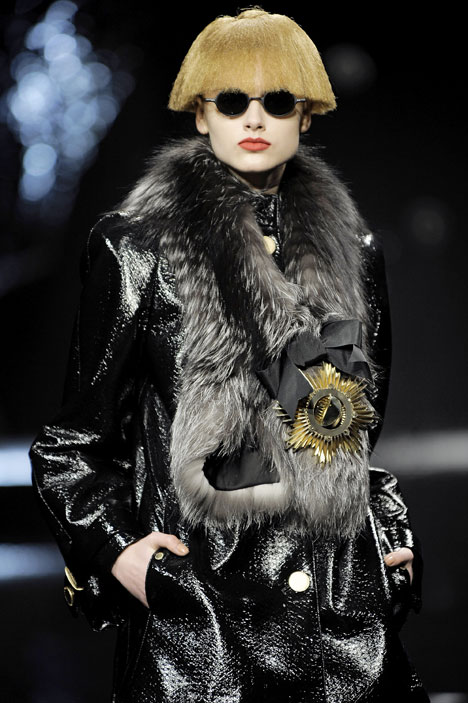 At the 2008-2009 fall / winter prêt-à-porter show during Paris Fashion Week, models from the House of Chapurin appeared in flowing silk dresses and blouses, knitted overalls, fur coats of raccoon and silver fox, and even enticing tights and gloves that looked like they had been made from Orenburg shawls. And all of this was combined with the signature Chapurin silhouette.

A refined and simultaneously modest dress with a stand-up collar and a row of closely-placed buttons lining the pleat, the waist accentuated by the restraint of a gorgeous long skirt – these are all hallmarks of the Karenina era.

There are about twenty film versions based on the novel, not to mention stage productions.

Throughout the years, Greta Garbo, Vivien Leigh, Konno Mahiru, Maya Plisetskaya, Sophie Marceau and Keira Knightley have all tried their hand at the role of Anna.

According to many critics, Tatiana Samoilova, who starred in the 1967 Soviet film, came the closest to Tolstoy’s vision of Anna.

Slightly plump by the day’s standards (though not by Tolstoy’s), the beauty played a prisoner of circumstances, a vibrant woman with an insatiable thirst for happiness. 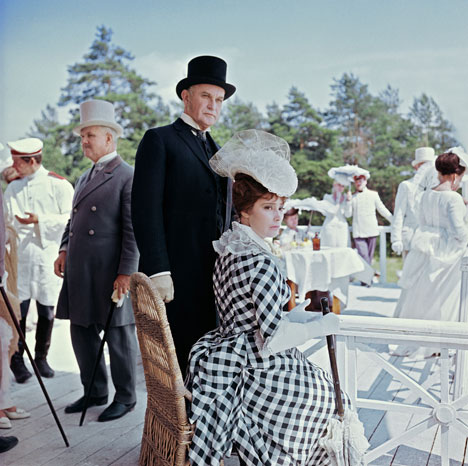 The costumes were magnificent: Despite the dim view of the aristocracy and bourgeois lifestyle at the time, as well as a tight budget, the 19th-century costumes were authentic, albeit restrained - fur, lace and veils, sumptuous skirts, and a predominance of white.

However, in terms of the sheer opulence and elegance of costumes, the 2012 adaptation starring Keira Knightley in the title role has perhaps outdone previous versions.

Costume designer Jacqueline Durran was nominated for an Oscar for her work on the movie.

In creating the costumes for Anna Karenina, Durran tried to combine the style of the Russian aristocracy of the mid-19th century with the classic silhouette of Christian Dior’s designs of the 1950s, given the elements they have in common.

There are very few designs without a nod to the modern.

In addition, Knightley’s Anna shone in unmistakable jewelry by Chanel. The costumes were as striking and temperamental as Karenina herself. 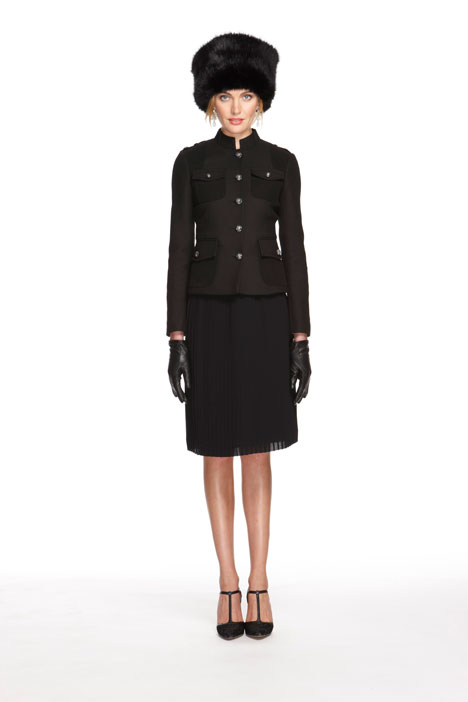 The 2012 film has revived interest in the Russian style of the late 19th century. Inspired by the example of Anna Karenina, Banana Republic designers have created an eponymous collection of dresses with lace elements, feminine silhouettes and stand-up collars as well as fur hats – all in homage to the luxurious and elegant style of Anna.