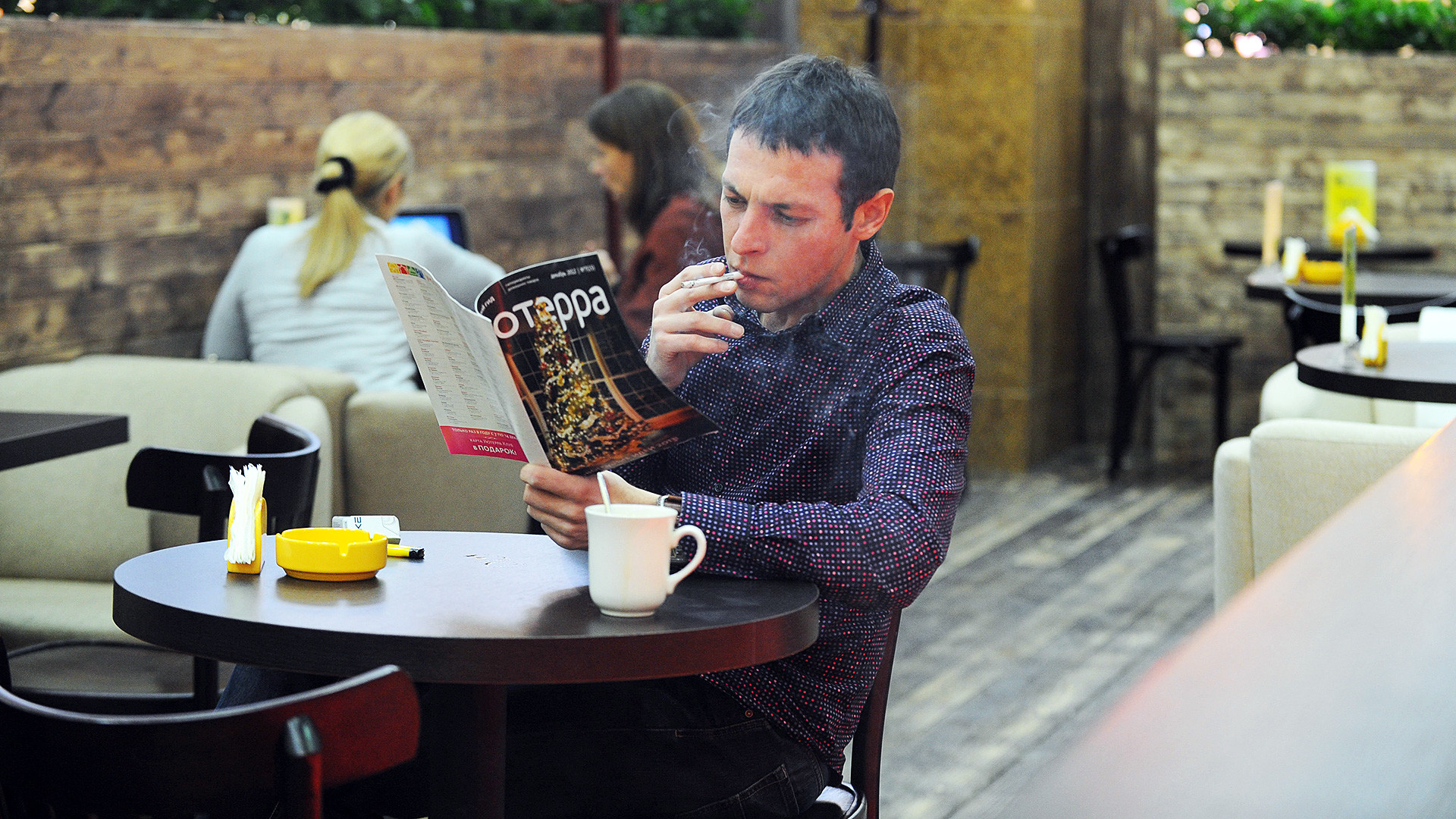 According to market research, the majority of Russian men favor athletic apparel and casual clothing

There are as many stereotypes about Russian men as about Russian women, but the former phrase does not necessarily conjure up as positive an image. According to one popular belief, the Russian man wears a sheepskin coat year-round, engages in a good deal of drinking and enjoys waxing nostalgic to the tunes of a balalaika.

I can’t speak to the drinking and waxing nostalgic, but I can challenge the sheepskin coats. According to market research, the majority of Russian men favor athletic apparel and casual clothing. These two categories of clothing accounted for more than half of all men’s apparel sold domestically last year.

This can be confirmed through casual observation. Male office workers can increasingly be seen in shirts without ties and sweaters instead of suit jackets. Those who have to look formal in the office often wear jeans to work and change upon arriving.

There is another category of men under 35 who are perpetually clad in sweatpants, Timberland boots and cropped padded jackets no matter the occasion and setting – in class, on a date, hanging out with friends or out shopping.

Today, walking down the street in a major Russian city, you will hardly ever run into the stereotypical Russian man from the 1990s, when Adidas tracksuits, Turkish jeans, leather and coats were considered the pinnacle of chic, paired with designer leather shoes and indispensable man-purse. 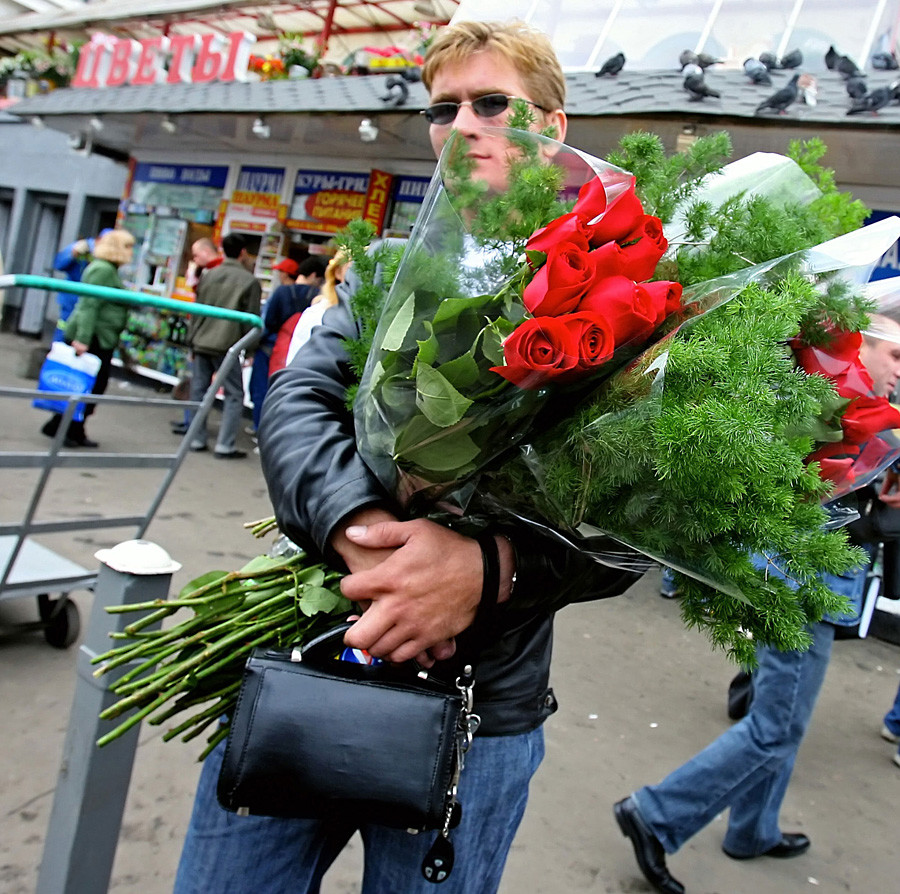 Fewer and fewer Russian men wear sandals over socks (a nationwide fashion in the not-so-distant past) or cargo vests abounding with exterior patch pockets and interior slip pockets.

However, by and large, Russian men are still not what you would call stylish. It has been a long-standing unspoken tradition that a true Russian man does not fuss over his appearance.

Even though Pushkin wrote that “being a sensible type is not at odds with tending to the beauty of one’s nails,” it seems most modern Russian men would not agree with him.

But in all fairness, it should be noted that conscious nonchalance is not the same as slovenliness. An old, but beloved sweater will be kept freshly washed and tidy and a pair of boots that suffered through the muck of several Russian winters will be shined to look like new.

There is, however, a separate – rather small, but rapidly growing – class of dandies. 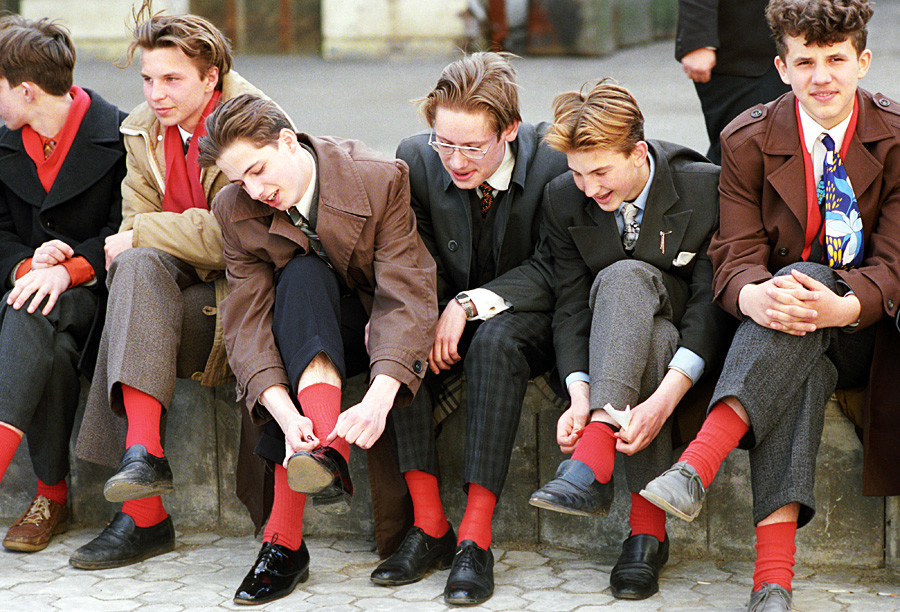 This group of men, who pay attention to fashion trends and carefully cultivate their appearance, can be traced back to the hipsters, or , of the 1950s Soviet Union.

Those young people deliberately adopted elements of Western, primarily American, style such as brightly colored shirts, semolina-crusted shoes (quite literally – the fine grain was professionally caked onto otherwise regular shoes), and short skinny pants with colored socks peeking from underneath.

The Soviet mass media habitually ridiculed them and criticized them as idlers and layabouts, and while many of them did indeed look ridiculous, their style was in the name of rebellion, not for a lack of taste.

The original have faded into history, but young people with a penchant for unconventional fashions, and creative professions do remain. 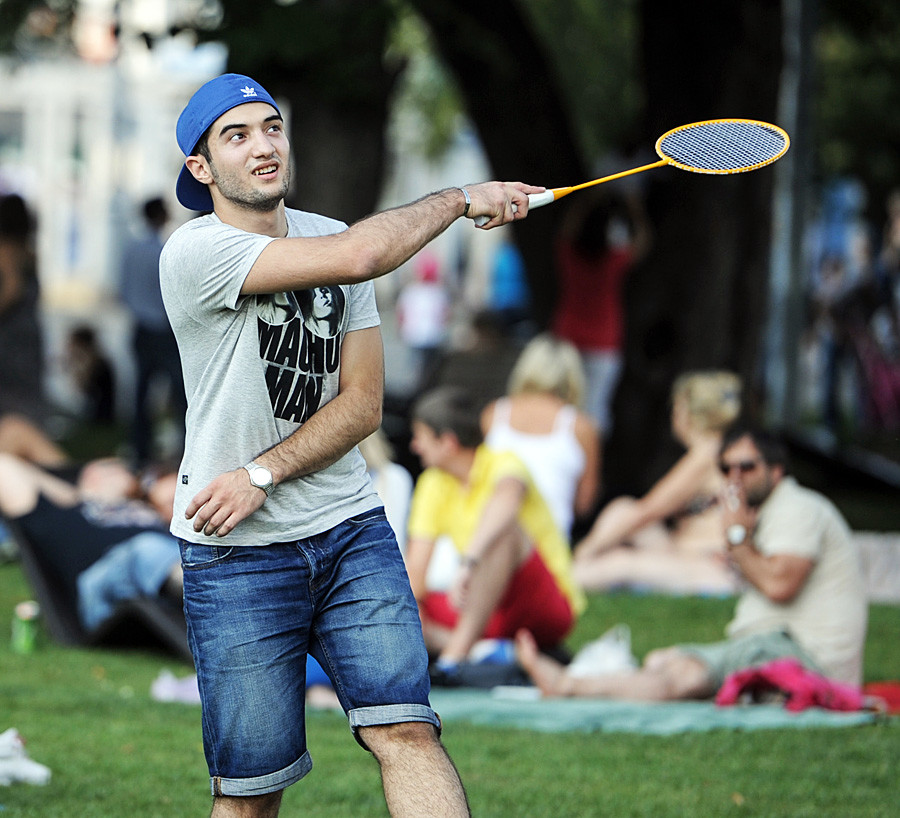 A young man enjoys badminton in a Moscow park