Jailbirds, artists and entertainers: The story of Moscow’s Alcatraz 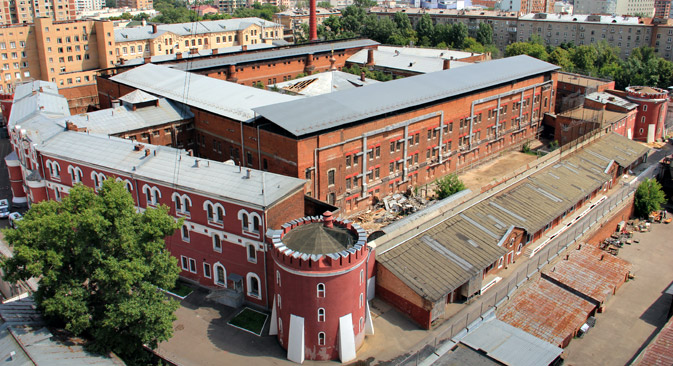 At the end of the 18th century, the prison became known as “Butyrka prison fortress.” Source: Lori / Legion Media

It takes the skills of Houdini to cast off its chains, the voice of Chaliapin to impress its grim audience, the talent of Tolstoy to describe its inhabitants and the nerve of Mickey Rourke to try on its torture devices. Butyrka is Moscow’s oldest functioning prison.

A job for Houdini

The word around Moscow is that it is impossible to escape from Butyrka, an impregnable prison located north of the city center. So the gauntlet was well and truly down for great illusionist Harry Houdini, who came here in 1908 to show off his skills.

Stripped bare, in manacles and fetters, he was shut up in the prison’s most inescapable apparatus, a metal box used to transport convicts to Siberia.

28 minutes later, Houdini emerged from the box. But although he may be the best-known, Houdini was just one of Butyrka’s celebrities.

Founded in 1771, Butyrka housed Russia’s most dangerous criminal of the time – Yemelyan Pugachev, a Cossack leader of the great peasant rebellion. Butyrka witnessed Pugachev's last night before execution, and preserved his memory for long afterwards.

The vertical cage in which Pugachev was forced to stand upright for days was kept in the inner yard of the prison for a hundred years along with his 22-pound fetters, and the tower where he was incarcerated still bears his name.

Convict at the helm

At the end of the 18th century, the prison became known as “Butyrka prison fortress” – it was rebuilt into a real castle with four towers and a fortress wall. Butyrka became a transit prison: each year, 30,000 convicts left here on their way to country jails and exile.

One group of exiles marching from Butyrka to the central railway station had an unusual companion – Count Leo Tolstoy, who later described this journey in his novel “Resurrection”.

In 1917, Felix Dzerzhinsky, the future head of the Soviet State Security forces, was kept in Butyrka as a dangerous revolutionary. Cut off from the outside world in a solitary cell, he was unaware of the ongoing revolution. 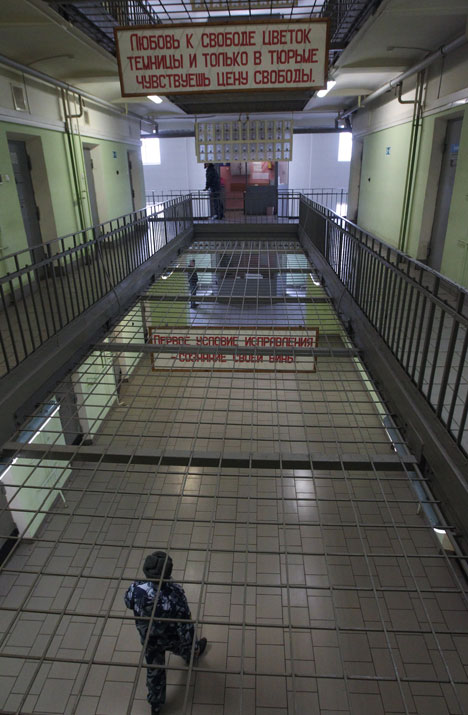 The love of freedom is the flower of the prison, and only in prison you feel the price of freedom, the poster above says. Source: RIA Novosti

But on 27 February he was set free by a group of women and schoolboys who had come to Butyrka to free political prisoners. After the October Revolution, Dzerzhinsky, who was already familiar with prisons from the inside, became one of the chief architects of Soviet repressions, and he took great care to ensure that prisons, and Butyrka in particular, were well guarded to keep the enemies of the new state out of sight.

“Butyrka’s security must be improved: no communication between cells, no walks in corridors, no meetings,” Felix wrote. But in the early Soviet years, Butyrka became so overcrowded that even the strict regime and dire conditions couldn’t stop inmates from leading an active social life behind prison walls.

The conditions in early Soviet prisons were appalling. An investigation officer recalled that upon entering the cell, he commanded everybody to stand in the opposite corner – otherwise, the inmates would bombard him with lice from behind.

More than 40 percent of the convicts were sentenced to less than a year for minor offenses, so their worldview was not grim – and in prison, they were fed every day, a luxury for many in those needy times. Even in these conditions, the demand for culture persisted.

In the 1920s, prisons became filled with educated people: members of the intelligentsia as well as dissident communists who were against Bolshevik policies. Many of them loved art and entertainment, and continued to pursue their passion even in the cells.

While former civil statesmen, scorned both by convicts and guards alike, cleaned up the lavatories and swept floors, the convict communists in neighboring cells would strike up revolutionary hymns, former Tsarist colonels made lectures on World War I, and even a prison theater was organised in some cells.

Sometimes, professional singers would also get arrested – and in prison they found the recognition they had yearned for as free men. Sticking their heads through the bars of their cells overlooking the prison yard, they would sing to deafening applause from all over the prison.

In 1920, legendary singer Fyodor Chaliapin also performed in Butyrka. Tap dancing was very popular among convicts, especially burglars and robbers, and in prison, they had the chance - and a lot of time - to learn sophisticated moves from experienced cellmates.

Before the 1980 Moscow Olympics, the authorities decided to conceal Butyrka from the inquisitive eyes of the city’s guests, so an apartment building was built around it. But the presence of the prison was always felt in the neighborhood.

If a young man was walking along the street past the windows of the women’s section, lonely convicts would yell: “Hey handsome, stop for a second, just so we can look at you.” Meanwhile, sad, grey-faced people would line up for meetings with inmates at the visitors’ entrance, next door to the department store, ironically called “Youth”. 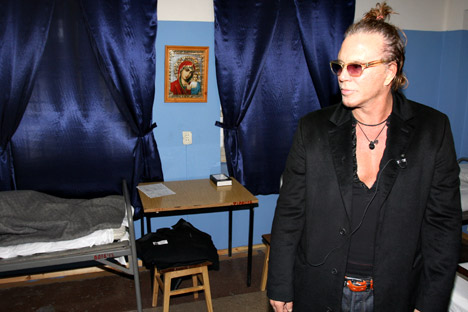 In the 1990s, Butyrka witnessed some spectacular escapes. In 1996, the first breakout by a woman in the prison’s history took place: 26-year-old Natalya S. took the place of her cellmate, who was due to be released, and walked freely out of the compound.

It was easy for the women to swap places, as they all looked similarly worn out and drained. Still, Natalya was caught three days later. In 2010, a young thief pushed away his escort during a walk, and leaped over the high barbed-wire fence like an Olympic vaulter. The offender wasn’t captured.

Butyrka’s fame has even spread abroad. In 2009, Mickey Rourke, preparing for the role of Whiplash in “Iron Man 2”, visited Butyrka – his Russian character had a criminal past, so Rourke wanted to know what Russian prisons were like on the inside.

Rourke visited the cells and tasted the prison soup and bread baked by inmates, which he liked the most. In the prison museum, he tried on an 18-century torture device – a spiked metal collar that wouldn’t let a prisoner sleep.

No one except Rourke ever put on this thing voluntarily – even the diehard inmates were impressed.