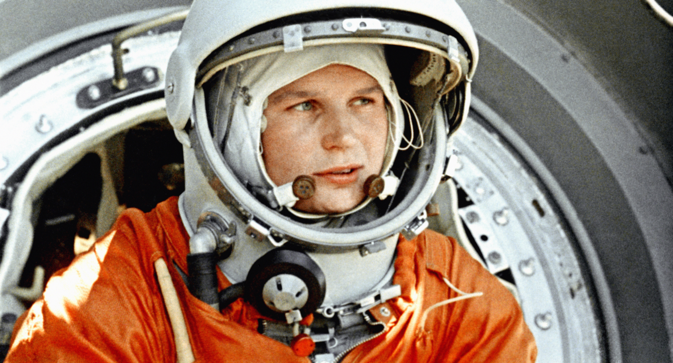 Tereshkova was even ready to go on a Mars mission if an opportunity came up. Source: RIA Novosti

Just about every woman in Russia is made to feel special as the country marks International Women’s Day on March 8. History has shown Russian women to be a strong, dynamic and enterprising lot, but a few fought the circumstances in a male-dominated society to leave an indelible mark. Here are five of the greatest members of the fairer sex from Russia.

On June 16, 1963, Valentina Tereshkova became the first woman to fly into outer space when she piloted the Vostok-6.  She set the trail for women cosmonauts (or astronauts) during their 3-day mission by performing various tests on herself to ascertain the reaction of the female body to a flight into the final human frontier.

She later received a Ph.D. in engineering and became a professor and the author of more than 50 scientific papers.

In 2000, the International Women of the Year Association named the cosmonaut, who was born near Yaroslavl, as the “greatest woman achiever of the 20th century.”  Tereshkova, who turned 77 on March 6, 2014, said she was even ready to go on a Mars mission if an opportunity came up.

The most-well known Russian female ruler of all time, Catherine the Great was at the helm of the Russian Empire from 1762 to 1796, a time that is called the “Golden Age.”  In those 34 years, Russia became one of the foremost powers in Europe.

Her strong leadership has been credited as being essential for Russia winning the Russo-Turkish wars and spreading the Russian Empire right up to the Black Sea and the Sea of Azov. Russia also took the initial steps in becoming a Pacific power and made in-roads up to the Kuril Islands and beyond. 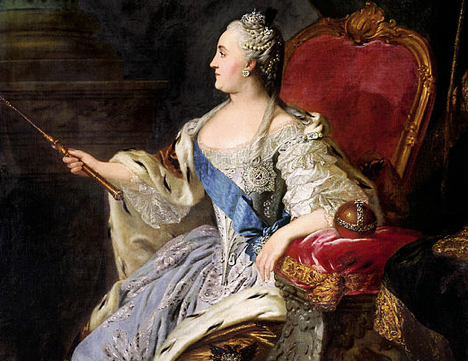 The empress had a great legacy that went well beyond the expansion of Russian territory. The Hermitage, Russia’s finest museum, was the brainchild of Catherine the Great, who passed on her priceless art collection.  She was also a patron of literature and education and was called the “Star of the North,” by Voltaire.

Born Anna Gorenko, the Russian modernist poet left an indelible mark in a domain that was dominated by men in the country. She destroyed stereotypes surrounding women and poets with her poetry that stood out for being emotionally restrained.

The world may never have known about the sheer intensity of the Stalinist purges of the 1930s if it weren’t for Akhmatova’s ‘Requiem.’ The book with its graceful language and its usage of Biblical themes was her best known work, but available in the USSR only in the late-1980s.

Since she was not in favour with the Soviet authorities (her first husband was executed by the secret police and both her son and her third husband were sent to Gulags), she had to constantly hide work and memorize everything that she wrote, to recite only in private readings with her trusted inner circle.

Akhmatova also mentored Nobel Laureate Joseph Brodksy. She died in 1967, after a painful life in which she saw the horrors of the Stalinist purges as well as the Siege of Leningrad. Thousands attended her memorial services that were held in Moscow and St Petersburg (then Leningrad). Her courage to stay on in the USSR and document the injustices of that time has no parallels.

Russia’s first female mathematician made several contributions to the field and was the first woman to be a full professor in Northern Europe, when in 1891 she was appointed Professor Ordinarius at Stockholm University.

Born in Moscow in 1850, Kovalevskaya was interested in mathematics from an early age, studying differential and integral analysis from her father's calculus lecture notes. Although her family hired a special tutor for her and she managed to show her prowess in the subject, she couldn’t enrol in university. She entered into a false marriage and studied in Germany, where she obtained a Phd from the University of Göttingen by presenting three papers on elliptic integrals despite not being allowed to attend lectures and take examinations.

Fighting off the chauvinistic attitudes of 19th century Europe, Kovalevskaya has many achievements to her credit. In 1884, she joined the editorial board of the mathematical journal Acta Mathematica, and four years later, became the first woman to be elected a corresponding member of the Russian Academy of Sciences, although she was never given a professorship in her own country.

Kovalevskaya was also a well-known writer, best known for ‘The Nihilist Woman’ and advocated women’s rights.

Riga-born Vera Mukhina was one of the world’s greatest sculptors and a leading proponent of Socialist realism. Her best-known work is ‘Worker and Kolkhoz Woman,’ which is known as the “ideal” and “symbol” of the Soviet epoch. The iconic sculpture, made from stainless steel, shows a group of two figures with a sickle and a hammer raised over their heads. 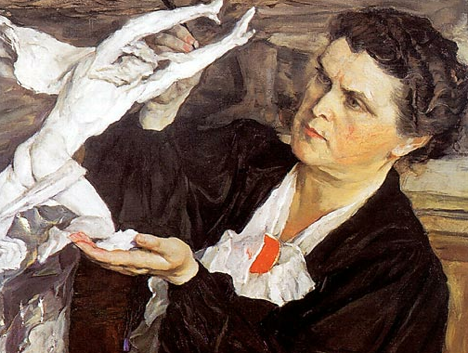 The Mosfilm studio logo is of the sculpture, which is a 24-metre-high, 75-tonne monument made of plate of stainless steel on a wooden frame. The plates are connected by an innovative method of spot welding.

Mukhina’s other famous works include the bronze ‘Peasant Woman,’ which is at the Tretyakov Gallery and the Maxim Gorky monument in Nizhny Novogorod (which at one time was called Gorky). The Freedom Monument in Riga was saved from demolition and being replaced with a Stalin statue, thanks to Mukhina’s efforts and her high standing in Soviet society.