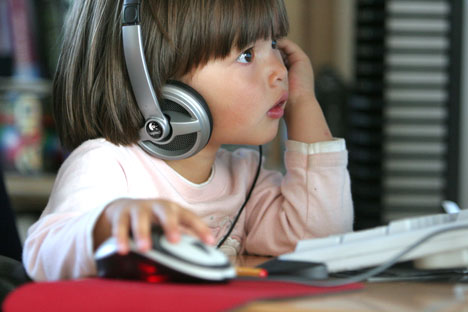 The 5th T@ke Two Internet Festival will be held from April 7 to 21. Source: PhotoXPress

The 5th T@ke Two Internet Festival kicks off on April 7. Hosted online by Rossiyskaya Gazeta, the festival brings together the best Russian films of the last year, from directorial debuts to works by established filmmakers.

On April 7, the website of Rossiyskaya Gazeta (RBTH’s parent company) launches the 5th T@ke Two Internet Festival. The festival brings together the best Russian films of the last year (with English subtitles). Featuring neither art house films nor blockbusters, the festival dishes up a feast of accessible cinema for a wide audience.

The films selected for the festival represent a variety of genres: drama, lyrical and satirical comedy, even a parable. Along with entries by well-known directors are works by two talented debut directors who have won armfuls of festival awards.

Russian cinema is currently experiencing a generational shift, and around half of new films are now made by first-time directors. The most talented of them are represented on our program; among them is Dmitry Tyurin’s drama Thirst, which clinched the best actor award at the 2013 Honfleur Russian Film Festival in France. In the film, the young protagonist is rescued from death during the Chechnya campaign when his army friend saves him from a burning armored personnel carrier. Now he is trying to reintegrate himself into a peaceful life, but the emotional scars run far deeper than his deformed face.

Life in the Russian provinces is depicted in Andrei Proshkin’s drama, Moth Games, in which the popular actor Alexei Chadov plays a talented 16-year-old rock musician who dreams of competing in a television contest in Moscow. Dreams of glory clash with the established routine of the workers on the outskirts of a small backwater town in the Urals.

Yusup Razykov’s Shameexplores thefate of a northern coastal village where submarines are based. The women of the village wait for their husbands to return from a routine mission. However, their return is inexplicably delayed, and the families begin to grow anxious.

The “family film” genre is represented by I Give You My Word, which is set in a typical 1970s Soviet school and tells the story of children who save a stray dog from certain death. The film has won more than 10 prizes - from a Grand Prix to an audience choice award - at international festivals.

I Give You My Word. Source: Konstantin Meerov

The contribution by renowned Soviet and Russian director Karen Shakhnazarov is TheVanished Empire. The work disputes the term “evil empire”, which was popularly applied to the Soviet Union. There was indeed a lot of evil, but even under these conditions people lived and dreamed, and planned for the future, without anticipating that in a few years the country they considered unshakable would disappear from the face of the earth, and their youthful romantic dreams would collide with the harsh prose of life.

The Vanished Empire. Source: And Airapetov

The genre of modern comedy is represented in practically all its variations, from the lyrical romantic adventures of young Russians and Lithuanians in Georgia (Rezo Gigineishvili’s Love with an Accent), to the satire-infused portrait of a bureaucrat who is successful and rich but who inopportunely falls in love (Ilya Demichev’s Crawfishlike), to Dmitry Astrakhan’s almost grotesque parable Kind and Good People Live on Earth, which is crudely cut but forces the viewer to think about the riddles of the Russian character.

Love with an Accent. Source: ledovskiy26

In the term “movie theater,” “theater” refers not only to a room with rows of seats, but also to the nature of the art of cinema: It is in large part based on theatrical principles and traditions. The festival includes some films about the theatrical world (Viktor Shamirov’s Exercises inBeauty, about actors touring in the provinces; Anna Chernakova’s Death in Pince-Nez, or Our Chekhov, a contemporary thriller functioning as a sort of sequel to The Cherry Orchard). There will also be broadcasts of successful screen adaptations of theatrical plays: Chekhov’s The Cherry Orchard, and Vassa, based on Gorky’s play Vassa Zheleznova.

Death in Pince-Nez, or Our Chekhov. Source: 1kinogurucom1

The theater genre is actually represented on the program with video versions of two famous Russian musicals: Sergei Drezin’s Catherine the Great, about how the German Princess Fike became one of Russia’s most powerful empresses; and Georgy Vasiliev and Alexei Ivaschenko’s Nord-Ost, based on Venyamin Kaverin’s novel Two Captains. Both shows and nearly all the films are playing with English subtitles, and we invite viewers from all five continents to learn more about contemporary Russian cinema and theater and to share their reactions in the festival’s online forum.

The online festival offers a rare opportunity for the public to connect directly with filmmakers: Before the viewing, the public will be able to listen to an introduction by the directors and writers, and immediately afterward they will be able to share their opinions, ask the director questions and rate the film on a 10-point scale. The ratings will determine the winner of the audience choice award. The writers of the best capsule reviews published in the festival’s forum will win commemorative prizes.

The main competition will feature 11 films. Festival premieres will be shown every day, beginning at 3 p.m. Moscow time, and each film will be available for viewing for 48 hours from anywhere on the globe. Most of the competition films and both of the theater musicals will be shown with English subtitles.

We look forward to welcoming you to the Rossiyskaya Gazeta Internet Festival from April 7 to 21 at the site.

By the T@ke Two program director

Drama. Based on A.P. Chekhov’s comedy The Cherry Orchard

Death in Pince-nez, or Our Chekhov(modern sequel to The Cherry Orchard)

Mikhal Mikhalych is a clerk in a prosperous institution, everything has been regulated and established, but the joy of life has disappeared. Everything changes one day in a bookstore when he meets Nastya, a saleswoman who has never tasted lobsters.

In a northern seaside village where submarines are based, women wait for their husbands to return from a routine mission. However, their return is delayed, and the families grow anxious...

I Give You My Word

The action takes place in a typical 1970s Soviet town. A group of boys befriend a stray dog: it saves them, and now it is time to save it...

The young princess Sophie Frederike Auguste of Zerbst, nicknamed Fike, comes to St. Petersburg from Germany. She is destined, after defeating the intrigues of the imperial court, to become the head of the Russian state. Music is as diverse in its genres as Russian history itself: from Russian romances, classical solo and Orthodox chants, to jazz, rock and rap.

The first Russian patriotic musical was staged when terrorists attacked the Dubrovka theatre in Moscow in 2002.

A group of stage actors goes on tour to the provinces. The movie is a colorful story about life backstage: The everyday lives of actors are explored with engaging irony.

Drama about a veteran of the war in Chechnya.

A young teacher feels stifled in a godforsaken town where nobody desires anything. The protagonist appears to despair of his own people. But everything changes when he comes across a book that is able to tell fortunes…

Even in that “evil empire” lived ordinary people who loved, dreamed, dealt with difficulties with humor, and listened to their favorite music. They made plans for the future, not realizing that soon all of this well established, and seemingly eternal way of life would disappear.

Love with an Accent

The protagonists travel from Russia and Lithuania to Georgia to find love, surrounded by friendly people and the magic of nature.