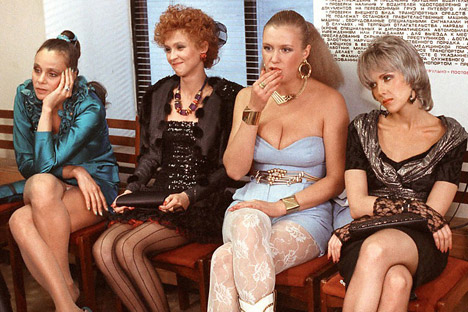 The Russia of the 1990s is staunchly associated with the epithet “heady”. The collapse of the Soviet Union and the arrival of democracy gave the nation not only freedom of choice and an abundance of goods, but also organized crime and wild business. Fashion was equally heady.

The 1990s were an anything-goes period that was defined all over the world by the slogan “Be yourself”. However, in Russia the need for self-realization was exacerbated by economic changes.

After the collapse of the Soviet Union and the switch to a market economy, a torrent of merchandise surged into the country from Turkey and Southeast Asia; these goods were not of the highest quality or most elegant appearance. Fashionistas acquired the ability to dress as they wanted, but the results were not entirely successful.

A careless ponytail, an oversized T-shirt with a fun print and acid-washed jeans constituted the most subdued version of the female look. Then there were variations. For example, it was trendy to wear a lurid-colored T-shirt whose lower edge, around 10–15 centimeters, was cut into vertical strips, each of which was decorated with a tiny colored plastic clip. 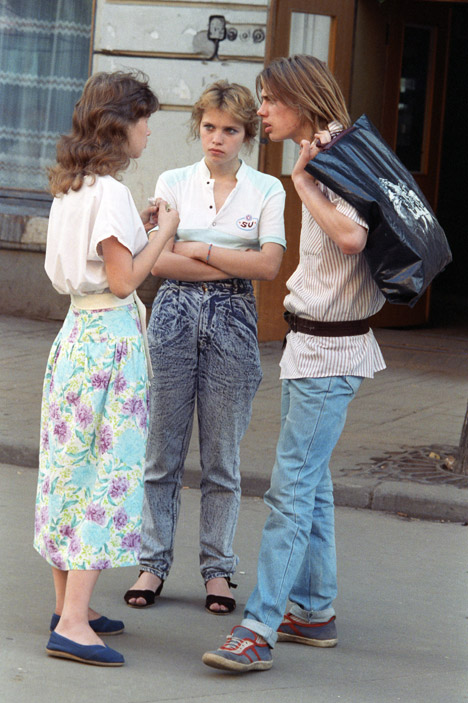 Getting it right and getting it wrong: The heady style of the heady 1990s. Source: ITAR-TASS

Incidentally, acid-washed jeans were so called not only for the color, as resourceful Russians who lacked the means to buy a ready-made pair often produced their own by acid-washing plain blue jeans at home.

An alternative to jeans was the frighteningly stylish trend of shiny stretch leggings in inconceivable color schemes — from monochromatic turquoises, pinks and neon greens to leopard prints and rainbow patterns. They were therefore worn with literally everything under the sun: with an oversized sweater or jacket, under a skirt or alone with a crop top regardless of the wearer’s build or fitness level. 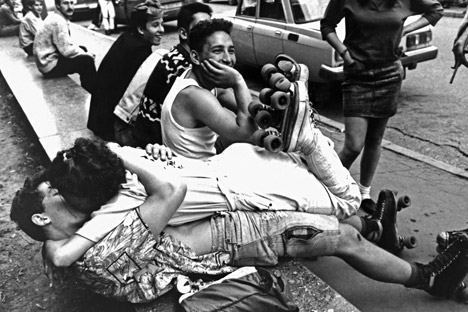 The end of the USSR ushered in a period of wild sartorial freedom when people could dress as they wanted. Source: ITAR-TASS

Slightly older girls went for revealing looks à la Intergirl (this was the name of a popular film about the complicated fate of a practitioner of the world’s oldest profession). Street style was more reminiscent of the discotheque.

Miniskirts were worn with fishnet stockings, colored broad-shouldered jackets and fur-trimmed ankle boots. All the pieces were brightly colored and abounded in prints, decorative items and rhinestones. They were garnished with leather — from biker jackets (a leather jacket with a diagonal zipper) to bracelets. 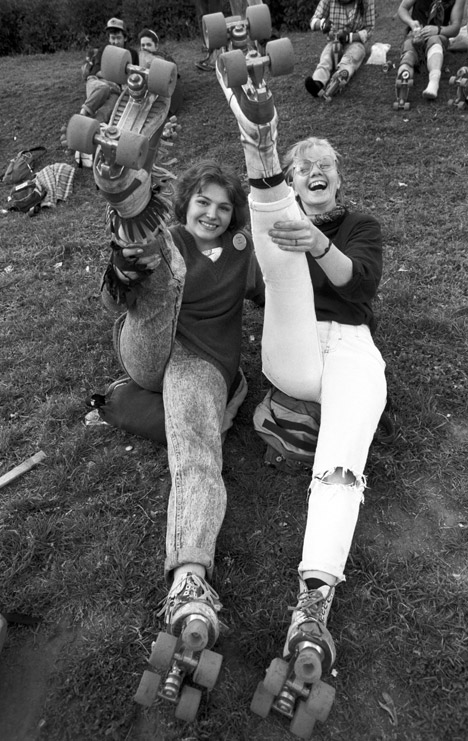 Slightly older women dressed more genteelly. However, like their younger counterparts, they were unable to resist buying, for example, Turkish jeans with rhinestones and embroidery.

More than anything, Russian women were enamored of bright and durable synthetic materials. In the stores (and not only there) one could overhear effusive exclamations along the lines of, “I love synthetics! They feel good and look good!” In the Soviet clothing industry, preference was given to natural fabrics that, despite all their advantages, wrinkled more, came in fewer colors, and did not always sit ideally on the body, so on the whole, consumers found them to be more troublesome.

Another interesting moment in post-Soviet street style was the attraction to clingy cuts. Many women, having grown weary of the prohibition on sexuality, boldly combined stretch jackets and tight-fitting jeans. This wardrobe detail was universally popular.

Nowadays, many elderly women and men take pleasure in wearing jeans despite the fact that before the 1990s doing so was the prerogative of youth. The older generation generally wore dresses, skirts and classic slacks. 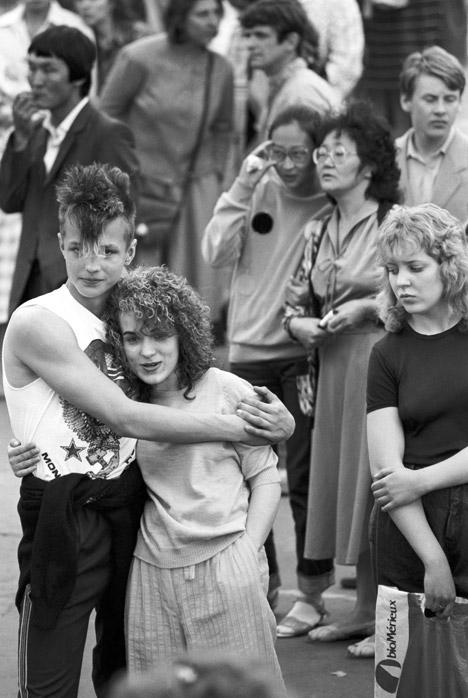 Boys, like girls, wore acid-washed jeans, T-shirts and wide-shouldered jackets, as well as sweatsuits and individual active-wear items. The iconic middle-aged man was decked out in dark jeans or sweatpants, classic shoes or sandals — with or without socks, depending on the season — a shirt and a “scout vest” with numerous small attached pockets, and he carried the indispensable “man purse,” a small handbag to hold and transport documents and other small items. The look was topped off with a leather jacket or sheepskin coat.