Indian jewellery exhibition to be held at Moscow Kremlin museum

The Voice of Russia
Natalia Benyukh 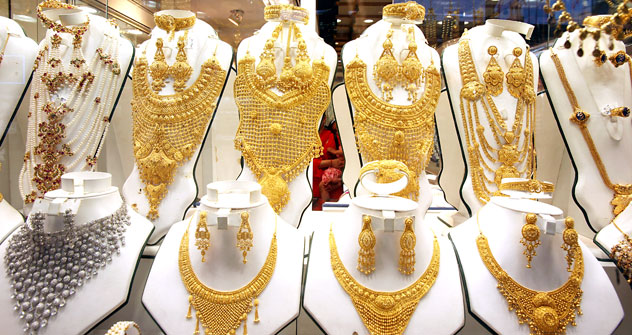 Elena Gagarina, General Director of the Moscow Kremlin Museum, says, precious stones from India have been appreciated in Russia since long. Source: A. Savin / wikipedia.org

Almost three hundred exhibits of jewellery from leading Indian and European designers will be on display at an exhibition titled ‘India: Jewels that conquered the world.’

The exhibition, which opens on Saturday April 12, at the museum complex of the Moscow Kremlin, features gems and jewellery from private collections and museums from India, other Asian countries, Europe and America.

“We had been mulling over the plan to do an exhibition on contemporary Indian art jewellery, but at first we did not have a clear idea about how to implement it,” says art historian Elena Gagarina, General Director of the Moscow Kremlin Museum. “When I came to India, we were shown truly perfect and exquisite jewellery of various ages.”

Gagarina adds that the exhibition will display fine jewellery spanning several centuries. “We decided to follow the path of their aesthetics, starting from the works that are being created in the 21st century to the use of gems by jewellers of the Mughal era,” she says. “During the last three years, we have visited India several times. We have been to Mumbai, Delhi, Udaipur, Jaipur, and other cities, acquainted ourselves with the best collections, collectors and jewellers.”

Precious stones from India have been appreciated in Russia since long, Gagarin adds. They were eagerly purchased by the Russian imperial court. However, they were often acquired in Turkey and Persia. In Russia, Indian sapphires were especially revered as divine stones symbolizing the sky. They were adored by the Russian Tsar Ivan the Terrible. In different periods, icons and holy books were decorated with stones from India. The so-called diamond throne in the Diamond Fund of Russia is decorated with diamonds from Golconda. There are also some other gorgeous diamonds from India in this collection. The most famous among these, the “Shah” diamond weighing almost 89 carats, which was handed over, among others gifts, by the ruler of Persia Fath Ali Shah to the Russian Emperor Nicholas I after the tragic demolition of the Russian embassy in Tehran in 1829. And the biggest – diamond, the “Orlov” in the form of a rose was presented by the Russian Empress Catherine II to her favourite Count Orlov. It weighs nearly 190 carats! Its first owner was Emperor Shah Jahan.

The collection at the exhibition reflects the mutual influence of the art of jewellery making in India and Europe, according to Gagarina. The exhibition includes works by famous contemporary Indian jewellers Viren Bhagat and Munnu Kaslival. Bhagat’s style is close to the works of French jewellers of 1920s and 30’s, while Kaslival closely follows the traditional South Indian school. Their works have merged together sophisticated techniques and brilliant design in their masterful jewellery. Looking at these works, sometimes even jewellers cannot understand how the stone was faceted in such a way that no metal frame is visible around the stones.

The exhibition includes works from London Victoria and Albert Museum, the British Museum and the National Portrait Gallery in London, the Barbier Mueller Museum in Geneva, a private museum in the United States among others. Indian gems are used by world's leading fashion houses which are also participating in the exhibition and presenting their work. These include Cartier, Chaumet and Van Cleef & Arpels.

Elena Gagarina expressed her personal admiration and amazement over the large XIX-XX century gold earrings in the form of abstract geometric forms. Made in south India, they are so reminiscent of the works of Russian avant-garde, she says.  “Today, the legendary jewellery school of India remains our standard of beauty, perfect forms, refined taste,” adds Gagarina. “And Indian jewellers continue to be the unsurpassed masters in the art.”