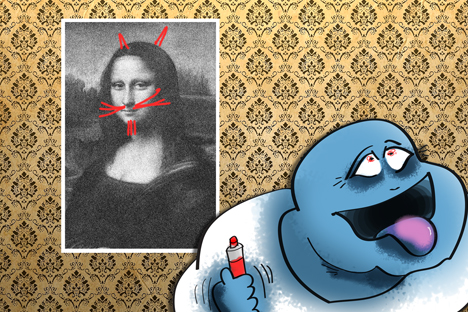 It is very difficult to capture the meaning of this word accurately and fully. Russia's most popular dictionary by Ozhegov defines the derived adjective пошлый ("poshliy") as "morally base, tasteless, and crass." The classical 19th century dictionary by Vladimir Dal had two definitions of it: an old, originally neutral one ("long-standing, anachronistic, age-old; ancient, old-time, time-honored") and a new one, already with negative connotations ("trite, common, outmoded; indecent, considered rude, common, base, ignoble, coarse; vulgar, trivial").

According to Nabokov, "poshlost is not only the obviously trashy but also the falsely important, the falsely beautiful, the falsely clever, the falsely attractive. By describing something as 'poshlost', we pass not only an aesthetic but also a moral judgment. Everything that is true, honest, beautiful cannot be described as poshlost."

All these definitions contain a duality: In some the emphasis is on moral "baseness"; in others, on aesthetic. These days we use the word "poshliy" to describe something that is primitive, sordid and small-minded in the aesthetic sense, meaning primarily something tasteless - although the notion of taste is vague and subjective in itself. Despite the popular wisdom that "tastes differ", still we are convinced that there exists "good" and "bad" taste. For example, most people would consider a dressed-up bride doll attached to the front of a wedding car as "poshlost".

Here Nabokov's reference to truth and honesty comes into play. "Poshlost" is a pretense to having an "elevated" taste in the absence of an independent aesthetic feeling; it is a blind and therefore clumsy imitation of those who truly have good taste. This is what makes "poshlost" different from vulgarity, which can be defined as "sincere tastelessness", typical of people who have received no aesthetic education but have a natural, organic sense of beauty (whose standards may be different from the commonly accepted "high" models; for instance, works by "naïve" primitive artists have nothing to do with "poshlost").

Yet, a good education (including in the arts) in itself is no guarantee against poshlost. If an educated person is guided in their judgments not by their own opinion that they have arrived at independently, but by established standards, this too can be considered as a variety of "poshlost". For example, to admire highbrow art, music, and literature ("O, Mahler! O, Joyce!") just because this is what people in your circle do is, in effect, "poshlost". This particular type of "poshlost" is called snobbery.

Interestingly, if previously the word for ‘snobbery’ in Russian (снобизм, snobbism) traditionally had a negative connotation, in modern usage it has acquired a positive association, suggesting "prestige", "elite". Hence, the title of one of Russia's most prominent glossy magazines, Snob (it is hard to imagine a magazine that would call itself "Poshlyak" – one who is guilty of “poshlost”).

In the meantime, modern culturologists have come to a paradoxical conclusion: An aggressive militancy against "poshlost" can turn into no less than "poshlost" itself.