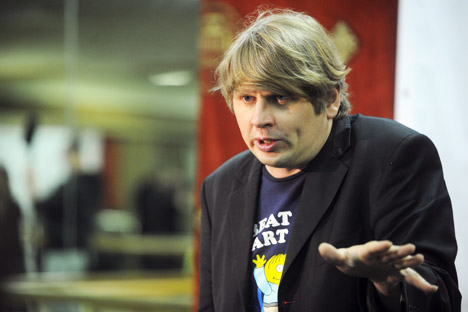 For the past 20 years, avant-garde Russian music has flourished in the West. Russian audiences have always been considered rather conservative, but critics and musicians are convinced that the time for serious contemporary music in Russia has come at last. The internet, Russians' better acquaintance with the life in the West and the emergence of the creative class have all contributed to Russia developing a serious audience for serious music.

For some 15 years now, Moscow has been the host for a music festival called Homecoming. The event was set up by two musicians, Roman Mints and Dmitry Bulgakov, who as students moved to the UK and made a career there. During holidays, they and their fellow students would often come to Moscow. Mints and Bulgakov perform not only classical music but also pieces written especially for the festival by young avant-garde composers.

The Homecoming festivals of recent years have successfully debunked three established stereotypes: 1) nobody in Russia is interested in serious contemporary music; therefore 2) any Russian person with a musical talent must emigrate to the West as soon as possible in order not to end up playing in restaurants; 3) serious Russian composers can survive only on the territory of the Bundesrepublik Deutschland.

Gradually, Russia is developing a taste and demand for composers who some 15-20 years ago had to move to other countries, mainly to Germany, due to the lack of demand for their work and audience apathy. Of modern Russian composers who have made it in the West, the most frequently mentioned names are Sergei Nevsky, Boris Filanovsky, and Dmitri Kourliandski, members of a group with a wonderful name, Structural Resistance. All are in their early 40s or thereabouts; all have studied, lived and worked in the West.

One of the most striking members of the group is Nevsky (born in 1971). He studied theory and history of music at the Moscow Conservatory’s academic college, then music theory and composition at Berlin University of the Arts. He writes extremely original pieces that are "uncomfortable" for the audience and devilishly difficult for performers. His pieces for the flute or the clarinet are more like free jazz, just requiring more advanced reed skills.

Nevsky looks 30, has the hairstyle of a Britpop frontman and gives incredibly interesting interviews. He is a charismatic figure. Some say Nevsky, who also writes music for theater and film, does not have a real talent but is just very good at feeling the current trend. Even if this is indeed so, it is very unusual for an avant-garde composer to be trendy.

In one of his interviews, Nevsky explained the changes that had taken place thus: "In the 1990s, there was a break, because both the masters of avant-garde, the likes of Edison Denisov, Alfred Schnittke, Sofia Gubaidulina, and their students left the country,” he said. “Their return home and a full-fledged revival of musical life began only in the early 2000s, with the development of the internet. Practically from nowhere there emerged a generation of listeners who had a need for contemporary music and a generation of musicians who wanted to play it."

"Composers are no longer leaving, they are coming back," confirms music critic Yekaterina Biryukova, whose professional interests lie in the academic music of the 20th century, from minimalism onwards. "I think emigration is an issue of the past," says Biryukova, since "in the case of musicians, the issue of the border has long ceased to be as topical as it may be for others.

“Your work is where you get commissions and your home is where your suitcases are and where your children go to school. Obviously, in the West there are more commissions for composers because Western society is more used to new music. Although here too, we get world premieres at almost every festival!"

"Composers are growing like mushrooms. They get the latest information from the internet, there is no iron curtain,” Biryukova continues. “The other day, as I was leaving the Rakhmaninov Hall [of the Moscow Conservatory], I saw a group of young composers and performers (all of them are both these days!) sitting outside and playing something avant-garde on a guitar. And next they sang Gershwin.”

“It is all very well,” he continues, “but a lot depends on whether there are charismatic musicians interested in this type of music. There are some emerging. For example, the Moscow Contemporary Music Ensemble, its flute player Ivan Bushuev. Or the conductors Vladimir Yurovsky and Teodor Currentzis."

In order to satisfy his interest in this new music, violin maestro Yuri Bashmet even set up a new contest for young composers: "I asked my friend, composer Alexander Chaikovsky (head of the composition department at the Moscow Conservatory) to organize a contest of new works,” says Bashmet, “just to see what the students, young composers live and breathe. After all, they are always ahead of musicians, because a musician performing a piece is at best the composer's co-author, a positive parasite of sorts,” he adds.

“Whereas a composer creates something from a blank page, literally. We selected as many as nine works. The award will be a performance of the winner's piece at the main hall of the Moscow Conservatory, by me. That will give a strong boost to their career."