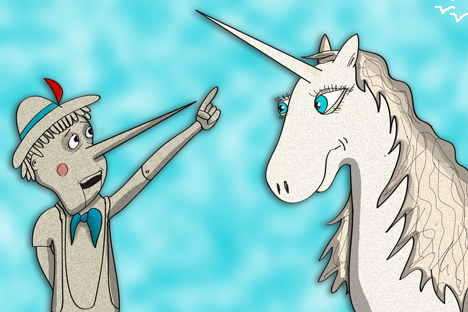 In the Russian language, connotations contained in words are often used by politicians and propagandists as they seek to whitewash their own side and blacken the name of their rivals.

Sixteenth-century writer John Harington's line "Treason doth never prosper: what’s the reason? For if it prosper, none dare call it treason" has become widely known and quoted in Russia thanks to a popular translation by Soviet poet Samuil Marshak.

The Bolshevik Revolution of 1917 was at first described as "the October coup" and "an armed rebellion", but when the Soviet rule firmly established itself, that historical event was officially proclaimed "the Great October Socialist Revolution". Whereas these days the usual way to describe it is the brief and neutral "October Revolution".

As for the events of August 1991, which resulted in the collapse of the USSR, they are hardly ever described as "a revolution" and are known instead as "the August coup", an attempt to prevent the breakup of the Soviet Union, keep the Communist Party in power and stop the reforms. Since that attempt failed, it has been labeled by posterity under the negative tag of a putsch (путч).

Another "putsch" took place in the fall of 1993, when the Supreme Council (the parliament elected back in Soviet times) tried to remove President Boris Yeltsin from power. That failed rebellion is also known as "the October putsch", an event which in effect put the final nail into the coffin of Soviet power in Russia.

Whereas those who supported the Supreme Council thought that Yeltsin had staged "an unconstitutional coup" and described the use of military force against the Moscow White House (were the parliament was based at the time) as a "shelling of parliament".

Manipulation of terms is particularly common in times of war, when each side tries to present its actions as justified and just. For instance, in Soviet history textbooks the Red Army's invasion of Poland in September 1939 was called "the liberation of West Ukraine and West Belarus" (for its part, the Nazi propaganda described the German invasion of the Soviet Union in June 1941 as a "pre-emptive strike").

The second half of the 20th century also produced some euphemisms for describing military actions. The Soviet invasion of Czechoslovakia in August 1968 was officially described as a deployment of "a limited military contingent" aimed to provide "fraternal assistance" to the people of Czechoslovakia "at the request of their leadership".

In December 1979, the Soviet Union sent "a limited military contingent" to Afghanistan, this time not for "fraternal assistance" but for the sake of performing its "international duty".

The Chechen wars of the 1990s gave rise to another term – "zachistka" (зачистка), meaning a mopping up or a sweeping operation, clearing a particular area of armed insurgents (described as "terrorist bandits"), often with civilians affected too.

Russia's operations during the armed conflict with Georgia in August 2008 were officially described as a "compulsion to peace".

A popular Soviet joke of the 1970s-80s went as follows: "Question: Will there be a war? Reply: There will be no war, but there will be such a fight for peace that everything will be razed to the ground."