Cultural ties set to grow between Russia and India in 2014 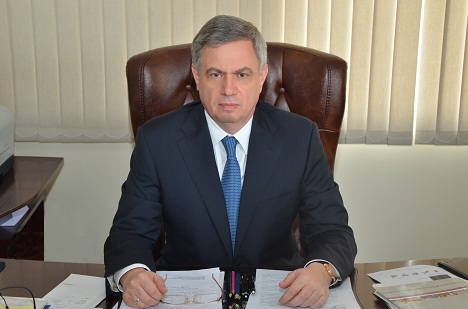 Fyodor Rozovsky, head of the Rossotrudnichestvo Representative Office in India and director of the Russian Centre of Science and Culture (RCSC) in New Delhi talks to RIR about educational opportunities in Russia and cultural exchanges between the countries.

How many years have you been working in India? In which cities have you worked and what interesting impressions do you have of different cities? Do you have any regrets that life has tied you to this specific country?

My acquaintance with South Asia began on September 1, 1974, when I entered the Institute of Asian and African Studies at Moscow State University and began studying Urdu and Persian. I was able to visit the region for the first time in April 1979. I went as a translator for the construction of a metallurgical factory in Karachi and worked there for a whole year. At that time, I was fortunate enough to visit various cities in the Pakistani provinces of Sindh and Punjab. I especially remember my trip to the city of Lahore.

Starting in 1988 I worked in the SSOD-Roszarubezhtsentr-Rossotrudnichestvo system, and soon after in the summer of 1989 I left to be the representative of that organization in the city of Madras (Chennai). In late 1991, I moved to the RCSC in Bombay (Mumbai), where I worked as director for 6 years. Then I went to Bangladesh and by 2004 I was heading the Rossotrudnichestvo Mission in India in New Delhi, which encompasses five centres in the cities of New Delhi, Chennai, Mumbai, Calcutta, and Trivandrum. It is the largest representative office of our organization in the world.

'Year of Culture in Russia' launched in India

Thus, I have spent a significant amount of time here. It’s my 23rd year. I’ve never had any regrets and still don’t. India is close to my heart – it’s the country that gave me my youngest son, Grigory, who is already 9 now. My oldest son lived in Mumbai and Chennai for eight years; moreover, my daughter’s wedding was held in New Delhi. I cannot imagine my life without India.

Which aspect of Indian culture, in your opinion, would be interesting for Russians to know about?

Personally, I, of course, like monuments from the epoch of Indo-Islamic synthesis – and they are close to my understanding of India – including the Taj Mahal, Humayan’s Tomb, and Fatehpur Sikri. I also like monuments in the south of the country where the Hindu temples of Mahabalipuram, Kanchipuram, and the Meenakshi Temple in Madurai are located.

India is a country of immense culture. Everyone finds what he is looking for here. India, like Russia too, of course, is a country with a rich heritage and traditions. Giving the ancient Vedic culture of this country its due, our compatriots are showing interest in classical Indian dances, Kathak and Bharatanatyam, and classical Indian music. Many students come on exchanges or with grants from the Indian Council for Cultural Relations to study Hindi, Urdu, Punjabi, Tamil, Malayalam, and other Indian languages. The Mission of Rossotrudnichestvo in India has traditionally provided comprehensive assistance to scholars from the Institute of Oriental Studies and the Institute of Ethnology and Anthropology of the Russian Academy of Sciences as well as to students from the Institute of Asian and African States at Moscow State University who are sent to India with research objectives, for practice, and on expeditions. In this way, the RCSC in New Delhi has already assisted three such visits since the beginning of this year.

Many Russians, whose sphere of interest touches upon the East, are interested in Indian philosophical teachings, for example those of Sri Aurobindo, Osho, and others. Yoga and its variations are becoming increasingly popular, especially in Russia’s large cities, and are adapted for different population groups.

President Vladimir Putin issued a decree naming this year the Global Year of Russian Culture. How is the Russian Centre of Science and Culture in New Delhi marking the year?

Throughout the year we have planned shows by performers from different regions in Russia, exhibitions by artists and photographers, and presentations of regions as part of the effort to develop the sister-city relationships between Volgograd and Chennai, Pyatigorsk and Kochi, Yessentuki and Thrissur, and Altai Territory and Kerala.

The annual Himalayan expedition of young Russian artists in India will also be dedicated to the Year of Culture in Russia; it will include concerts, master classes and art exhibitions in five Indian cities (Naggar (Kullu), New Delhi, Mumbai, Pune and Trivandrum), and the Russian Festival or Art, Culture and Traditions will be held in the city of Trichy in the state of Tamil Nadu.

How many Indian students this year will be able to get government support to study in Russia? Is this number increasing?

In the 2014–2015 academic year, there are plans to offer government funds to around 40 Indian students to go to Russia to study at the bachelors, specialist and graduate levels, and to 9 students to get training in teaching Russian.

Recently, a number of legislations were adopted to improve study conditions in Russia.

Prospective students can now designate one or more universities where they’d like to study (previously, they could choose only the area of study and the Russian Ministry of Education chose the institution).

In the past, foreign students in Russia couldn’t work while they were students, but since January 2014, in accordance with changes to the Law Concerning the Legal Status of Foreign Citizens in Russia, they can both study and work.

In addition, before the end of the year, Russia and India are supposed to sign the Agreement on the Mutual Recognition of Higher Education Diplomas. This agreement will make it possible to increase the number of students studying abroad, either on government stipends or at their own expense.

Could you explain the process of publishing Russian-language textbooks in India?

In the last year or two, the process of publishing textbooks has intensified, and Russian textbooks are published under license. In the past, there would be a presentation at an international book fair of the new book that had been created by an international authors’ collective titled ‘Russky s alfavita’ (Russian from the alphabet).

Two years ago, working with Indian Russia-experts, we adapted the textbook ‘Road to Russia’ for use in India.

In addition, as part of the Russian Language federal program, in which Rossotrudnichestvo is taking part, we have the ‘Donate a Book’ program. We’ve given free textbooks to around 30 educational institutions all over India.

Do you think there’s interest in Russian in India? How many schools and universities here offer Russian classes?

There is interest in Russian, and it’s growing. It’s taught in more than 30 universities and 16 schools, and in various language centres and in dedicated courses.

More than 20 universities have approached us, asking us to partner with them to bring Russian language teachers here from Russia.

In your opinion, what steps need to be taken in order to continue to promote Russian culture in India?

I see an expansion of Russian-Indian cultural cooperation in joint projects. Next year, we’d like to organize a joint musical project in the fusion genre. Indian classical musicians will have the chance to perform with a band of Russian folk instruments.

Another interesting focus could be the release of joint postage stamps. We are exploring the issue of launching stamps in Russia and India that commemorate bilateral events.

Last year, Indian youth had the opportunity to go to Russia as part of the New Generation program. Please tell us a little bit about that. Will it continue?

This is a presidential program entailing short trips to get acquainted with Russia. It’s meant for young representatives of the political, social, scientific and business sectors of foreign countries, and Rossotrudnichestvo is participating in the program. Several thousand young people from all over the world are sent to Russia by various groups—politicians, businesspeople, journalists. Last year, young cultural figures from India went. They came from all over the country. At the end of their trip, artists, cinematographers and journalists made three documentary films, published travel journals and held several painting exhibitions.

This October, we plan to send a group of Indian politicians and community leaders to Russia, and in late July, young Indians will participate in the BRICS countries youth forum in Moscow.

How many Russian Centres of Science and Culture currently operate in India? What are their main activities?

The Rossotrudnichestvo Representative Office in India encompasses five Russian Centres of Science and Culture (RCSC): in New Delhi, Mumbai, Kolkata, Chennai and Trivandrum. The activities of all five centres are coordinated by the Indian Rossotrudnichestvo Representative Office and the RCSC in New Delhi, which in 2015 will mark its 50th anniversary; the other centres are its branches.

There are classes in all the RCSCs. For example, the RCSC in New Delhi is well known for its School of Russian Classical Ballet, in which more than 200 children aged 5 to 15 from different countries study.

There’s a similar school in the Mumbai RCSC; more than 120 Mumbai girls currently study there.

The Trivandrum RCSC runs the Sergey Eisenstein cinema club, which does a lot of work to promote Russian films.

Russian films are virtually absent from international film festivals in India. Why?

Days of Russian language, culture and literature held in Delhi

In 2007, the Rossotrudnichestvo Mission and the Russian Embassy, in collaboration with Sovexportfilm and the Russian Ministry of Culture, succeeded in restoring Russian cinema to India. The first full-fledged Russian film festival since 1991 – complete with the participation of national film stars – was held in April 2007 and dedicated to the 60th anniversary of the establishment of diplomatic ties between our countries. After a break of nearly 20 years, Russian film festivals have again begun to be held annually in New Delhi and other large Indian cities. The next festival is planned for November of this year.

With regard to the festivals, I can assure you that Mosfilm is celebrating an anniversary this year and Russian films will appear in international film festivals in Goa and Trivandrum. Participation in the film festival in Mumbai is also being discussed. Russian filmmakers will come to present the films.

The doors for Russian pictures have always been open at any film festival in India. Everything depends solely on the activity of filmmakers. For our part, we are prepared to render every assistance in real time with the submission of documents for participation in the presentation as well as with obtaining any information about what goes on in this or that film forum.