Ivan Poddubny: A wrestling legend for the ages

Mikhail Butov
specially for RIR
Russia’s greatest wrestler was called the “Champion of Champions.” Even during the Second World War, he was equally revered on both frontlines. 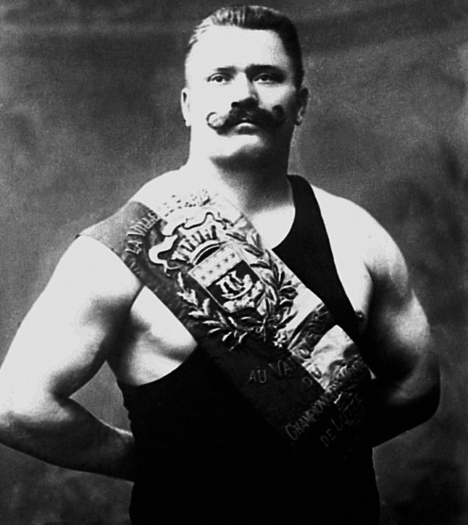 One of the greatest sportsmen in history, wrestler Ivan Poddubny first won the title of World Champion in French Wrestling (now called Greco-Roman) in 1905 at the age of 34 and held onto it for more than three decades. He only left the wrestling mat when he was in his 80s. Although he lost occasional matches, he never lost one tournament. The wrestler said that he only met one man stronger than him in his life – his father.

The walking stick that Poddubny used was made of steel and weighed 35 pounds. The fights that he participated in were often delayed for several hours. The medals he had won filled up several boxes. His wife, however, stole many of them, leaving the sportsmen by running off with an officer from the White Guard during the Russian Civil War.

Poddubny’s life was completely subordinated to his gift. There are times in his life that seem to follow the plot of a well-written novel with vivid, sharp episodes reflecting the fates of nations, cultures, and the whole world.

Poddubny’s career began in the circus. A telegraph pole would be placed on the shoulders of the artist and then people clung to its ends one after another until the pole broke in half. Working in the circus made it possible for him to successfully survive the troubled times of the Civil War. He recalled times when he began a performance in front of the Reds and ended it in front of the Whites.

In the early 20th century, Europe was engulfed in the craze for French wrestling. Wrestling contests and betting on wrestling generated big money. Frequently, contest results were fixed in advance between the impresario and sportsmen that had been bribed. Poddubny, who was an uncompromising advocate of fair play, had to deal with this in his very first European tournament. His opponent, the young French athlete Raoul Le Boucher kept slipping out of his hold because his skin had been rubbed down beforehand with oil that would secrete as he sweated. The exposed opponent tried to buy victory from the Russian wrestler but his dealings were revealed to the public. After that he was so filled with hate towards Poddubny that he even hired assassins to kill him. Poddubny managed to frighten them off with a gun. In the end the killers murdered the one who had made the order as he was unable to pay when they demanded money for the job even though they had not carried it out.

Russian to the end

During the occupation of Soviet territory by Nazi Germany, Poddubny, who had already left sports and was growing old, lived in the city of Yeysk on the shores of the Azov Sea. He would walk about the city without removing the Soviet medal he had been awarded. For this medal, he was taken to the Gestapo, but they immediately released him as soon as they realized who they were dealing with. They even arranged for him to work at a billiard hall, and drunk Germans who he removed from the establishment later bragged to each other that “Ivan the Great” himself had put them out the door. Many officers had in their childhoods rushed to the performances of the strongman from Russia and remembered him their whole lives. Poddubny was offered a chance to go to Germany and train German sportsmen but he categorically refused declaring, “I am a Russian wrestler – I won’t leave them.” It is also amazing that after the liberation of Yeysk, the Soviet Chekists did not touch him either even though they had more than enough grounds for that time to accuse him of collaboration with the occupants.

“Ivan the undefeated” was conquered by hunger. The athlete’s organism was for many years accustomed to an enhanced energy metabolism. Poddubny needed much more food than a regular person, and even the Germans gave him 5 kilos of meat per month. But this was unthinkable in the difficult conditions of post-war Russia. People tried to help the famous champion but he could not get enough food anyway. He sold all of his awards and sent a letter to the Kremlin with a request to increase his rations, but there was no reply.  Although everyone was undernourished, Poddubny truly suffered physically. Those who saw him after the war did not recognize him as the former “Champion of Champions.” They recalled him having slumped shoulders with an expression of sadness and resentment frozen on his face.

According to unconfirmed reports, large sums of money that Poddubny had won in European and American performances remained in his Western bank accounts. But in those years he had no possibility of using that money.

Ivan Poddubny died in 1949. Engraved on his tombstone are the words: “Here lies the Russian Hercules.” Several years after his death, a film was made about him where Poddubny was portrayed in an ideologically adjusted matter – as a patriot of Soviet Russia. Today, riding on the crest of a new wave of patriotism, Poddubny’s figure is back in demand; a Russian biopic of the same name has just been released. The tragic end of the sportsman’s life is left out of this and other films.

Russia is proud of its great fighter for truth. But such grandiose figures do not belong solely to their homeland – they are part of global sports, history, and culture.