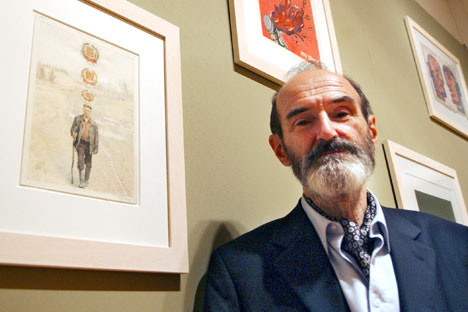 Starting in September, the Moscow Manege will host an exhibition by Russian avant-garde artist Eric Bulatov, who promises that the show will synthesize the entirety of his work. Bulatov has lived in Paris since the early 1990s, although he often travels to Russia. During preparations for the exhibition, an RBTH journalist was able to meet the artist in Moscow and hear him out on Russia, art, and freedom.

On the upcoming exhibition

Mainly, I would like this exhibition to show what I have been doing over these eight years since my last showing at the Tretyakov Gallery [in 2006]. This will be the sum of my life's work, and I am very keen to see how it will be received.

In Yekaterinburg, they are opening a Yeltsin Museum, after Russia's first president. They are going to present all of 20th-century Russian history there, because to this day that history has not been written. The museum will contain all sorts of things, and culminate with a Hall of Freedom.

They invited me to create a painting for the museum, the very image of Freedom. Did I agree? Of course. It should be an enormous painting, seven by 5.5 meters [23 x 18 feet]. I have done a sketch, now I need to bring it to life.

For me, the image of Freedom means the sky and space, space beyond social confines. I am convinced that within social space freedom cannot exist. Leaving the bounds, passing through the painting: That is freedom. I depicted something similar in my painting I Go. 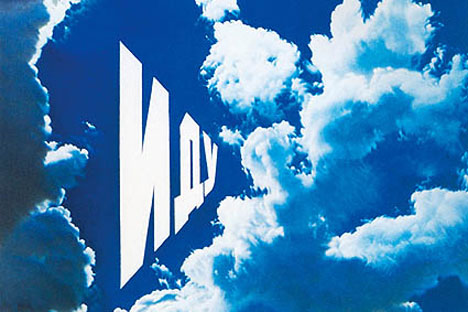 I come to Moscow every year; I also have a studio here. People in Moscow have become better, softer, and the city is cleaner now. Before, there was irritation; tension which especially made itself felt in the metro at rush hour. People are more polite now; even the drivers have begun stopping before the crosswalks, which would have been impossible to imagine not long ago. Something is changing for the better after all, not just for the worse.

Nostalgia for the Soviet past is very dangerous, and this tendency of contemporary Russia frightens me. It was a very bad time, and one mustn't idealize it. Those that idealize it do so because they were young then, and youth always has its advantage over age.

It was a bad time. The Soviet system was inhuman by principle. It's quite another matter that the system began to weaken and became less bloodthirsty as it did. Then it was possible to lead some sort of life, resist, mind one's own affairs. But you cannot take this fact and draw the conclusion that it was a good era. This tendency to go backwards puts me on my guard, and it is partly the reason why I accepted the commission for the Yeltsin Museum. Through that work I want to express, first and foremost, freedom from the Soviet system.

My statement on the subject of contemporary Russia will be on display in the Manege in a painting called Our Time Has Come. The piece Painting and Audience will also reflect my understanding of the Russian situation today. 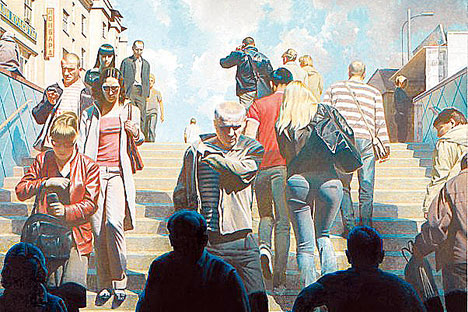 Russia herself bears much of the guilt for the West's conviction that Russian art does not exist. Exhibitions of Russian art are always put together in such a disgustingly talentless fashion, that you come to the conclusion that there is no art in Russia.

And then there is that European self-conceit, even if they acknowledge some of us. I cannot call myself offended. There are enough of my paintings in museums; my work gets shown at many exhibitions. Nevertheless, the achievements of the two or three artists that Europe accepts - Kabakov, myself - are treated as individual accomplishments that in no way reflect Russian art.

The Russian avant-garde of the 1920s - the only fragment of Russian art that garners any respect - is treated merely as the result of French influence, not related to Russian art at all.

Yes, our avant-gardists studied with the French, but in a few short years they began to do such things that simply weren't done in France. There was Malevich's Black Square. What was there like that in France? Nothing. Having learned something from the French, Russian artists very quickly began to create something entirely different, singular, Russian.

Our culture is European, and so are its upbringing and modes of reasoning. The national idea is the worst of all ideas. We ought to take part in universal human affairs with our own face, not some repulsive nationalistic mug.

Nationalism is now the greatest danger in Russia, one that is particularly tied to the aestheticization of the Soviet period. However, I am convinced that our European consciousness and our road forward are bound to Europe and that it cannot be otherwise. Yes, and Europe herself cannot be without us. How can there be European literature without Tolstoy, Dostoevsky, Chekhov? It's silly to even speak of it. Whether you want it or not, we will have to tolerate and accept each another.

Eric Bulatov was born on September 5, 1933, in Sverdlovsk (now Yekaterinburg). He graduated from Moscow's Surikov Institute of Art. During his studies, he was one of the best students in painting and was slated to receive a gold medal, but he was stripped of this award after leading a student protest against the curriculum.

Bulatov worked as an illustrator at the children's publishing company Detgiz, together with the artists Ilya Kabakov and Oleg Vasiliev.

In 1988, UNESCO named Eric Bulatov Artist of the Year, and in 1989 it organized a personal exhibition of his work at the Pompidou Center in Paris. After a series of large personal shows in the U.S., Switzerland, Italy, West Germany, and other countries, Eric Bulatov was named “the Artist of Perestroika”.

He has worked in the West since 1973 and moved to Paris in 1992, where he currently resides.

Read more: Malevich exhibition showcases a master of the Avant-Garde