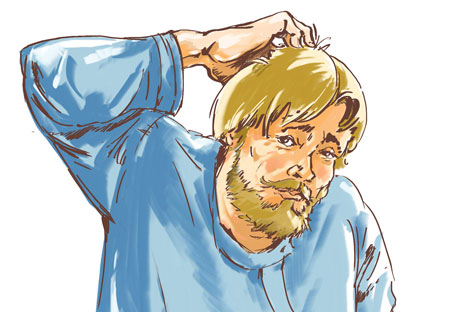 Why did Russians use to tear the front of their shirts, throw their hats on the ground, and show each other the ‘fig’ sign? And do they still do this? Maxim Desyatnikov deciphers the language of seven different folk gestures that have their roots in Russian folk culture, some of which are still used today.

Scratching the back of the head

A Russian person scratches the back of his head when he is concerned about something. But why? Probably not to stimulate circulation in the brain. One version says that the gesture comes from folk magic: Their ancestors scratched the backs of their heads in order to summon the help of a primogenitor, a genius of mankind.

Tearing the front of a shirt 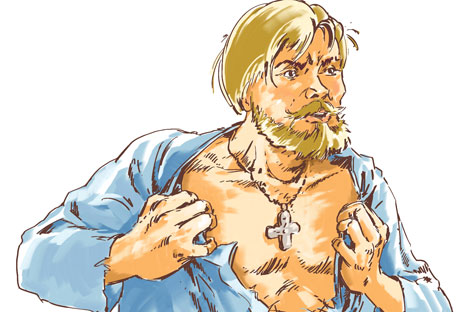 Originally, this gesture was supposed to be the improvisation of an oath. There is a hypothesis that in times gone by Russians used this expressive gesture to demonstrate their loyalty to the Orthodox faith, displaying a cross on the chest.

It is well known that during corporal punishment, the executioners tore the tops of the person's shirt. Therefore voluntarily tearing your clothes indicated a willingness to ascend the scaffold in the name of truth.

Russians stopped making this gesture literally when it became indecent to show emotions in society. Culturologists link this phenomenon with the birth of etiquette in Russia during the reign of Peter the Great in the 18th century.

Today, the action of tearing one’s shirt has been replaced by the use of a proverb in cases when people show their emotions too vigorously, and the expression “to tear one’s shirt” is rooted in Russian slang speech.

Throwing one’s hat on the ground 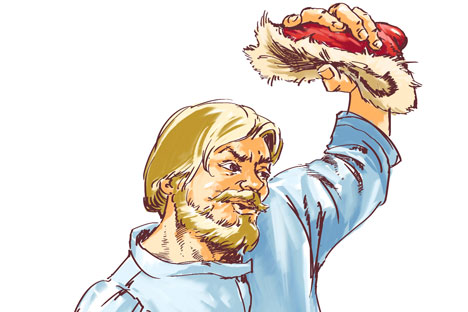 This expressive gesture was used to articulate some kind of desperate decision. A headdress (along with a beard) was a symbol of honor and integration into society for Russian men. Taking off one's hat in public was considered to be shameful – a civil penalty of sorts.

Usually, debtors were subject to taking off their hats. When a person took off his hat and threw it on the ground voluntarily, he was demonstrating a willingness to take an insane risk in which the price for failure would have been expulsion from society.

In the modern world, this action has lost its significance, as the hat is no longer a way of differentiating social classes. In addition, perhaps another circumstance affected the disappearance of this gesture.

As a result of Russia’s disastrous defeat in the Russo-Japanese War of 1904-1905, throwing hats became seen as a symbol of foolish arrogance and bravado and acquired a negative association for the Russian nation. 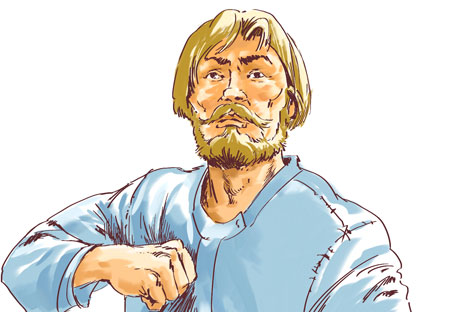 According to one version, this gesture evolved from a nomad military tradition and was imported to Russia by the Tatars, who used this gesture to make an oath of allegiance to a military commander. Hitting oneself in the chest was a demonstration of loyalty.

Like many other Russian gestures, beating one's chest almost disappeared after the introduction of rules of etiquette to Russian culture in the 18th century. Beating one's chest became a phraseological expression meaning to "by way of an oath, vociferously tell someone something".

As for the gesture itself, today such behavior is rare, regarded as a manifestation of aggression typical for boxing or street gangs, though people can sometimes be seen beating their chest in an attempt to prove their rightness when their arguments are exhausted. 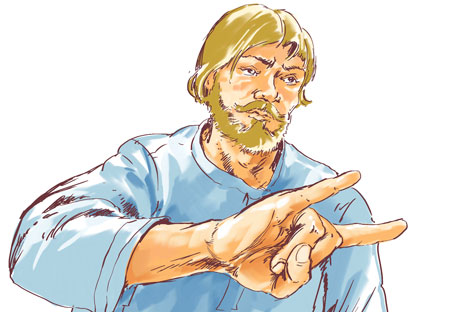 This gesture is often wrongly confused with the criminal “sign of the horns” or the sign made by heavy metal fans. But the Russian version, the “koza”, is thousands of years old. It is associated with protection from black magic and evil spirits during the Middle Ages, when belief in the occult was widespread. The older generations probably still remember the short tale that starts with “a goat with horns is coming for little children…”

The adult shows the child a butting goat by imitating the goat's horns with the little finger and the index finger of the right hand. This isn't just a game; it is how our ancestors warded off the evil eye. It is curious to note that some Orthodox icons feature the Savior and saints who are showing off an extended pinky and index finger.

In the 90's, Russia’s nouveaux riches (the so-called "New Russians") used "koza" as a symbol of superiority over others, but this expression has since lost popularity. Ordinary people use the gesture for playing with children. In Russian sign language for the deaf and dumb, this gesture means the letter Ы.

Showing somebody the “fig” 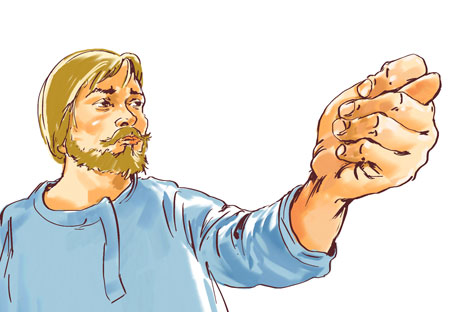 To make the “fig”, you must put your thumb between the index and middle fingers – a gesture that is common across many cultures. According to legend, this gesture relates to East Slavic traditions, in which it was a universal talisman capable of warding off danger, especially the evil eye and evil spirits.

Yet the Russians most likely picked it up from German travelers, who used it as a vulgar gesture in an attempt to seduce Russian ladies. There is even a version that the gesture's alternative name, “figa”, came from the German phrase fick-fick machen, meaning to engage in sexual intercourse. In Russian tradition, the gesture was transformed into a symbol of absolute and final refusal.

These days, the gesture is not necessarily a manifestation of aggression; it can even be a joke. Russians even do not have to make this gesture nowadays, it is enough to say fig tebe! ("fig to you!"). Since it has become a slang expression that contradicts the rules of etiquette, fig is commonly used among friends and close social circles.

Flicking a finger on the neck 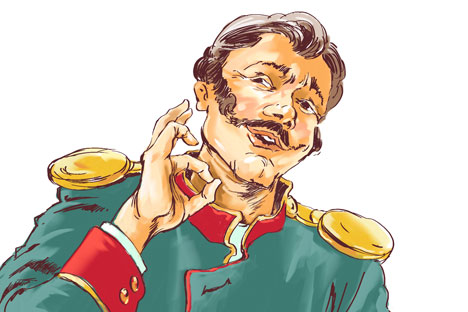 This Russian drinking gesture comes from the idiom “to put [a drink] down under the necktie”, which was popular in the 19th and earlier 20th centuries. The expression originated in officer culture and was supposedly thought up by colonel Rayevsky, who was “a talker and a joker.”

According to the legend, he came up with another drinking term – a little bit “podchauffé,” which means tipsy [the expression appears to be a combination of the Russian prefix ‘pod’ and the French ‘chauffé’, meaning ‘heated’ – it could perhaps be translated as “heated up” – RBTH].

It is interesting to note that the gesture was adopted by illicit sellers of alcohol during the “dry law” established by Tsar Nicholai II in 1914.