Films about Ivan the Terrible are a reflection of society 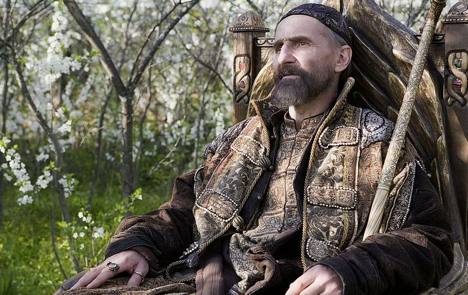 Like Joseph Stalin, Tsar Ivan the Terrible is one the most controversial figures in Russian history. Some consider him a tyrant while others see him as the gatherer of Russian lands.

It is no coincidence that Ivan the Terrible or Ivan Grozny was praised in Russian cinema during Stalin’s time. Since then, the attitude towards him has changed many times. It is possible to study the changes in the moods in Russian society from the way his image is interpreted in film.

Ivan Grozny’s character is a stumbling block dividing Russian society. Patriots consider him a great statesman and collector of Russian lands while West-leaning Russians see him as one of the cruellest Russian leaders, destroying those he disliked, and keeping the country locked in fear. Films about him speak more about Russian society than the Tsar himself.

Stalin – the continuer of Grozny’s policies

The first film about Grozny was shot in 1915 and it did not yet carry a pronounced ideological load. Films became propaganda tools after the October Revolution when the leader of the world proletariat, Vladimir Lenin, declared that, “for us, cinema is the most important art.” That film, Tsar Ivan the Terrible, is notable only for the fact that the great Russian singer Feodor Chaliapin debuted in it. Ironically, the role of Chaliapin, whose greatness lay in his voice, was silent (films were then shot without sound).

Then, Grozny's image was revisited under Stalin. Stalin cherished Grozny. Following Friedrich Engels, Karl Marx's collaborator, he understood that it was only possible to maintain his status as a demigod by “standing on the shoulders of giants.” Grozny with his aggressive national policy was suited for this role as never before. With the help of Grozny, Stalin justified his actions and explained his policies to ordinary viewers.

In 1941 the film, The First Printer Ivan Fedorov, was released. Fedorov was a figure on the scale of Johannes Gutenberg in Europe. In the film, the printing press is symbol of progress and Tsar Ivan is encouraging the development of the printing press in every possible way. This was a direct analogy to Soviet Russia where illiteracy was eliminated and peasants were provided with education. But even progress has its enemies - the Orthodox Metropolitan Filipp Kolychev and the boyars. They give the order to burn the printer's workshop and drive him out of the country. In this way, Soviet propaganda solves two problems; it battles religion and exploiters while drawing a parallel: Internal enemies, who want to keep the Soviet people in the dark, are opposing Stalin and the people, and they must be fought now just as back then.

The theme of the struggle against internal enemies attains its apotheosis in Sergei Eisenstein's masterpiece, Ivan the Terrible, the first part in a series of films which was released in 1944. It was shot in Almaty, the capital of Soviet Kazakhstan, where cinematographers were evacuated to during the war. The very fact that the state allocated a lot of money for the production of the work during the most difficult war in the history of the human race speaks to how important this theme was for Stalin.

Stalin was an excellent film producer. He personally edited material and, judging from the transcripts of his meetings with filmmakers that have survived, he gave very pertinent advice. It is a different matter that the advice he gave was primarily ideological. In the second part of the series, it is true that Eisenstein crossed the line: the parallel between the paranoid Grozny with his Oprichina guards and Stalin with the repressive Stalinist apparatus was too obvious. Stalin demanded fundamental alterations to the second film, but the director died. The second part in the film series was not released.

The dictator is good-natured, not evil

After Stalin's death, the new Soviet leader Nikita Khrushchev denounced the Stalinist ‘cult of personality,’ and along with this in 1958 the second part in the Ivan the Terrible film series was released as the director had planned it. The next film about Ivan Grozny was shot during the time of Leonid Brezhnev's rule, in the so-called period of stagnation. The totalitarian regime in the Soviet Union was ‘vegetarian’ at that time - ordinary citizens were still forbidden to go abroad and suspicious books were banned, but people were no longer arrested by the thousands as under Stalin. The main advantage of the time was stability.

Grozny appeared in a comedy film based on Ivan Vasilievich Changes Profession by Mikhail Bulgakov. In the story, as a result of time machine failure, Tsar Ivan finds himself in modern Moscow in a small apartment in an ordinary high-rise in a residential area, and for the rest of the film he marvels about how well everything is arranged, much better than what was had in the Middle Ages.

The main ideological achievement here was the legitimization of the image of the good-natured dictator. Indeed, Brezhnev was gentle and peaceful and his policies were much milder than Stalin's had been.  So predecessors were cut out in the image and likeness of the living ruler.

An apology of Orthodoxy

After the collapse of the Soviet Union the demand for criticism of Soviet policy surfaced. Grozny, who was firmly associated at that time with our totalitarian past had to be symbolically humiliated and destroyed somehow.

The role of Orthodox Christianity in Russian society has dramatically increased during our time. All of the religious holidays are widely reported in the press and clergymen have become prominent media personalities. In the film Tsar (2009) by the director Pavel Lungin, Grozny is played by Peter Mamonov - the legendary rock musician and charismatic actor. In his interpretation, Ivan Grozny is a battlefield between God and the devil. Metropolitan Filipp Kolychev, the Russian saint, enters the foreground going to his death for the sake of his faith in Christ. And if in 1941 in the film The First Printer Ivan Fedorov the obscurantist Kolychev opposed the state-builder Ivan, in 2009 the Tsar was an extremely contradictory personality, almost a negative one, while Kolychev was, conversely, a saint.

In the same year, the 16-part television series Ivan Grozny was released as if to announce: we are just filming a domestic story from the life of an ordinary man and we do not give it any assessment. In this spirit one could reduce the story of Genghis Khan to that of an electronics store manager. This is yet another sign of the times – Russia has become a consumer society where even middle managers want to see on screen the same philistines as themselves.

The writer is a film critic.