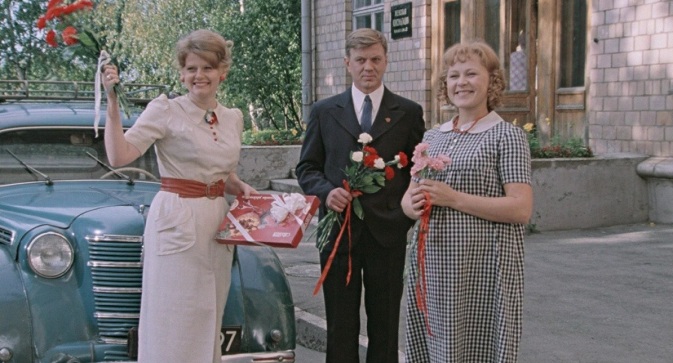 Fans of international cinema will get a chance to see classics of Andrei Tarkovsky and Sergei Eisenstein, as well as more recent films.

The 16th Mumbai Film Festival, which will be held on October 14-21, will have a special section featuring Mosfilm classics titled Retrospective of Russian Cinema.

10 Russian films will be screened as a part of this section. “The festival offers a rare opportunity to watch films like Sergei Eisenstein’s Alexander Nevsky on the big screen,” a spokesman for the festival told RIR. “There has been a serious demand for us to feature Russian classics.”

The classics include 2 films by Sergey Bondarchuk, including War and Peace, which won the Oscar for Best Foreign Language Film in 1969. The film will be shown in 2 three-hour parts with English subtitles.

Another Oscar-winner, Vladimir Menshov’s Moscow Doesn’t Believe in Tears will also be screened at the festival. The film that traces the lives of 3 women in the capital in 2 different periods of history won the Best Foreign Language Film in 1980.

Those interested in Russia’s history will get a chance to see auteur Andrei Tarkovsky’s Andrei Rublev. The film is based (albeit loosely) on the life of the 15th century icon painter and gives viewers a glimpse of medieval Russia.

The Mumbai Film Festival will also feature a few new Russian films. Karen Shakhnazarov’s The White Tiger, an action film set during the Second World War. It was Russia’s official entry for the Oscars in 2012. Another Shaknazarov film A Rider Named Death is also on the list.

Soviet filmmakers did not have many opportunities to cooperate with their foreign counterparts, but one rare occasion provided an Oscar-winning classic. Dersu Uzala, a 1975 Japanese-Soviet co-production was directed by the great Akira Kurosawa. This was the auteur’s first non-Japanese language film and his only 70-mm film. The film is based on a book by explorer Vladimir Arsenyev, about his exploration of the wildest parts of what is now the Primorye territory and the Khabarovsk region. The film was shot completely in the wilderness of the Russian Far East, when the area was completely closed to outsiders by the Soviet authorities.

For more information on the Mumbai Film Festival, keep an eye on the official website. The exact schedule and the venues are likely to be announced shortly.