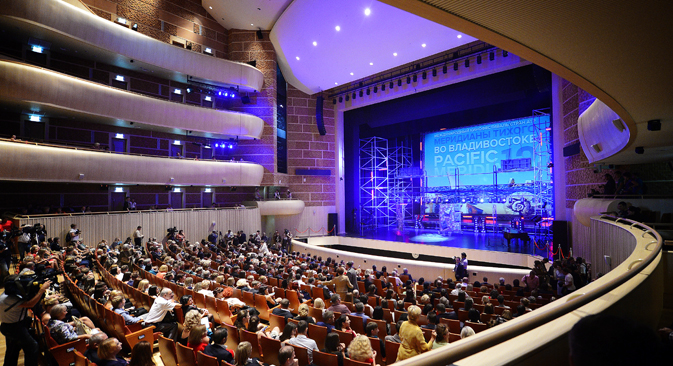 The festival, now in its 12th year, gathered filmmakers from 15 countries and a selection of high-profile celebrity guests, including Hollywood stars Adrien Brody, Michael Madsen, and Stephen Baldwin. A key feature of this year’s competition program was the predominance of films concerning travel in various forms.

The 12th Vladivostok International Film Festival of Asia-Pacific Countries, also known as Pacific Meridian, has just wrapped up. Films from 15 countries – Russia, Japan, South Korea, China, India, the United States, Canada, Mexico, Ecuador, Chile, Sri Lanka, Indonesia, Singapore, the Netherlands, and Taiwan – participated in the festival’s competition program. The concept of life as a journey, social vulnerability, and lack of education were the key themes at this year’s event.

A crossing of cultures

The first thing that caught the eye during the competition program was the abundance of road movies. Six of the 10 films in the feature film program were road movies. In the Mexican film The Life After, children set off in search of their mother. In the American film Stand Clear of the Closing Doors, a young artist spends a whole day traveling on the subway, which proves to be a serious psychological experience for him. In the Russian film Blood, a mobile blood transfusion station travels through several villages.

The theme of travel is not limited to geographical movement; it can also mean travel from culture to culture. Anna Novikova, a media studies professor at the Higher School of Economics in Moscow, told RBTH that this genre is ideally embedded in modern cultural trends.

“The formulaic genre of travel permeates all of modern culture. This is connected with the processes of globalization and the modern ideology of cosmopolitanism,” Novikova said.

The festival’s venue – Vladivostok, the capital of the Primorsky Territory in Russia’s Far East, near China, both Koreas, and Japan – speaks to these trends and to the global crossing of cultures.

Vladivostok’s unique location has afforded it some specific characteristics, such as the predominance of Japanese cars with the steering wheel on the right side (whereas the European part of Russia is dominated by cars with the steering wheel on the left side), an abundance of goods that would be unfamiliar to Muscovites and residents of European Russia, and signs advertising supermarket chains and insurance companies that do not exist in Moscow.

Indian director and producer Sidharth Srinivasan, who chairs the festival’s NetPac jury, talked to RBTH about how the processes of globalization influence the film process.

Srinivasan represents the organization NetPac, which in the 20 years since it was founded has become established as the leading platform for the discovery and promotion of Asian cinema.

“Globalization has its pluses and minuses, but every cloud has its silver lining,” the Indian filmmaker said.

“European festivals and foreign sponsors can breathe life into independent film. Globalization is becoming a necessity. As a director, I’m worried about one thing: That the creative person retains the possibility of not changing himself.”

Thanks to globalization, the themes covered by independent film are converging throughout the world. The first and most prominent theme is social vulnerability. What could Sri Lankan, Chilean, Russian, and Ukrainian films have in common? They portray people who are helpless in the face of lawlessness, suffer social doom, and lack moral guidance.

The Ukrainian film The Tribe depicts a criminal gang of deaf adolescents from a boarding school for the hearing impaired, while the Russian film Correction Class – directed by Ivan Tverdovsky, who won the Best Director Award – portrays an education system that literally crushes students with disabilities.

Social film convincingly demonstrates that the problems people suffer are much the same, no matter the country.

Several big names were present at the Vladivostok festival thanks to the efforts of Pacific Meridian’s founder and director, Efim Zvenyatsky, who invited internationally renowned celebrities to the event.

This year, the festival was attended by Oscar winner Adrien Brody, Hollywood actor Stephen Baldwin, and one of Quentin Tarantino’s favorite actors, Michael Madsen, who was a member of the jury. It was quite an unusual sight to spot a sleepy-looking American celebrity in the screening room at 10:00 every morning.

In an interview with RBTH, Madsen admitted that he saw the filmmaking process in a different light as a jury member. “This is my second time in Vladivostok, but the first time I hardly saw any films. Now, as a member of the jury, I see a lot of films from different countries, which I probably wouldn’t have seen if it weren’t for the festival,” the actor said.

The organizers of the festival set up an effective marketing strategy by inviting celebrities (in addition to leading Americans, there were also many Russian actors) to attract ordinary viewers to the festival. By keeping abreast of independent film in the Asia-Pacific region, regular viewers serve to popularize filmmakers from the participating countries.

It is no accident that the festival is growing in scale with each year and that, now in its 12th year, it is already considered one of the world’s top film festivals in terms of its repertoire, the quality of its organization, and its guest list.

Read more: From aliens to the guys next door: Foreigners in Russian movies>>>