Aleksei Makushinsky: Real books should be read for their own sake 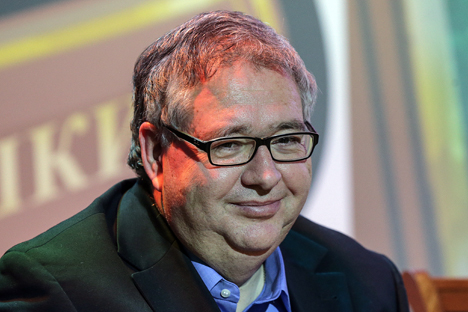 Poet, translator, and essayist Aleksei Makushinsky works in the Department of Slavic Studies at the University of Mainz in Germany. His new novel “Boat for Argentina” details the life of Alexander Vosko, a Russian first-wave émigré (1918-1923) who becomes a famous architect.

Rossiyskaya Gazeta: Why did you invent the biography of a fictional hero when there are so many amazing real stories?

Aleksei Makushinsky: The characters in “Anna Karenina” are also fictional. Actually, why invent any lives at all, when there are so many real women who left their husbands for a lover? On a serious note, I like combining reality and fiction. All the main protagonists in my book are fictional, while the minor characters are often real. For example, my Alexander Vosko meets Mies van der Rohe and Le Corbusier. Or, for instance, he takes part in the Civil War in the Baltic as a young man. All the names and events are authentic, and I took great pleasure describing everything as accurately as possible. I really enjoyed reading documents and materials from that time. And then, of course, there’s my own life. My style is a combination of autobiography, descriptions of traveling, biographies of real people, and pure fiction.

RG: What is the book’s main idea?

A.M.: I don’t think there is any “idea” separate from the text. There’s probably some meaning – or the search for meaning – the attainment of some meaning. My protagonist, Alexander Vosko, strives to create some meaningful structures in his architecture, thereby overcoming the apparent meaningless of existence. In the same way, the book tries to turn a set of random facts and life circumstances into some kind of meaningful structure, or at least into something in which the meaning shines through. In that respect it’s quite a reassuring book, which is most surprising for me. Quite simply, I was very happy when I wrote “Boat for Argentina.” Even now, reading back over the text, I still feel that happiness.

RG: Your novel was almost immediately noticed and picked out, even before it was published. Why do you think that is?

A.M.: As the author, it’s really hard for me to judge, but I can suppose that the book’s varied elements appeal to a varied readership. While my previous book, “The City in the Valley,” is about failure, collapse and defeat, and everyone dies at the end, “Boat for Argentina” is in a sense a book about happiness. It’s about how everything turns out alright against all the odds. In other words, there is a certain fairytale aspect to it – a fairytale with a “happy ending.”

RG: In your two previous books, most of the action – if not the key action – occurs during the Civil War. Do you have a special relationship with that era?

A.M.: That was a momentous period in Russian – and not only Russian – history. The revolution and accompanying Civil War was the main event, or the main catastrophe, of the 20th century for Russia. It was a momentous and tragic period. You can’t fix it now; the war has been lost. I probably idealized the White Movement somewhat when I was young. You shouldn’t do that. Idealizing anything is a bad idea. In “The City in the Valley” there’s a war in southern Russia, and the book isn’t as historically accurate – there’s more some kind of “vision” in it. In “Boat for Argentina” it’s not even really our Russian Civil War, our “familiar” Civil War. It’s a very particular Civil War – in the Baltic. A war that everyone took part in – Russians, Latvians and Germans (both Baltic Germans and Germans from Germany – “imperial Germans,” as they were called at the time). I’m hoping to write about these events in the Baltic again sometime. However, it’s just a few passages out of just one of the book’s historical layers.

RG: It feels like there is something personal there as well, do you agree?

A.M.: I think it’s somehow connected with my own St. Petersburg and Baltic roots, and also with the fact that I spent half of my youth in Latvia, particularly in Courland. Of course, I went there again when I was writing the book. I went to all the places where the action occurs.

RG: Did you take a boat to Argentina?

A.M.: No. Unfortunately, it’s expensive and far away. In the book, Argentina is – how can I express it most accurately – a “dreamland.” That’s how I write about it, and I’m up front with the reader that I’ve never been there. It’s just a “completely different place,” something very far away and therefore fantastical. But if I win some big prize, I’ll go there.

RG: Do you have an image of your ideal reader?

RG: Why should someone read your book?

A.M.: Real books shouldn’t be read for any particular reason. They should be read for their own sake.

An abridged version of the interview was published in Russian in Rossiyskaya Gazeta.