Russian art in the land of the Dutch masters 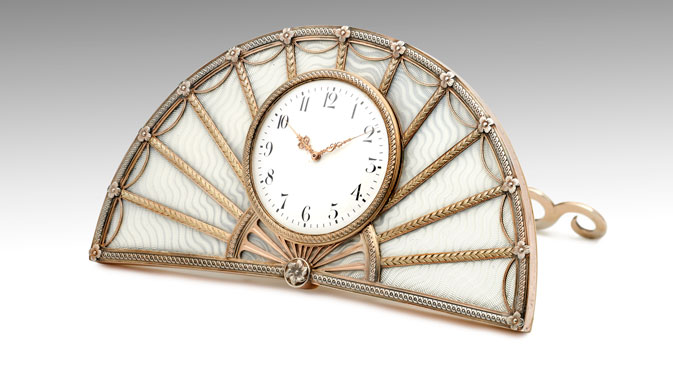 It's motto is 'excellent in art' and between March 13 and 22, Maastricht's TEFAF art and antiques fair will attract more than 270 gallery owners, museum experts and thousands of collectors to its opulent halls. Russian galleries will not participate, but famous works of Russian art can be found. RBTH's exlusive guide tells you where. 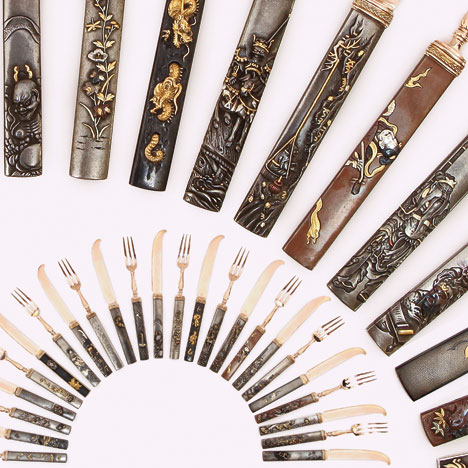 A set of 12 dessert utensils from the workshop of silversmith Julius Rappoport, who worked with Faberge. Source: Press photo

This gallery has a long history with Russian-Ukrainian roots and is known throughout the world as one of the main suppliers of arts and crafts with Russian imperial provenance - in particular, works from the famous House of Faberge. This year the gallery is offering a set of 12 dessert utensils from the workshop of silversmith Julius Rappoport, who worked with Faberge. Each knife from the set is made of gilded silver, resembling the traditional Japanese Kozuka. The inlays on the handles and cases contain religious and historical motifs, reflecting the court jeweller's passion for Asian Art.

Wartski, one of London's oldest antique dealers, has specialized in Faberge for over a century. Among the numerous precious trinkets on display in Maastricht are a carved caviar cup and a table clock from the Faberge workshop. The cup's bowl is made of orange-hued agate and its gold handle is decorated with sapphires. It was made in about 1890 in the workshop of Erik Kollin. The silver clock with fanned enamel is by Michael Perkhin dating to 1899-1903. 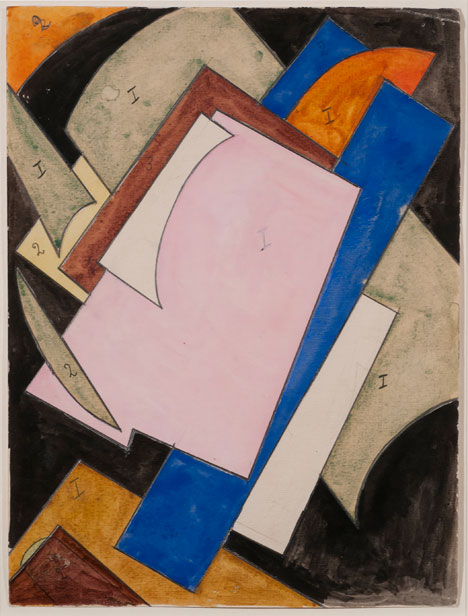 James Butterwick is one of the few London dealers who deal in Russian Art on a regular basis. Butterwick has participated in Moscow's Antiques Salon on several occasions. In Maastricht he will present Russian avant-garde drawings, including sketches and gouaches by Mikhail Larionov and Natalya Goncharova, Ilya Chashnik and Alexander Bogomazov. The highlight will be Lyubov Popova's 1917 suprematist gouache from the famous George Costakis collection worth more than £750,000 (€1 million). 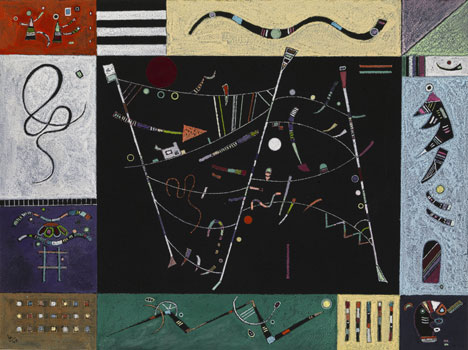 A study for the "Ensemble" by Vasily Kandinsky. Source: Press photo

Vasily Kandinsky's gouache on black paper is among the star pieces on offer among the London dealers specialising in the Impressionists and Modernists. His study for the "Ensemble" has excellent provenance. It belonged to Nina Kandinsky's collection and was later sold to the legendary Galerie Beyeler in Basel. The work travelled the world and twice went under the hammer in New York before being bought by private European collector in 2009. The gouache is signed by the artist and is dated 1940.

The owners of this Dutch gallery, located near Amsterdam, have been collecting Russian icons for more than 45 years and have been in the gallery business since 1980. Among the items on their stand will be the "Mark the Evangelist" icons from the 17th century and "The Six Days Icon" from the second half of the 17th century. "The Six Days Icon" silver case was made in 1830 by Fyodor Verkhovtsev, the famous Russian jeweller and Imperial Court supplier. The work comes from a private German collection. 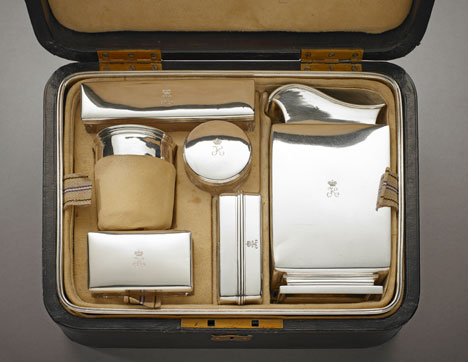 The German antiques dealer will be presenting a unique travel case with imperial provenance: a dressing case with silver decorations that belonged to Grand Prince Constantine Nikolaevich, the second son of Tsar Nikolai I and Alexandra Fyodorovna. The nine-piece set contained in a leather suitcase, are each decorated with a "K" monogram beneath an imperial crown. It was designed and produced by Pavel Sazikov, like Faberge, an official supplier to the Imperial Court.

Read more: The Fabergé saga: The fall of two empires