The untold story of the Russian Anzacs 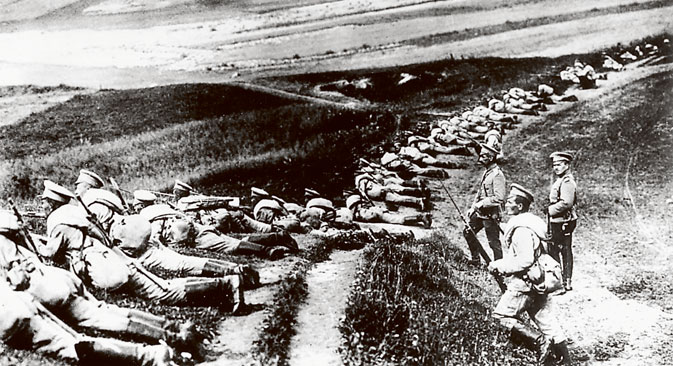 As this young nation grows, each new generation of Australians invests in the Anzac legend its own understanding of the past, reinvigorating the spirit of the legend with new facts uncovered by history. However, for generations it went without saying that the Anzac tradition was inseparably identified with the British stock of the Australian nation — something that prevented many émigré communities from fully engaging with the nation’s Anzac past. Only now, almost one hundred years afterwards, is the true diversity behind this national legend finally coming to light and we can reveal the full extent of the Russian contribution to this diversity.

Examining the Anzac story through the lens of its Russian component poses challenges, as Russia was often considered an enemy rather than a friend of Australia. During the Great War, however, Russia became an ally of the Empire, and Russian-born servicemen constituted the largest national group in the AIF of non Anglo-Celtic origin. Over a thousand natives of Russia enlisted in the AIF, of whom more than eight hundred served overseas.

The expression ‘Russian Anzacs’, which I use as an umbrella term for all these men, needs some clarification. In the multinational state that was the Russian Empire ethnic Russians comprised only half the population. The composition of the Russian enlistees reflected this diversity: many of them were not ethnically Russian; moreover, some of them had fled their native land owing to ethnic or religious persecution by the Russian state. Ironically, in the eyes of the Australian state and people, all these men were considered ‘Russian’ despite these split allegiances and ethnic differences, which complicates the task of determining the self-identification of these ‘Russian’ Anzacs. The largest group among them, comprising over half, was of Baltic seafaring peoples — Finns, Latvians, Estonians, Baltic Germans, and Lithuanians. Ethnic Russians, Ukrainians, Belarussians and Poles, who were already coming to Australia in increasing numbers as labourers, cane-cutters and, occasionally, as political refugees, accounted for roughly 30 per cent. The remainder consisted of Jews, Ossetians from the Caucasus, and Russian-born Western Europeans.

Russian émigrés had a range of reasons for enlisting in the AIF, including patriotic sentiments towards their new country, pressure exerted by the Russian consulate, or even unemployment. But their acceptance into the famous Anzac brotherhood was often hard-won: lack of English was one stumbling block. It was in battles fought together that their comradeship with their Australian mates was forged. Major Eliazar Margolin was a Jew who grew up on Russian humanist literature studying in Belgorod high school in Central Russia, and never lost his thick Russian accent. While commanding the 16th Battalion in Gallipoli, Margolin fought tooth and nail for the lives of his ‘boys’, who lovingly dubbed him ‘Old Margy’ — a recognition probably no less important to him than the official one acknowledging his bravery with the Distinguished Service Order.

New trials came when Russia withdrew from the war after the 1917 Bolsheviks’ coup. Favst Leoshkevitch, a seaman who leant English in the trenches from his Australian mates, would tell his son ‘what wonderful people our army people were, just soldiers, general soldiers. When the revolution erupted in Russia nobody spoke to [me] about it and [I] thought that was wonderful’. Not to reproach a mate with the actions of the far-away politicians of ‘his’ country — an attitude still cherished by the Leoshkevitch family. But the trials of history were not always so easily overcome. Peter Chirvin from Sakhalin fought at Gallipoli and on the Western front for four years, being wounded twice. Risking his life, he carried the wounded from the battlefield, for which he was awarded the Military Medal. He returned to Australia aboard the troopship Anchisesin 1919, soon after the so called Red Flag riots in Brisbane. When soldiers on board started abusing him, the only Russian around, as a dreaded ‘Bolshie’, their commanding officers knew about it but did not intervene. What they regarded as ‘the usual teasing that most foreigners got’ drove Chirvin to suicide aboard the ship, the last victim of the long war. 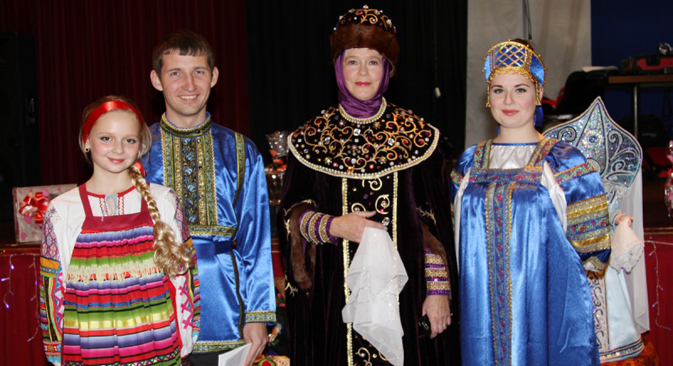 Many routes of those who made a home Down Under

Integrating the Russian Anzacs into Australian life after the war was no easy process either. Here it was Australian women who were the first to brave the ethnic and linguistic differences in marrying these strangers. Just like their Australian mates, these men hardly ever told their families about the horrors of the war, but their silence went deeper: they also left their Russian past behind. They never spoke about it to their children, who grew up without hearing a word of Russian, Estonian, or Ossetian from their fathers. In some cases the children only learnt that their father was born in Russia when they applied for a passport. This was the case for Pamela, the daughter of Norman Myer, a lieutenant on the Western Front and heir of the Myer Emporium. These men had burnt their bridges with their homeland because they had no wish to be associated with the Bolshevik-Stalinist taint of the new Russia. Some few returned there, but many of them were arrested and perished in the GULAGs.

Digital archival resources, a field in which Australia leads the world, enable us to tell the story of each Russian Anzac in detail. The website http://russiananzacs.elena.id.au accompanying my book Russian Anzacs in Australian History (UNSW Press 2005) has a page dedicated to each of them.

During this centenary period the Australian War Memorial is projecting the names of each fallen serviceman onto the façade of the Hall of Memory. From sunset to sunrise every night, there will be the names, simple names, with neither rank nor nationality, of those who fought and fell as Australians: and this will include the 162 names of the fallen Russian-born Anzacs. It is for us, Ukrainians and Latvians, Jews and Finns, Lithuanians and Belarussians, to preserve the memory of their origins.