Rabid phones, the first flies and a ban on sales of the last German Emperor 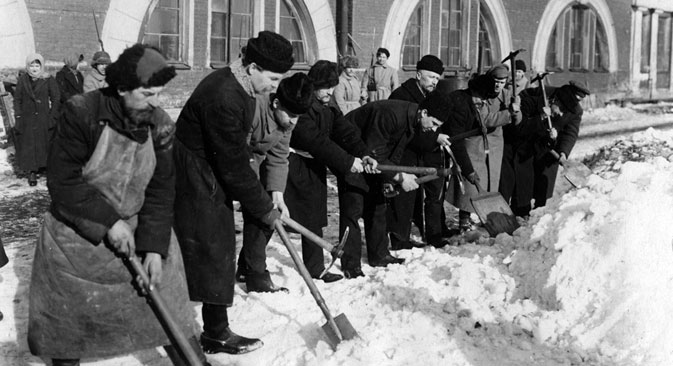 For the fourth day already, telephone subscribers living in the area of Sushchevskaya Ulitsa do not have a moment's peace. Telephones ring in the apartments of these ill-fated subscribers every second, around the clock. And when the subscriber answers the phone with the stereotyped phrase, "Who is it?" there is only some crackling in the ear piece – and nothing else!

The subscriber hardly has time to hang up and to move away from the phone – there's another call. And again, it turns out to be a "false alarm." The calls are really exasperating the users, bringing them to, as they say, white heat.

They call the repair service: "Take immediate action. Check phone number so-and-so! Incessant calls! Perhaps the wires got messed up!" A young lady from the repairs bureau promises to check... No use! The telephone in the apartment does not stop ringing.

A few days ago, the owner of the cross-country stables at Bashilovka in Petrovsky Park, Telegin, found that 585 rubles that he kept in a wallet in his desk had vanished. At the urging of friends, Mr. Telegin called for a police dog named Tref. The dog was allowed to sniff the wallet and desk. Tref rushed straight to the stables and began to throw itself and bark at one of the grooms there.

The latter confessed to the theft. According to the groom, he stole the money from the wallet at a time when he came into Telegin's office for a horse's bandage, and Telegin went to fetch it. According to his instructions, the pack of stolen banknotes was found hidden behind paneling in the stables. But as soon as the stack of banknotes was taken out, they were scattered in small pieces: The bills had been eaten by rats.

Wilhelm II and others

Many shops in the capital and the provinces, until recently, sold open letters, busts, etc. with the image of Wilhelm II and other members of the House of Hohenzollern. Now, according to newspapers, the Ministry of Internal Affairs has released a special circular memo to take measures to withdraw all such images from sale.

The first flies have appeared on the sunny side of house walls... This customary, annually recurring phenomenon should be noticeable to everyone this year. They say that flies appear in larger numbers during the war, as well as during the summer epidemics. Why? It is not hard to guess. Lots of dead bodies, puddles of spilled blood, pieces of meat scattered by explosions, bloodied and purulent bandages lying around, an aggregation of people and horses, trains packed with both, bivouacs, hospitals, all sorts of intrinsic waste and masses of the natural excretions of the animal organism – all this creates the best conditions for the spread of flies. "Russian like flies," says a certain British tourist, describing his trip to Russia. Russians rather disregard them, than like them.

Dumping sites in the city center

Since yesterday, street cleaners have begun dumping snow into the Yekaterininsky Kanal, the Fontanka and the other canals that penetrate the capital. Snow is brought not only from the streets and squares adjacent to the canals, but also from more distant ones.

The dumping of snow into the canals is very practical and beneficial for street-cleaning contractors, but it is a very unpleasant surprise for the inhabitants of the capital in general and those living in houses on the embankments of the canals in particular. All sorts of filth is dumped into the canal, along with the snow. When the sun warms up, the snow will melt, and the filth that found its way into the canals will spread a stench.

Read more press digests of the past in RBTH special section "Behind the Hedalines"!