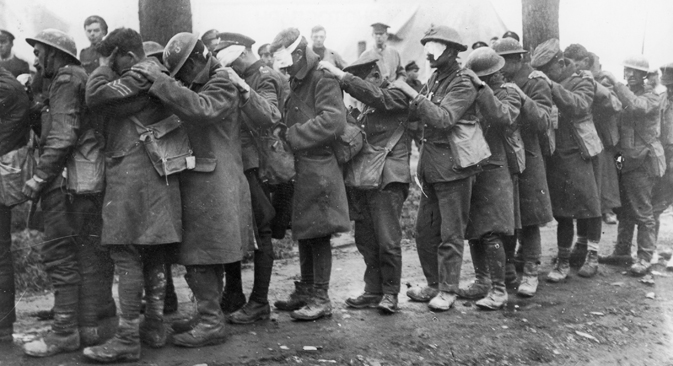 Soldiers of the World War I. Source: The Granger Collection / TASS

The current Great War raging through half of Europe, which is unprecedented in the might of the latest inventions in military technology – ground, air, underwater and above water, has had a well-known influence on the surrounding environment. Drastic and unexpected changes in ordinary temperatures have been observed since last year. The cold has arrived significantly earlier, the winter is harsh, full of snow and blizzards, while the spring is exceptionally late. The reasons to this will be found in the battles between armies of millions of men. The incessant shooting, the artillery cannonades shot from horrific weapons and the frightening mine and bomb explosions sending seas of fire and clouds of gas up into the air all cause a series of atmospheric changes.

A flower market was opened yesterday in the Great Hall of the City Duma for the benefit of war victims. The activity is being managed by the City Ladies' Committee headed by Y. Astrova. You can find hyacinths, lilacs, palms, laurels, roses and lots of other flowers. Sales are brisk.

On the eve of work in the fields

The severe winter is coming to an end… In the south of Russia, in the Black Earth zone, a beautiful spring has come into its own. The snowy cover has practically been lifted from the face of the earth, and its blackened remnants can be found only somewhere in the bottom of deep ravines, and maybe deep in the woods… But who will sow and reap the peasant fields? The Russian village has answered this question in a peculiar manner. Villagers believe that they do not need captives. Soldiers writing to their wives say that using the work of prisoners of war could introduce moral discord in their families, that soldiers will not work diligently and that it is probable that in the summer they will only burn the fields. The peasants are trying all they can to do everything by themselves. May God help them!

Devastation at a store

Last night a store by the name of Paramonov, located in the Sretensky Monastery, was broken into. The thieves entered through the window looking out on the courtyard, having broken the grating. Everything inside the store was turned upside down and devastated. All the storage units were broken into. Having taken clothes worth 2,726 rubles, the thieves escaped unseen.

A collaborator of Rech has visited the “Kindergarten” exhibition and, having studied the children's drawings, reported: "The children's drawings and modeling also contain elements of emulation, but there is more freshness and spontaneity here than in the exhibitions organized by adults and professionals. Both the Impressionists and the Futurists would have a lot to learn here." 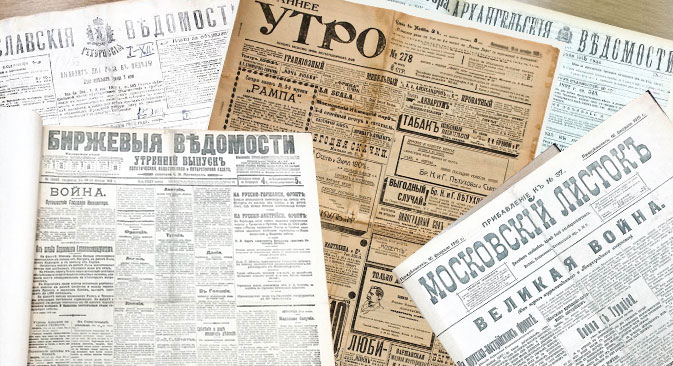