Irina Nakhova: The necessity for conceptualism may be returning today 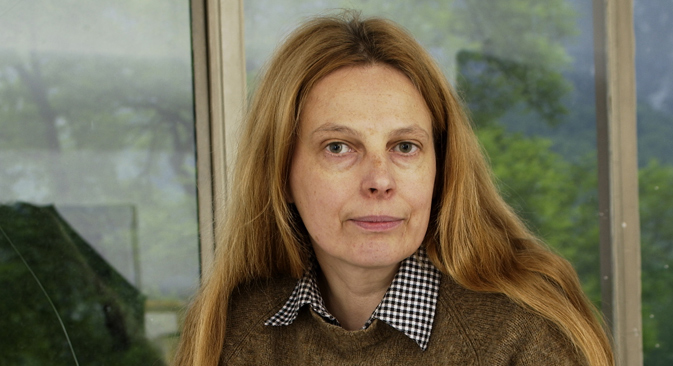 On May 9 the 56th edition of the Venice Biennale will open to the public. For the first time a female team is working on the Russian pavilion at the international contemporary art exhibition: Commissar Stella Kesayeva has invited the conceptualist artist Irina Nakhova and American curator Margarita Tupitsyna. RBTH spoke to Nakhova, the first Soviet artist to create ‘total installations’ directly in her Moscow apartment, about her Venetian project, “The Green Pavilion,” as well as her work and her international career. 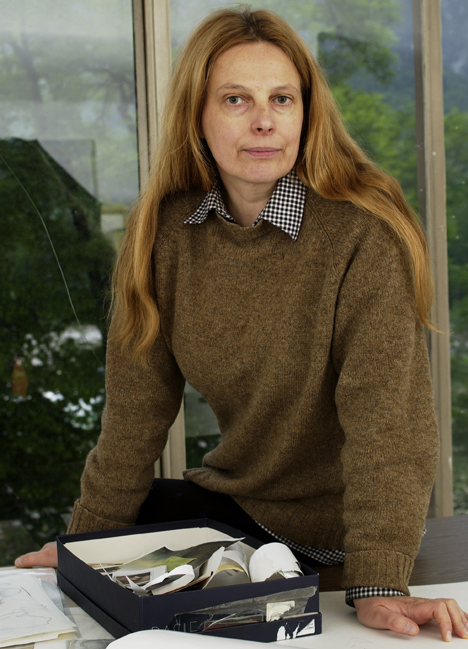 RBTH: Tell us about the project in Venice.

Irina Nakhova: It was Rita Tupitsyna who thought of the title, "The Green Pavilion." I agree with it. It is so neutral that it doesn’t reveal anything. It preserves the intrigue, but it will be memorable. It will be the first thing the viewer sees. In the last years the pavilion has been the color of a dried-up sand cake. I remember when I saw it a year ago something struck me, something that was wrong. I realized that it had to do with the color! I became obsessed with changing it. Then I started speaking with historians and it transpired that initially it had been green. That is how it was conceived by [Russian and Soviet] architect Alexei Shchusev.

What will be inside is still a secret. I can only say that it will be a total installation in "collaboration" with Shchusev. There is a dialogue between us. 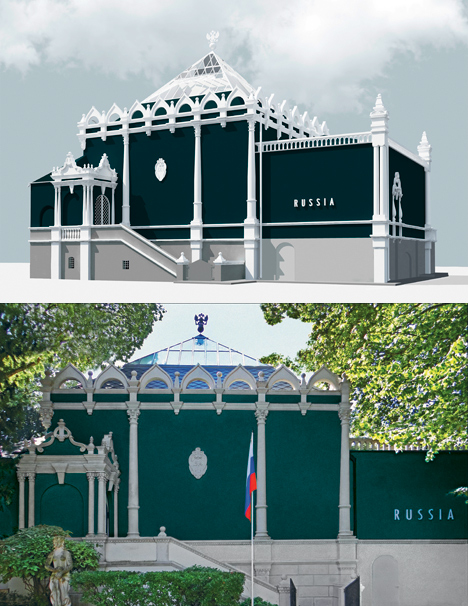 RBTH: You created your first total installations in your apartment. What for?

IN: Basically I created them because it was extremely necessary – in order to create new space and change the terrible situation of that period.

RBTH: How did it all begin?

IN: It all began when I was 13 and I met the conceptual artist Viktor Pivovarov and his family. It's funny, back then I used to hold his tiny son in my arms, Pasha Pepperstein, and then 30 years later I participated with him [Pepperstein – RBTH] in an exhibition in London. Back then I was fascinated with Viktor's works. They were fresh and unusual. He introduced me to his circle of friends, to many artists and writers. Meeting Viktor determined my fate as an artist.

The story with the installations began in the 1980s, in my apartment. I still live there. I've had the room’s dimensions in my mind for many years: 3.95 x 3.95 meters [13 x 13 feet]. I used to paint a lot, but was always intrigued by space, as well as by including some kind of architectural references in the painting. I love Mark Rothko. He doesn't even have these references, just space on canvas, which is actually perceived only in the flesh.

Those were the times of the terrible Brezhnev stagnation. It seemed that nothing was happening at all, that everything was going around in a vicious circle: just friends and art. Many creative people were depressed. The only thing that you could do was radically change the atmosphere surrounding you; become the architect of your own "journey." I created my first installation for myself alone, out of paper and paint. By painting on enormous pieces of Whatman drawing paper glued together I would expand the space around me.

RBTH: Your first personal exhibition was in New York. How did you get there?

IN: In 1988 Sotheby's held its first auction in Moscow. It dealt with the Russian avant-garde and contemporary artists: An eclectic selection. I was one of the youngest participants. I doubted very much back then that the exhibition had anything to do with art – I thought that it was a political move. The country was still closed, and all these western collectors and curators came.

There was the famous American gallery owner Phyllis Kind. She liked the works and started exhibiting the Russians in her gallery in New York – Erik Bulatov, me and others. One of the exhibitions actually was curated by Tupitsyna. I had three personal exhibitions in Phyllis's gallery. But she specialized in outsider art, plus Russian art. What I created definitely didn’t fit into the outsider category. And it didn't fit the strictly Russian theme that you could see in Bulatova either.

RBTH: You've created many large ‘total installations’ in Europe and the U.S. What happens to them after the exhibitions?

IN: Some are left in the museums, some are dismantled and their fate is unknown. After the “Momentum Mortis” exhibition at [Rutgers University’s Jane Voorhees] Zimmerli Art Museum, [renowned collector of Soviet art] Norton Dodge kept an installation of mine consisting of 16 enormous reliefs. It’s a modern Pompeii. He kept them in his warehouse in Maryland.

After Norton's death I received a letter saying, "We have your installation. What should we do with it? Please take it." I responded, "Alas, I can't!" Perhaps it doesn't exist anymore. Or maybe it's lying somewhere in the garbage…

RBTH: In your opinion, have there been any new movements in art after conceptualism?

IN: Good question. Of course, there's a lot of everything. For example, urban political actionism. Urban art. Artists who interact with the city, who hold flashmobs, paint walls…

IN: Sure, of course. I think so! I see how young artists, in one way or another, are picking up the style of conceptualism. This style is easily reproduced. It’s been tested, it has entered history. But the young usually lack the necessity and the essence. Conceptualism was born in the 1960s. There was a profound necessity for it and it contained a certain internal essence. However, perhaps this necessity is returning today. 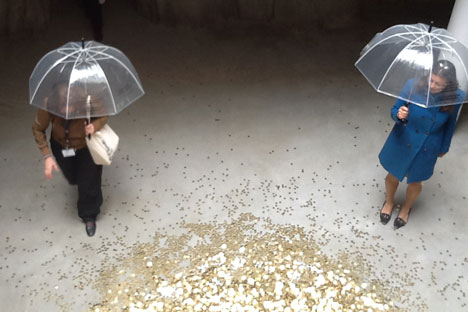