Legendary Soviet movie about pioneer camp to be shown at Cannes 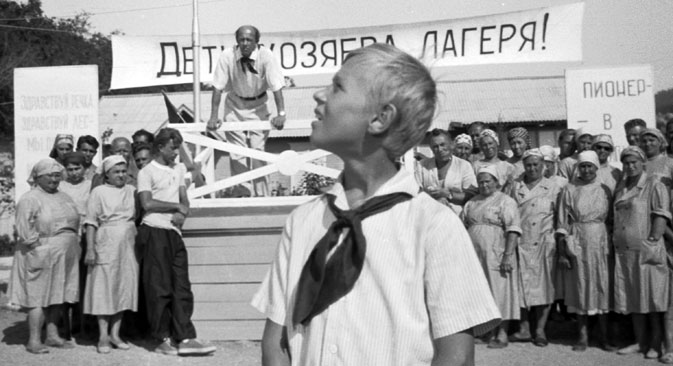 First international screening for Elem Klimov’s ‘Welcome, or No Trespassing'

A screenshot from Welcome, or No Trespassing movie. Source: RIA Novosti

The 68th Cannes Film Festival is to show the 1964 Soviet comedy Welcome, or No Trespassing, by Elem Klimov in its Cannes Classic section of historical and restored films, reports The Hollywood Reporter, citing Yelena Romanova, head of the Russia-based Open World Fund, which supports culture and cinematography.

According to Romanova, a number of classic Soviet movies from the 1960s that have never been internationally screened have been chosen to be screened at the request of the festival's directorate. Thierry Fremont, an executive director of Cannes, chose Klimov's comedy.

Welcome, or No Trespassing is an adventure comedy about life in a children’s camp for pioneers in the Soviet Union. The movie was released in 1964 by the personal order of Soviet leader Nikita Khrushchev after it had been rejected by the arts council responsible for approving new pictures.

“Once the movie was ready, it was accused of being anti-Soviet and anti-Khrushchev,” said Klimov in an interview with the Novaya Gazeta newspaper. "That was the first time I heard this word ‘anti-Soviet.’ As far as Krushchev is concerned, I thought we were being accused because of the corn that was slipped into the movie [in a satirical way – RBTH].”

“But the reason was worse: The cause of the accusations was a scene featuring the imaginary funeral of a grandmother, whose enlarged portrait was carried above the procession. When magnified it becomes clear that the grandmother has almost no hair. The censors from Goskino [the USSR State Committee for Cinematography – RBTH] caught us here and said we were burying Khrushchev."

The movie has already been shown in France: In 1966 it won a special prize at a festival of films for youth in Cannes and the next year was awarded the Jury prize and the prize of the parents' jury at the “International meeting of movies for youth” in Cannes.

Welcome, or No Trespassing will be the first Soviet movie to be shown in the Cannes Classic section.

Materials from Lenta.ru and Novaya Gazeta were used in this Combined report. Watch the movie in English