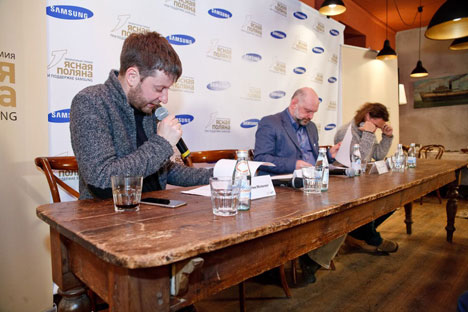 India-born author Aravind Adiga, who won the Man Booker Prize for his first novel ‘The White Tiger’, is among the nominees for the Yasnaya Polyana Literary Award for 2015. This is the first time that the award includes a Foreign Literature category, making it Russia’s first truly international literary award.

This is the first time that a foreign literature category has been included, making Yasnaya Polyana Russia’s first truly international literary award. A panel of experts, including translators, foreign publishers and literary critics will choose the most noteworthy foreign book of the 21st century, along with the book’s Russian translation.

The prize money for the Foreign Literature category will be divided into two parts: the winner (a foreign writer) will receive 1 million rubles ($19,400), while the translator will receive 200,000 rubles ($3,880).

The winner of the award will be announced in October 2015.

Vladimir Tolstoy, chairman of the Yasnaya Polyana prize committee expressed his delight at the fact that the scope of the award had been widened this year, and was particularly pleased that the new category is for foreign literature.

“On the one hand this is my personal nostalgia for the days when we were absorbed by world literature,” said Tolstoy, who established the International Writer’s meetings at Yasnaya Polyana in 1996. “We did not have a fully fledged beacon of world literature in those days, and I hope that the nominees for the Foreign Literature category can become such a beacon. The first winner of the prize is extremely important, as he or she will establish a trend.”

The list for the Foreign Literature category includes 33 works by authors from different countries.

The Indian writer Aravind Adiga is among the nominees, for his novel ‘The White Tiger’ (Atlantic Books, 2008).  The novel, published in Russian in 2010, was translated by Sergey Sokolov.

‘The White Tiger,’ Adiga’s first novel, received wide acclaim and won him the 2008 Man Booker Prize. It is about a poor Indian farmer, Balram, and the difficult reality of his life in the context of India’s growing economic prosperity.

Adiga, born in Chennai in South India in 1974, subsequently emigrated with his family to Sydney, Australia after completing his high school education, in 1993, and is an Australian passport-holder. He graduated in English Literature at Columbia University in New York and later did his graduate studies at Oxford University, after which he worked for a while as a journalist, with the ‘Financial Times’ and ‘Time’ magazine. He has written two books since, ‘Between Assassinations’ and ‘Last Man in Tower’ but without the kind of success that ‘The White Tiger’ received. Adiga moved back to India after he began writing seriously and presently lives in Mumbai where he also writes short stories and essays.

He is the fourth Indian-born author to win the Booker prize, after Salman Rushdie, Arundhati Roy and Kiran Desai.

“Leo Tolstoy’s literary masterpieces are the gold standard in world literary culture. They serve as the moral reference point in Russia and many other countries across the world,” said Sergey Pevnev, director of Samsung Electronics’ Corporate Relations Department. “We are delighted to support foreign authors who honour classic Russian literary traditions in their work and contribute to promoting Tolstoy’s literary traditions in Russia and abroad.”

The annual YP literature competition was established in 2003 by the Tolstoy Estate and Museum at Yasnaya Polyana and Samsung Electronics. It recognizes works that preserve the traditions of classic literature and also represent relevant trends in modern Russian writing.

‘Foreign Literature’ is the award’s fourth category. Between 2003 and 2011 there were just two categories: ‘Contemporary Classics’, which recognized established modern authors, and the ‘21st Century’, awarded to books written after the year 2000. A third category, ‘Childhood, Boyhood, Youth,’ was added in 2012, from the name of Leo Tolstoy’s famous autobiographical trilogy, and the prize is awarded for children’s literature.