Lentils and beans in honor of Soviet vegetarians 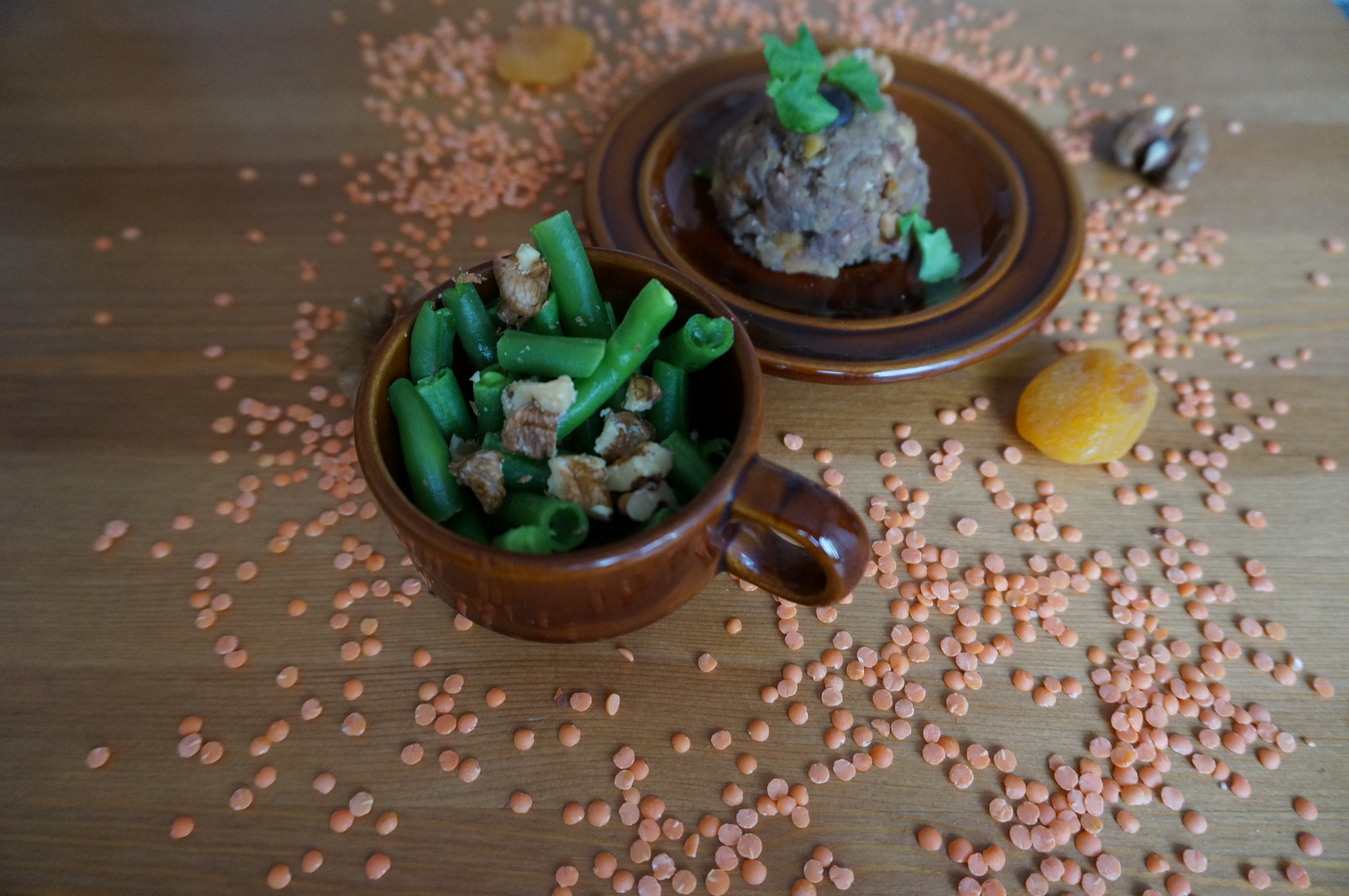 It took alot of eccentricity and determination to be a vegetarian in the Soviet Union.

When I was preparing to make kulich for a previous blog, I spent days talking to everyone I met about making kulich, naturally. My obsessions have to be everyone else’s too, don’t they?

One of the girls I spoke to said she was a vegan, and was going to make vegan kulich. It didn’t strike me as too unusual, but then it occurred to me that a big part of kulich being so special is that is has all the things you weren’t allowed to have in the long period of Lent – eggs, milk and butter.

Today, there are lot of food movements – vegetarians, pescetarians, vegans, gluten-free, sugar-free, caffeine-free, only sugar and caffeine… (oh wait, maybe that one is just in my dreams). Russians do not have as strong an obsession with making our own food choices as people do in the West, but it’s there nevertheless.

We have a lot to choose from, so we can afford to get all fussy. But back in the day, when what you procured was what you ate, were there people who made a choice to eliminate certain food groups?

This week’s dinner made me think of vegetarians in the Soviet period – I chose to make lentils with dried apricot, and onion and beans with walnuts.

The dishes I made turned out really nicely, although I had to serve some fried chicken on the side to make sure my husband was happy.

Looking to satisfy my interest in vegetarianism in the Soviet period, I turned to a very dear family friend, my “adoptive grandfather” – an 82-year-old physicist, who works all night, sleeps all day, doesn’t eat meat, speaks very good English, has a great sense of humor and sings with the voice and enthusiasm of a 20-year-old. Eccentric? Most certainly, but is that what it took to give up meat over 30 years ago?

“I became a vegetarian in 1982, and believe that being a vegetarian allows you to live without pills – you don’t get sick. Of course, people thought and still think that I’m strange, eccentric.

“When I would go to wakes, I would usually just eat salads, and I would eat all the parsley and dill on the table, as well as onion on the onion & herring plate.

“I really can’t go to hospitals – they never have vegetarian options there. Once I had to serenade (literally) the canteen ladies so they would give me more non-meat food – and they gave me so much I had to take some home!

“Back in the day I knew 2 more vegetarians – one was also a physicist, and not just a vegetarian, but a raw food eater! I saw him recently, and he said he went back to the normal diet, said it was too hard.

“I’m sure there were more vegetarians around though, and always have been, but it’s hard to be a vegetarian in this country.”

Can I raise a glass of wine/organic smoothie/soy decaf latte/ionized water/kefir to eccentricity, vegan kulichi and freedom of choice – even where doesn’t seem to be much to choose from? It’s about time I worked a toast into this blog! 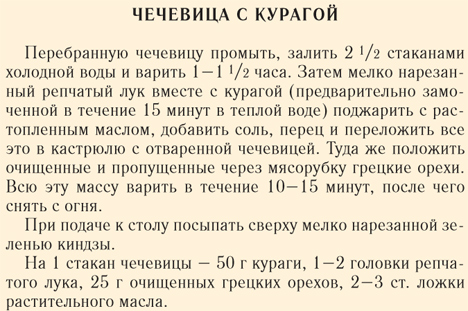 The recipe from the Soviet Cook Book, page 248

Wash the lentils and pick out any bad ones. Put them in a saucepan with 2 ½ cups cold water and simmer 1-1 ½ hours or until cooked.

Soak dried apricots in warm water for 15 minutes, then chop them. Saute apricots and onions with oil, add salt and pepper to taste, then combine with lentils. Add walnuts. Cook for 10-15 minutes, then remove from heat. Sprinkle with chopped greens to serve. 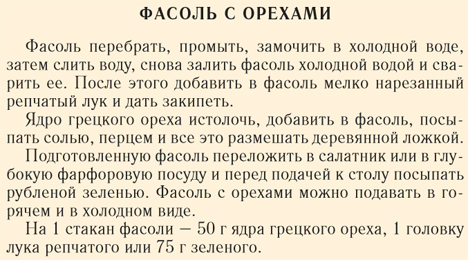 The recipe from the Soviet Cook Book, page 246

Sort and wash beans, soak in cold water, then drain. Put beans in a pot, cover with water and boil. Then, add chopped onions and allow to boil.

Pound the walnut into small pieces, add to beans, add salt and pepper to taste and stir with a wooden spoon. Before serving, sprinkle with chopped herbs. This dish can be served hot or cold. 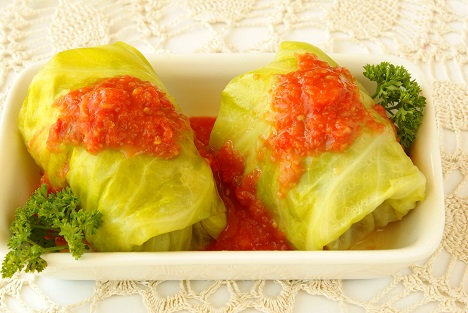