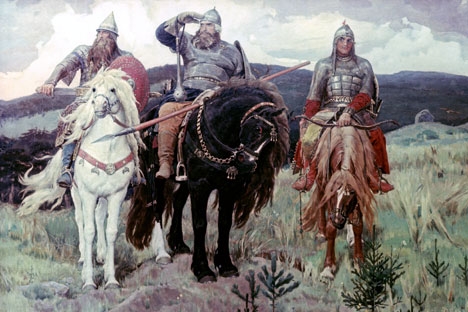 Essential to the conquest of forest foes and enemy forces alike, the rogatina was the key armament of the early Slavs, and proved so effective in unmounted combat that its design remained unchanged for five centuries, with the weapon in service right up until the late 1600s.

Resembling a spear but packing a far deadlier punch, the rogatina was among the first and the most feared arms of the ancient Slav warriors,

The weapon’s spear-like design is immediately recognizable, but its characteristics put it in a class of its own, with only vague parallels among the arsenals of the early Slavs’ neighbors and perennial enemies the Vikings.

A key distinction compared with spears in European service was the size and weight of the rogatina. While most spear heads weighed no more than 14 ounces (400 grams), the Russian weapon carried a formidable metal head weighing up to 1 kilo and almost half a meter in length. Two-thirds consisted of a double-edged blade shaped like a bay leaf and measuring up to half a centimeter in thickness. A small perpendicular crosspiece functioned as a hilt, and the weapon was in some respects a mighty dagger fixed to a wooden shaft taller than a person, capable of slashing and stabbing, and leaving gaping wounds in man or beast.

Originally made to take on the master of the forest, the bear, the rogatinacould deliver a mortal blow to an ursine attacker, which when wounded would instinctively throw itself onto its feet, driving the blade in deep under its weight.

But its combat effects were no less devastating, and Russian soldiers bearing the rogatinaare described in early 12th-century chronicles. A century later, the Mongol-Tatar invasion marked a new chapter in the development of Russian edged weapons, but the weapon’s design was so successful that it went unchanged for five centuries, mainly used in unmounted battle. 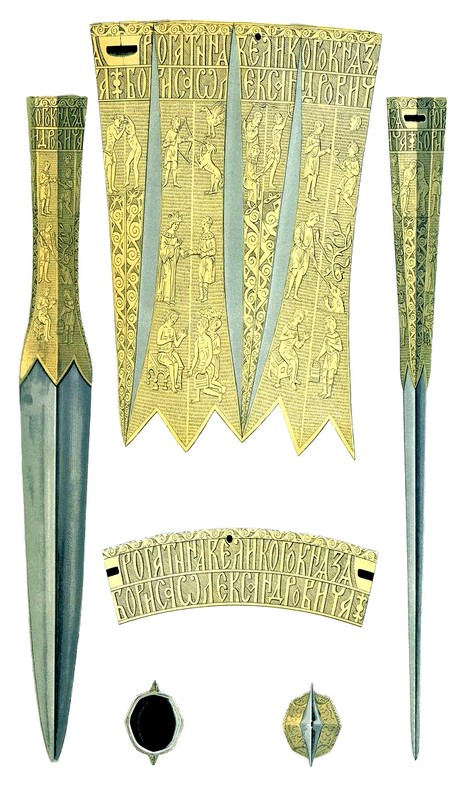 However, its effectiveness did depend on the head being firmly attached to the shaft, and troops not anticipating battle might detach it for ease of carrying or storage. In 1377, the rogatinamissed its chance to shine by saving Nizhny Novgorod prince Ivan Dmitrievich from a crushing defeat by the Tatars on the Pyana River. Caught unawares by a surprise attack, many of the prince’s warriors were drunk and could not affix the rogatinaheads in time to stave off the onslaught. By contrast, Russian forces armed with the weapon successfully repulsed the Tatars from Ryazan in 1444.

Toys for the aristocracy

The rogatinawas used in battle until the end of the 17th century. But while seemingly a foot soldier’s weapon, ornate renditions of the weapon were also popular with the wealthy classes. One particular masterpiece forged in the early 15th century belonged to Prince Boris of Tver. Apart from the fine quality of the blade itself, the long sleeve which fits onto the wooden shaft bears an elaborate silver engraving depicting the heroic exploits and then the tragic death in battle with the Tatars of the weapon’s former owner, Prince Mikhail.

Under the military reforms of Tsar Peter I (the Great) in the early 1700s, the bayonet was introduced as the basic edged weapon of the infantry, while the rogatinawas phased out of service. But it retained its place in the forest and was the choice weapon of ordinary Russians against bears up to the early 20th century, and retained its allure for some royalty too: Taking on bears with the weapon was a favorite pastime of the physically imposing Tsar Alexander II (1818-1881).

One such encounter was witnessed by Prussian statesman Otto von Bismarck during his service as ambassador to Russia. The writer Count Leo Tolstoy also enjoyed ‘death or glory’ hunting with a rogatina, although it is known to have almost cost him his life on at least one occasion when he fell into the clutches of an angry bear.