The Home Army: Polish guerrillas against the Red Army 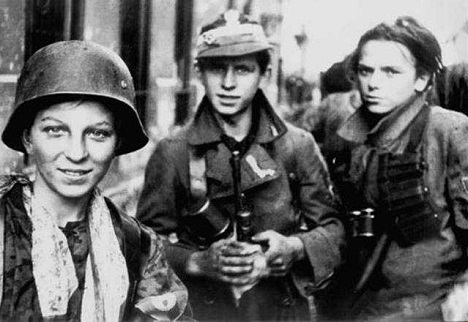 Shortly before the 70th anniversary of the victory over Nazism, amid the differing interpretations of events of that time, not least due to the current political situation in Europe, another historical controversy went public: the Russian-Polish one, over the activities of the Polish Home Army rebels at the end of the war and early post-war years.

In the months leading up to the 70th anniversary of the victory over Nazi Germany, Rosarchive, the Russian agency for state archives, published dozens of documents that tell of attacks against Red Army soldiers and officers by soldiers of the Home Army (or AK, for Armia Krajowa), who are considered as national heroes in Poland, fighters against the Nazi occupation.

Russian publication of these historical documents has been largely condemned in Poland. Lukasz Kaminski, head of the Polish Institute of National Remembrance, the organisation responsible for state historical policy, said the publication was reminiscent of “the times of Communist propaganda” and aims to “blacken the heroes.” It is “yet another example of the fact that modern Russia is increasingly based on the legacy of the Stalinist Soviet Union,” he said.

In his comments to the Russian publication the head of the Polish state archives Vladislav Stenpnyak reproached it for being one-sided and urged it to also make public the documents about the AK being persecuted by the USSR and the pro-Soviet Polish authorities. 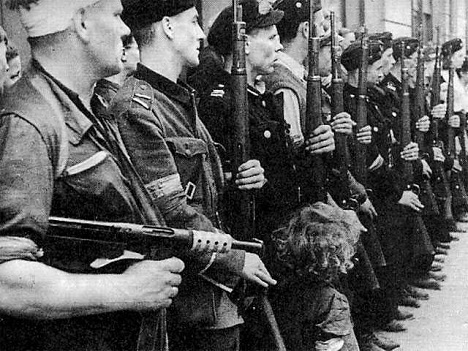 Historian Albina Noskova, who wrote the foreword to the published evidence, told RIR that she is aware of the harsh reactions in Poland, but insisted that historical accuracy was the most important thing, and the new documents, declassified by the Russian archives and included in the publication, are true.

AK was a popular and definitely patriotic organization, Noskova said. According to data featured in historiography, the AK strength in 1944 ranged from 150 to 350 thousand. The AK structure was three-layered: those on reserve duty, who would, by government order, report to collection points; those on active duty, who were engaged in sabotage; and those who, since 1943, formed guerrilla groups to fight. According to Noskova's estimate, in the summer of 1944, when the Red Army entered Poland, there were about 25,000 of them.

According to Noskova, AK was “a politically complicated formation,” uniting people with very different views. As another Russian historian Mikhail Meltyuhov pointed out, AK acted as the military force of the Polish government in exile in London, which held an anti-Soviet stance.

AK had a clear political challenge; to prevent Moscow gaining control over Poland and the country from getting into the Soviet sphere of influence. “The concept was for the AK to liberate particular towns and villages from the Nazis on its own and then to meet the Red Army as hosts,” said Noskova. Such efforts kept being repeated, but the AK continued to fail to take the major cities, as “It was impossible for guerrilla forces to oppose Hitler's regular army.”

As the Soviet troops moved deeper into Poland, it became obvious that the AK was unable to perform the task set before the insurgents, and many members of the Polish armed underground were attacking the Soviets instead of fighting against the Nazis. From the summer 1944 to May 30, 1945, about 800 Soviet soldiers fell victim to such attacks, while 171 of them were killed in the second half of 1945. According to the historians, this data is incomplete.

According to Russian historians, the forces of one anti-Hitler coalition member were attacked by the military of another member of the same coalition.

This issue was raised by Joseph Stalin at the February 1945 Yalta meeting. Winston Churchill and Franklin D Roosevelt said in response that the Red Army should have a secure rear. 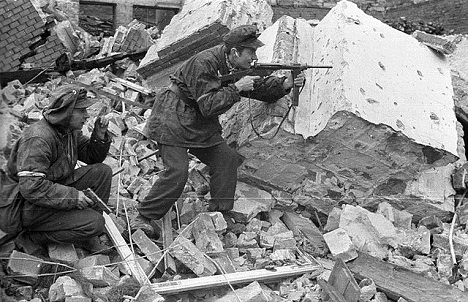 "Anna" Company of "Gustaw" Battalion in the region of Kredytowa-Królewska Street. Source: wikipedia.org

“They actually supported the actions of the USSR on disarmament...of the AK troops ... And they took on the responsibility for suppressing the Polish underground,” Noskova said.

The other way the Soviet party was “cleansing” the rear of the hostile military units “was the repression against the AK members,” their forced disarmament and the arrests.

The well-known Polish historian Grzegorz Motyka said in his interview to “Gazeta Wyborcza,” that the sequence was strictly reversed; the attacks against the Red Army were a response to the Soviet repression.

However, according to Meltyuhov, Moscow had sought to reach an agreement, but the rebels were reluctant to accept the conditions of the Soviet Union, which resulted in severe repercussions against members of the AK. Meltyuhov also points out that in the mid-1940s, a civil war was unfolding in Poland; between the AK and the forces of the new pro-Soviet Polish government.

As the historian Alexander Vershinin noted, in addition to the political tensions, the ethnic ones also played a certain role: the clashes between the AK and the Ukrainian nationalists from the Ukrainian Insurgent Army. Only towards the end of the 1940s, with the expansion of social support base of the new Polish government was the armed underground put down.