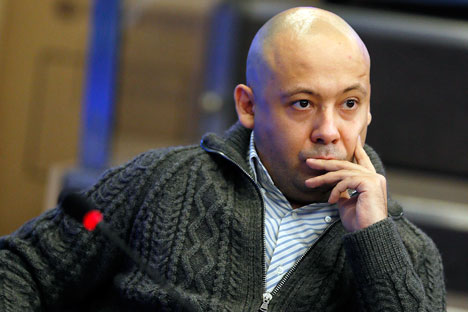 Russian director Alexei German Jr., the winner of the Silver Lion award at the Venice Film Festival, has begun work on a new project dedicated to several days in the life of Russian writer Sergei Dovlatov in 1971.

"I am interested in Dovlatov himself – not a fictional persona but the writer, who actually existed. And, of course, I am interested in the Leningrad of the early 1970s,” German said in an interview with the Rossiyskaya Gazeta daily.

“There is no shortage of films about Moscow of that time; there have been quite a lot of films about sports, loads of war films. But we have almost no films about the people who created outstanding Russian culture. I think it's a huge omission. Leningrad was the center of the cultural life of the country at the time," said German.

"Dovlatov for us is precisely like Muhammad Ali for the Americans. At least for the intelligentsia."

The director has been developing the script of the film in cooperation with the writer’s daughter, Katherine Dovlatov. Some time ago, she turned to German with a proposal to make a film based on the works of his father. Pushkin Hills (original Russian title: "Zapovednik," or The Reserve), which Katherine had recently translated into English, were considered among the options.

"During the discussions, Alexei became interested in the fate of the writer and the creative life of Leningrad of the 1960-70s in general,” Katherine Dovlatov said in a conversation with the TASS news agency.

“I think he is interested in this era also due to the recent loss of his father, who also belonged to that generation. I think this is a kind of tribute of the son to his father. The script is yet to be finalized, the work on it goes on, and my mother and I keep in close touch with Alexei."

The film Dovlatov will present four days of the author's life in 1971, when he actively wrote short stories that no Soviet magazine was willing to publish.

"The year of 1971 was the peak of the era's excitement. It was the time when Brodsky was still in Leningrad and Dovlatov had not yet begun to pack his suitcases to go to Tallinn,” said Alexei German Jr.

“This is the time when they were young. This, incidentally, is very important. We do not want to make a film about the horrors of life in the Soviet era. No, we are interested in making a film about the happiness of youth," he said.

"In addition, it is also a film about incredible love. About the complex relationship of the writer with his second wife, Yelena. They would unite, part and unite again – none of this matters. What's important, as it seems to me, is that there would not be Dovlatov as a writer without Yelena."

Currently, the director is looking to cast lead roles – actors will be sought not only in St. Petersburg and Moscow, but also in Europe, Israel and the United States. Alongside Dovlatov, the film will feature writer Joseph Brodsky, theater director Georgy Tovstonogov, and various artists and authors. German is planning to cast actress Chulpan Khamatova in the role of the writer's wife, Yelena.

Filming is scheduled to start in the fall and will take place in St. Petersburg and the surrounding areas of the city. The authors plan to recreate the Leningrad of the early 1970s as authentically as possible. Many streets will be thoroughly decorated in the style of that era, while the now-defunct Cafe Saigon and the offices of literary magazines of the time will be built in the studios of Lenfilm.

Based on materials from TASS and Rossiyskaya Gazeta. 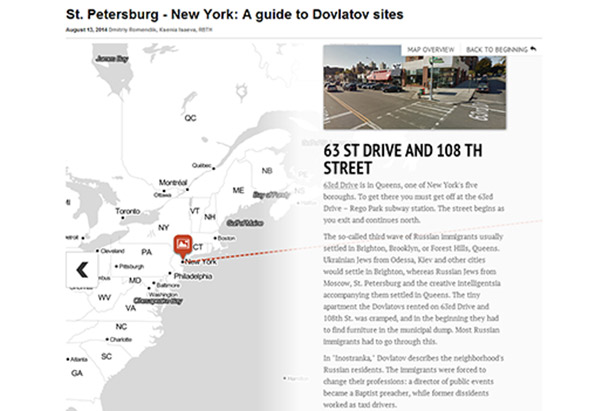