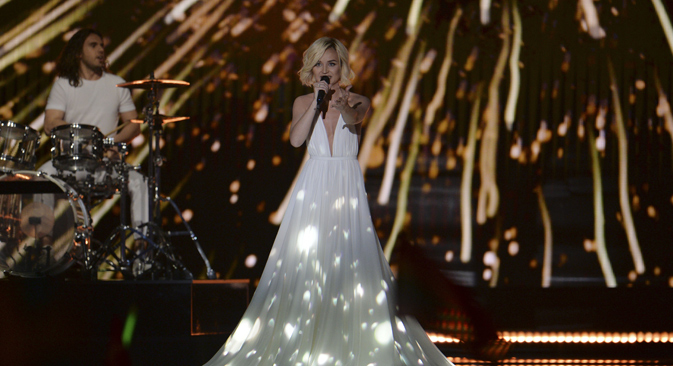 Despite leading the rankings with half of the voting results announced, Gagarina's song "A Million Voices" eventually finished as runner-up with 303 points as Sweden's Måns Zelmerlöw's "Heroes" surged to victory with 365 points.