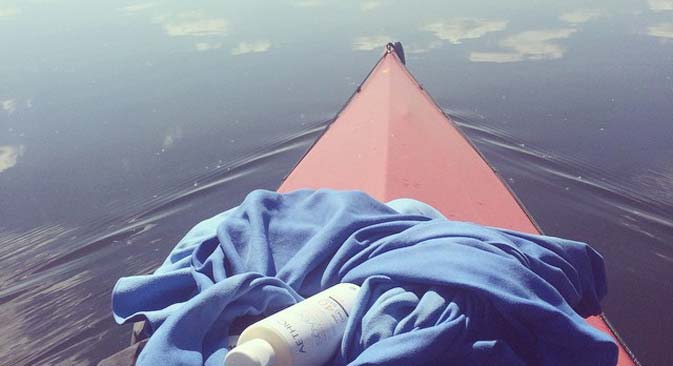 Laura Kennington will travel the length of the Volga alone.

The story of British writer and blogger Laura Kennington has become a hit on the Russian internet: The 28 year-old woman has decided to kayak the length of the Volga – the longest river not only in Russia, but in the whole of Europe. The journey will take her three months, during which time she will navigate 2,175 miles of the famous waterway.

Internet user Anton Tarasenko first brought news of the intrepid British woman's travels to the web in a Facebook post. Tarasenko said that Kennington does not know a word of Russian.

"There will be cities along the Volga where she should meet and talk with someone, even stay at their home for the night. There are many cities there, and you or your friends can help her," he wrote.

Moreover, Tarasenko said that Kennington "will write a book about Russia, a view from within, a look at how we really live and not how TV shows it."

By May 28 the announcement had received more than 2,400 likes on Facebook and over 13,000 people had shared the post on their own blog.

Tarasenko's post shows the itinerary that Kennington will follow. The explorer herself has already embarked on her voyage: On May 27 she published a photo of her riverside camping spot for the evening and a description of her supper: "Tonight's camp spot and tonight's dinner (chicken flavour noodles and baked beans – delicious!)"

Many people from cities on the Volga are commenting on Kennington's notes. Tarasenko says that in total Kennington has already received around 1,000 messages. A group of members of Russia's popular social media site VKontakte has also been set up to help the young British explorer.

Beyond the Volga: Three hidden gems along Russia's Mississippi