Inna Parfenova
specially for RIR
The 110th birth anniversary of author and Nobel laureate Mikhail Sholokhov this week provides an opportunity to take a fresh look at some of the most interesting facts about his life and work. 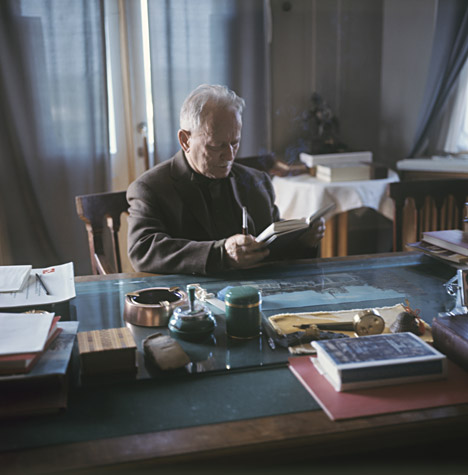 Best known for his four-volume magnum opus ‘And Quiet Flows the Don’ (1928-1932), Mikhail Sholokhov’s epic novel narrated the tale of the Don Cossacks during World War I and the Civil War that followed. While it remains a must-read classic of Russian literature, the mystery surrounding the author and his antecedents has attracted controversy and praise in equal measure.

1) The chronicler of Cossack lives was not a Cossack

Mikhail Sholokhov grew up in a Cossack khutor – or village --comprising a small collection of homesteads, but whether he was born there or indeed, where he was born, is not clear. Although Sholokhov wrote vividly and extensively about Cossack lives, he was himself not a Cossack. His father was a middle-class manager of a steam mill, and his mother was a peasant who had worked as a servant before her marriage. Sholokhov was an illegitimate child, whose mother was coerced into initially marrying a man who was not his biological father. Only after his stepfather’s death did his parents finally get married.

In 1964, French author and philosopher Jean-Paul Sartre rejected the Nobel Prize for Literature. In a statement on the occasion, he expressed regret that the previous prize had not been awarded to Sholokhov, and that "the only Soviet work that received the prize was a book published abroad and banned in its own country," (referring to Boris Pasternak’s ‘Doctor Zhivago’ which won the Nobel Prize for Literature in 1958)

It is widely believed that this statement influenced the Nobel Committee which decided to award the prize to Sholokhov in 1965, "for the artistic power and integrity with which, in his epic of the Don, he has given expression to a historic phase in the life of the Russian people."

3) Film adaptations of the novel And Quiet Flows the Don

The novel was adapted for the screen three times in Russia during the 20th century (1930, 1958, 1992). The 1958 screen version made by renowned director Sergei Gerasimov has received numerous international awards. 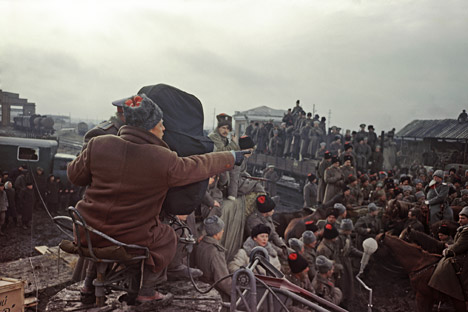 During the filming of Gerasimov's version. Source: TASS

The equally famous Sergei Bondarchuk, who had already won an Oscar and a Golden Globe for his screen version of War and Peace, directed the third version.

This film was co-produced by the USSR, UK and Italy. The Italian producer filed for bankruptcy, and an Italian bank seized the almost completed film as part of the debt proceedings.

Bondarchuk died without seeing the film on screen; his son, Fyodor Bondarchuk, later produced an abridged version for TV.

Sholokhov worked from the age of 15 in a variety of professions, including as a porter and a schoolteacher. In 1922, while working as a village tax inspector, he was arrested for taking a bribe and sentenced to death by firing squad at a tribunal.

His father paid the hefty bail amount and produced a certificate to the court stating that Sholokhov was 15 and not 17 as stated in the earlier records. His death sentence was then commuted to a year in a penal colony for minors. While Sholokhov was being transported to this prison under escort something happened, and he never arrived at the prison. Neither did he serve any time. It remains unclear exactly what happened during that journey.

Critics have challenged Sholokhov’s authorship of ‘And Quiet Flows the Don’, alleging that he had taken credit for the work of a ‘White’ officer who had been shot by the Bolsheviks. These doubts were also fuelled by speculation about how such a profound, lengthy, subtle work could have been written by a 21-year-old with little education.

The issue was finally resolved in 1984, when the Slavicist Geir Kjetsaa and his colleagues conducted extensive linguistic tests on the work,that supported Sholokhov’s authorship.