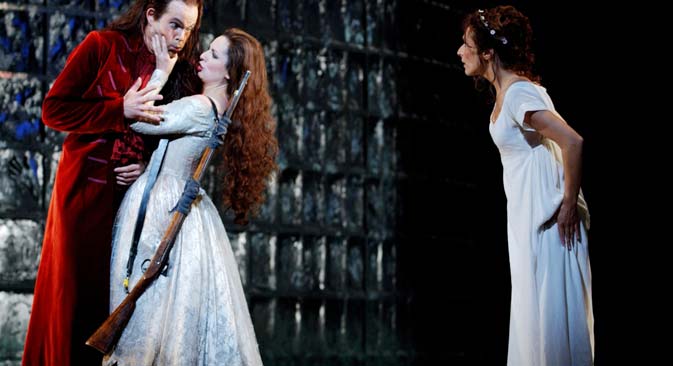 Albina Shagimuratova and Julia Lezhneva are to perform arias of Donna Anna and Carlina in the opera Don Giovanni at London's Royal Opera House, Covent Garden, the theater says.

Shagimuratova, 35, is an award-winning Russian singer, and champion of the international Tchaikovsky contest. She holds the title of People's Artist of the Republic of Tatarstan. She first sang at Covent Garden in 2013, performing the role of the Queen of the Night in Mozart's Magic Flute.

Sakhalin-born Lezhneva, 25, is a graduate of the academic music college of the Moscow Philharmonia Orchestra who went on to study music in Cardiff, where famous tenor Dennis O'Neill was her teacher. She is also a laureate of a number of musical competitions and well known for performing operas at her concerts. She has also recorded several solo CDs.

Don Giovanni, directed by Kasper Holten, the head of the Royal Opera, will be performed in Covent Garden from June 12 till July 3.